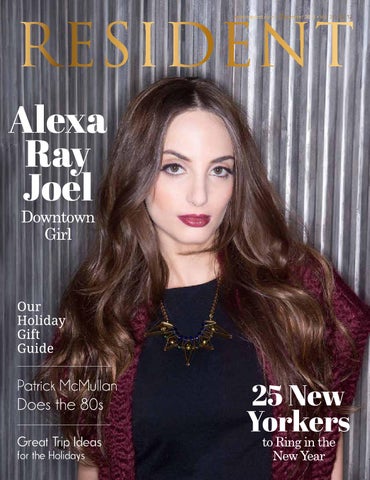 The daughter of two legendary New Yorkers, she’s fast becoming a musical icon for her generation. Gracious, well-spoken and not to mention, extraordinarily beautiful, Alexa Ray Joel is the new IT girl of the city’s music scene.

The only child of award-winning musician Billy Joel and supermodel, Christie Brinkley, Alexa Ray is thriving as both a musician and as an arbitrator of taste. And it isn’t luck that has propelled her this far – it’s hard work, talent and perseverance. It shouldn’t be surprising then that her career is destined to explode and turns her into a household name – one as big as her parents. 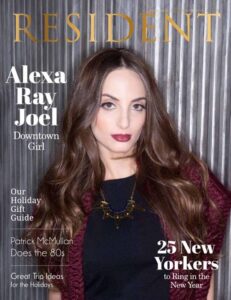 Delving right into the heart of the mater, I asked her about “living in the shadow” of her parents. With frankness, she replied: “It’s a great deal of pressure, but doing this Gap song – which I thought, if anything, was going to put more pressure on me – of course, I am self-conscious – my father is an iconic, legendary musical genius, but the experience was cathartic and helped to relieve the pressure about singing one of dad’s songs. I can appreciate his music even more, because I know the back story; a lot of the material is about me or my mother. I always wanted to touch upon his music, but was always scared – this was a relief.”

Having a father who was a lyricist, I can well understand the struggle that Alexa Ray has gone through. Yet, she has wrestled that demon and come to terms with it, “Yes, I want to be me my own person and convey my own identity, but at the same time, I don’t want to deny or not pay homage to my father’s incredible body of work. Before taking on the Gap commercial, I was reticent to touch his work, but once I started playing the chords for Just the Way You Are, it was therapeutic – I was able not to be so hard on myself; in fact, I was proud.”

Visit NBCNews.com for breaking news, world news, and news about the economy