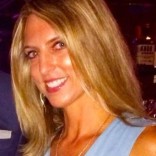 A SOPHISTICATED SPA DESIGNED FOR MEN

Coachella Music Festival is not just about the music anymore. The fashion and events hosted by countless brands have taken center stage before and after the main event. Although the parties not associated with the festival occur at nearby hotels, estates, and equestrian parks, the outpouring of sponsored parties increases each year and turns the Coachella valley area into a full-blown party mecca.

Branded parties offer complimentary drinks, food, live musical acts, and often beauty and fashion stations to get that festival look just-so – from hair styling stations and festival glitter and color makeup, to swag ‘gifting’ lounges. Social influencers, celebrities, and people from all over the world flock to Coachella, so it’s no surprise that brands want their attention.

LYFT was one of the official rideshare partners for the fashion influencer #REVOLVEfestival, providing busses for special guests from LA to Palm Springs, and gifting passengers “Survival Kits” for the weekend, as well as shuttles from the hotel to the music festival each day. Lyft became our lifesaver all weekend providing barely any wait time and fares less than 1/5 of the price of other rideshare companies. Did your Lyft show up in one of their three glow-in-the-dark vehicles cruising around?

SWOOP also shuttled guests to exclusive parties, like Bootsy Bellows. For those who opted out of driving from Los Angeles, JetSuiteX provided 2 flights in and out of Thermal from Burbank both Friday and Monday. Not only are you flying with interesting people, but not fighting traffic after 3 days with no sleep is the perfect way to end a wild party weekend. Flying semi-private with no wait time is the way to go! In 30 minutes we returned to LA.

Some of our favorite Coachella activations that occurred over weekend 1 At Arrive Palm Springs, Lucky Brand teamed up with NYLON Magazine for their second annual bash filled with denim gifting and performances by Harry Hudson and Charli XCX poolside. Fresh off a new album launch, Harry’s performance was so hot, he cooled off by jumping in the pool with his fans! Festival looks were enhanced with Scunci hair accessories, FHI Heat hairstyling tools, and DIFF Eyewear sunnies. VIP guests had their denim jackets custom stitched while party goers sipped on Jack Daniels cocktails and Omission Beer. Brandi Cyrus, Delilah Belle, Elle Angel, Olympian Chloe Kim, Patrick Schwarzenegger and girlfriend Abby Champion were just some of the starlets who made appearances.

Rachel Zoe and The Zoe Report returned to Coachella for the fourth year. The Ode to Marrakech welcomed guests at The Parker Hotel in Palm Springs with the ‘souk’ – including chic beauty and wellness services, such as a luxe nail bar by OPI Products, ear piercings, a hair styling market by Pravana, and inspirational henna art. Our side braid and pink hair extension stayed in for half the weekend. Custom cocktails made with Belvedere Vodka’s new Ginger Zest flavor – along with turmeric and other special spice ingredients – kept guests happy as they snacked on small mezza style plates around candlelit low tables with floor pillows. Amazon’s Echo Look, the first AI style assistant with Alexa, snapped photos of guests when commanded and offered style advice. Guests left with the latest ‘Box of Style’ from Rachel Zoe and a pair of Keds. Rachel Zoe posed and socialized with Paris Hilton, Victoria Justice, the Foster sisters, Lisa Rinna, and Olivia Culpo, who were all adorned in the Rachel Zoe Collection. The most coveted after-party had 4,000 late-nighters making their way to the Thermal desert for ferris wheel and amusement park rides, vintage games where guests could win stuffed animal prizes, and DJ sets from Kayper, DJ Politik, Jesse Marco and DJ Ruckus. The invite-only dance bash returned for its 9th year and the dance floor was a sea of bodies moving and grooving under the stars surrounded by elevated tables with celebs like Leonardo DiCaprio and Paris Hilton. Kourtney Kardashian arrived with her boyfriend while Chance the Rapper celebrated his 25th birthday where he was spotted dancing next to French Montana. Amber Rose sported a gold grill and Diddy arrived later in the night. Models flitted while basketball stars Blake Griffin and Chandler Parsons as they settled into their VIP table right in front of the famous Ferris Wheel.

Brands like Levi’s® and Wynn Nightlife had photo opportunities to preserve the night while Tequila Don Julio fired up tasty Paloma cocktails. When guests arrived down the colorful entrance strip, 3-D glasses were handed out which made all the lights look like glowing hearts. Urban Pie helped satiate the late-night hunger pains. At 3:30 AM guests were still rolling in as we were leaving. Friday night (and Saturday poolside) the boutique Hotel California in Palm Springs threw a sexy affair filled with topless fire dancers in the pool, with a Bespoke Bunny Ears station and fiery food medleys like Cubanos and S’mores concocted with blowtorches from the Gastro Garage. Gentlemen received complimentary haircuts and beard trims in G-Eazy’s sleek mobile barbershop. Boozy milkshakes, rose slushies, and tequila popsicles kept revelers satisfied while the red glow around the pool against the illuminated palm trees created a chic aura. Hugh Hefner would be proud. In partnership with Hollywood’s Poppy nightclub, Kylie Cosmetics celebrated the launch of her new makeup collection and her new Pizza Boys Radio on Apple Music’s Beats 1 while BMW hosted “Powered Paradise in the Desert” to highlight their new eco-chic i8 convertible. Guests danced to DJ sets by Diplo & Chantel Jeffries, with live performances by Cactus Jack (AKA Travis Scott) and Sheck Wess, while indulging on specialty sips by Absolut Elyx, Perrier Jouët & Avion Tequila. Absolut Elyx served luxury vodka cocktails throughout the venue from the Elyx “Coachella copper truck.” Perrier Jouët champagne provided a beautiful and fun photo-opp wall for social media moments as guests sipped away in the lounge area of the party. Bella Hadid canoodled with The Weeknd, while Rihanna, Demi Lovato, and Paris Hilton all enjoyed the festivities. On Sunday, Poppy continued with a full day pool and live music bash.