STELLAR ESTELLE: You Can Take the Girl Out of Britain, But You Can’t Take Her British Music Roots Out of the Girl 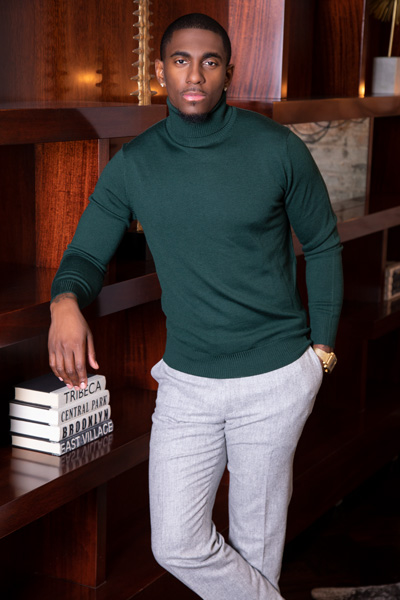 All photos by Udo Spreitzenbarth

From the NFL to successful businessman, Cameron Colvin is an all star both on and off the field! The former high-school star athlete, who later played for the San Francisco 49ers, is now the chairman of Las Vegas based Camco Commercial Inc., a multimillion-dollar international business and real estate development company, in addition to being an author and a philanthropist. Colvin, who is based in Las Vegas and Scottsdale, Arizona, also founded Rise Above Enterprises and Rise Above Creative Solutions; the latter is the marketing and advertising arm of the company with an office in Hong Kong where they help businesses enter the global marketplace.   Their core mission is to create a platform to empower the future leaders of the world by creating a network of opportunities that will give independent business owners the proper guidance to fulfill their dreams as entrepreneurs. Rise Above Enterprises strives to provide consumers with lifestyle experiences through shopping, dining and elite entertainment events from all genres that serve all ages.  As the newest sector of Rise Above Enterprises, RACS is a full service marketing agency that specializes in helping clients maximize their business potential.

CamCo Commercial is currently developing a $150 million theme park in Scottsdale, Arizona and Colvin is even in partnership with Entrepreneur Venture Capital, part of Entrepreneur Media Inc., which landed him a gig as an angel investor on season two of “Elevator Pitch,” a show streamed on entrepreneur.com. Whether it’s on a football field or in a conference room, Cameron has displayed true sportsmanship and a commitment to all of his endeavors, including his philanthropic efforts – everything he touches turns into a touchdown!

What inspired you to realize your entrepreneurial potential?

It’s been a long journey, growing up both my parents passed away early on, so life started off challenging. I had to grow up really fast. My mother who was my rock and very involved in everything I did, passed away when I was 15 so I had a new mentality on life, I had to become responsible and make decisions early on.  My motivation was making my parents and people around me proud and I was always open to new people and new surroundings and I think that’s what helped me build my entrepreneurial career. I learned to become very self-sufficient as well as how to rely on other people, build trust and become an individual of your word.  My big break was purchasing real estate in San Francisco in 2007/2008 when the market crashed and it returned for me very well a hundred times over my investment. When I saw those types of things could happen in the real estate world, it changed my existence as an athlete.

What made you start thinking of a future beyond football?

As an athlete, you think that’s where your income will come from, but the bulk of your income will probably come from off the field. I was intrigued with marketing and advertising contracts with the teams and stadiums and naming rights and starting doing my own homework and mentally transitioned into a businessman. I had a couple of endorsements at the time and realized I wanted to turn myself into a business, so I hired a couple people who could help me when Twitter was just getting off the ground and social media wasn’t what it is now. I had worked with executives at Nike and it changed my mind set by showing me what the business world is like and how multi-billion dollar businesses are run. I was intrigued by how guys like Robert Kraft and other people get to run major sports organizations. I started my marketing company early, landed big Stan Lee of Marvel Comics.  I became a liason for him and also for organizations inspired by amazing entrepreneurs and from there began testing the market in different things and got involved in venture capital. As a rookie in the NFL, I had good people around me and financial investors who helped me see the different side of business. 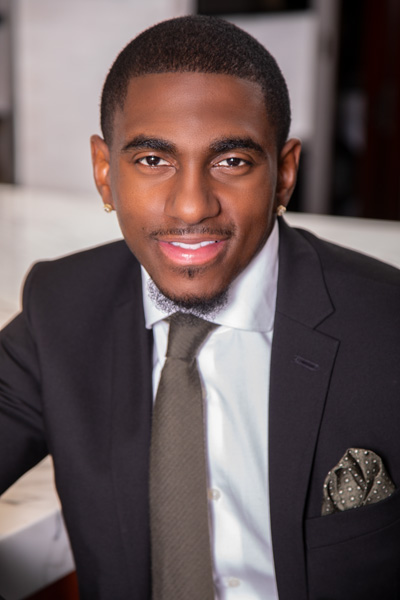 How were you able to transition from a successful NFL career to an equally successful venture in the business world?

Growing up playing sports you think about what you want your life to be, but when you really start to get a feel for life you begin to understand things a little better, so I laid my foundation but my brain was always taking me different places. I always knew I wanted to own a business so I was just open to a different side of life. I think I’ve transitioned well.  Business and sports are equal when it comes to being productive in your everyday life – it’s all about being dependable, and how well you can you lead and direct.

What is the best advice you ever got and what do you tell other athletes?

I was told once, you can be Cameron the football player for another 5 or 6 years, or you can be Cameron the CEO for the next 50 or 60 years. Entrepreneurialism is starting to be the next big things for athletes. I talk to a lot of my colleagues who don’t pay attention to transitioning to life after the game. I get questions about how are you doing that, how did you get into that, and I always explain that you shouldn’t be afraid to step outside of your comfort zone as an athlete – more than an athlete is the mantra of the moment. 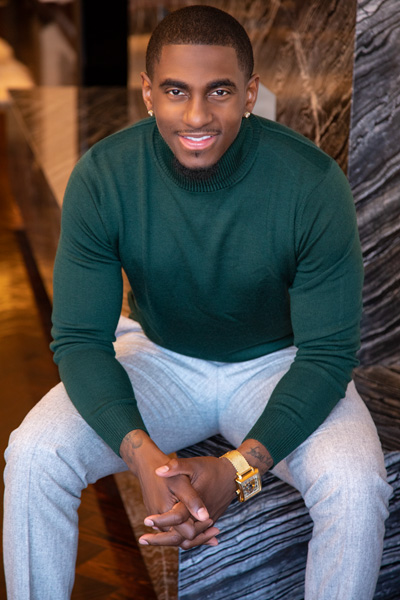 How do you foresee combining your love of sports and businessman acumen?

Any kind of sports franchise, whether it be the NFL or soccer or NBA is in my 15-20 year future, but I know I have to start making that decision now.

What are your current projects?

We’ve been working on a theme park project for the past three and a half years.  In terms of conceptual design, it’s a very exciting themed project coming to the Arizona area and most importantly, it’s based on my core principles which are fitness, family and fun – I want to be able to get people out of the house together as a family. It’s not just about enjoying the park, it’s about being able to be outdoors with mother nature and adding value to the city and other cities it will eventually come to.

We also have a venture capital fund that we will be expanding throughout quarter 1 and quarter 2 of 2019 – we will be focusing on celebrity based investments. A lot of times as an athlete it’s hard to find trustworthy people, and you often hear about athletes being scammed out of their money, so as a former athlete with quality capital partners, we wanted to focus on celebrities and consumer sectors to where if athletes need extra capital for their projects, we would work hand in hand and introduce them to our fund and other funds and help them do well in a bigger or even international market. I have always been inspired to help my fellow athletes no matter what sport they played or what gender they are. We want to be a liaison into the venture capital world – their agents don’t always have the correct advice and people don’t necessarily know how to approach a sports star. The real wealth is in the knowledge of how we can pass that along and also help with start ups.

We also have numerous ongoing programs in my organization which help kids get interested in venture capital; we can draw these kids in with sportsmanship. 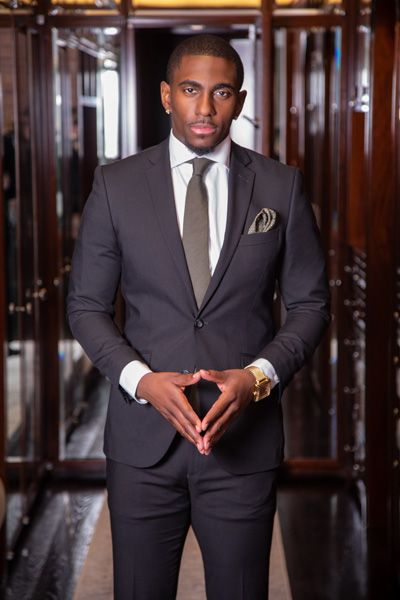 Were you surprised when you heard that The Game Stands Tall, a book based on your former teammate and best friend’s murder was being made into a movie?

Peter Guber, the owner of the Golden State Warriors who was involved in Sony Pictures, found the book (of the same name which came out in 2003) in his locker and said hey, we should make this movie. They called me in 2009 and said they wanted to tell my story so I started working with some of the writers and the author who is a great mentor as well.  We were able to motivate a lot of people through the personal story of my best friend who was killed and the movie gave us another platform to reach more kids – Cameron’s best friend, and De La Salle team mate, Terrance Kelly, was murdered two days before they were both to report to Oregon for football practice and enter college.