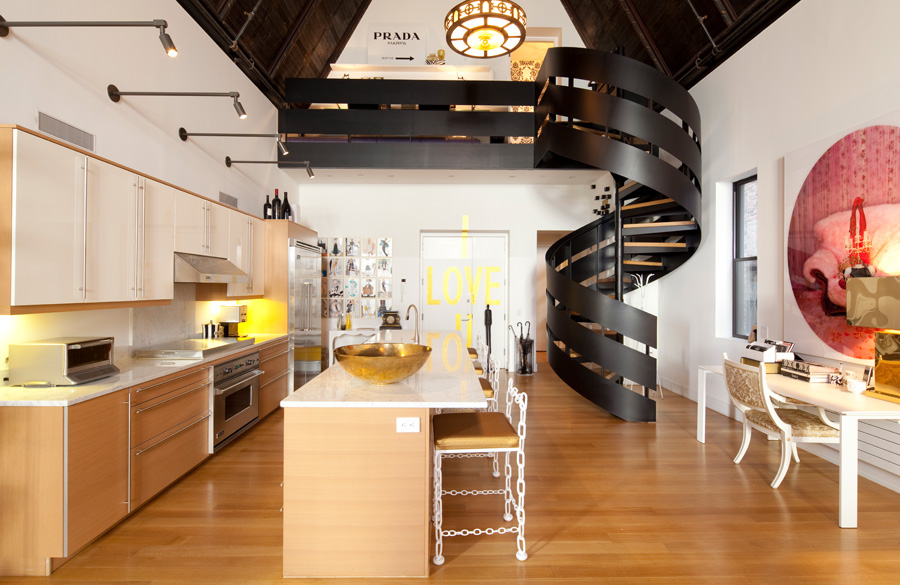 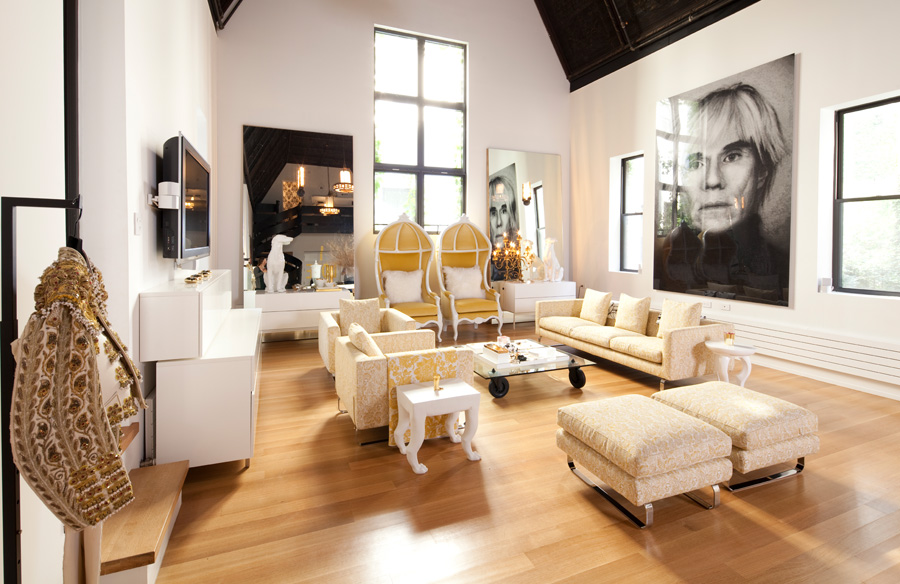 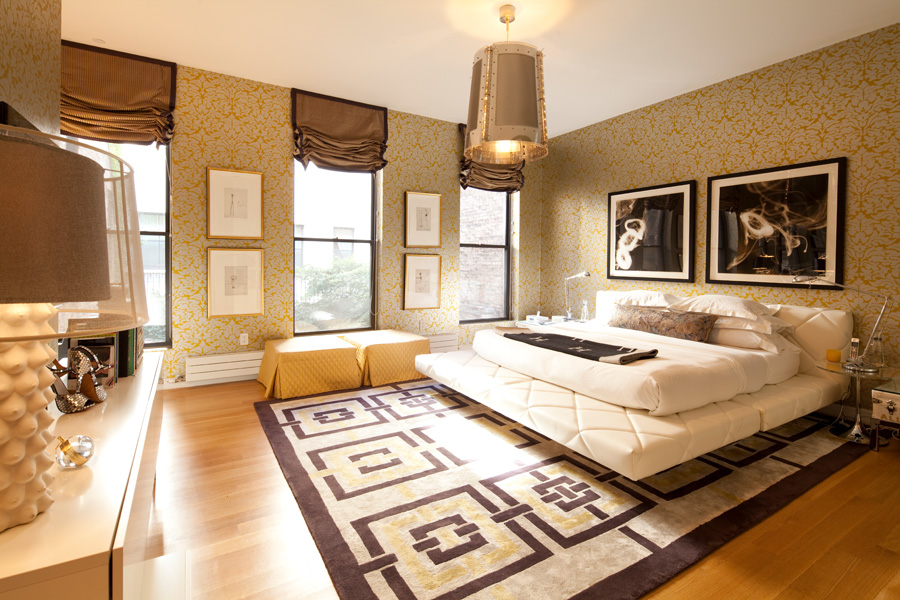 On Stuyvesant Square in Gramercy lays the stunning 1800s Victorian Gothic building most  commonly known as Landmark 17. The property underwent a complete renovation and  repositioning which was done in order to transform unique gothic architecture back to its  original splendor. Through rigorous architectural and landmark research, the original details  of the facade and interiors were permanently restored.

The buildings main attraction is Houston-based interior designer Lucinda Loya and her  husband Javier’s pied-a-terre. The 4000 square foot, three bedroom, three bathroom  apartment previously housed an Episcopal Chruch, the Salvation Army, and Smith College.  The space was once also home to the Hazelton Rehabilitation Center where it earned the  name “Clapton Hall” after famed musician Eric Clapton gifted money towards its renovation.

When Loya discovered the former chapel turned residential property, she knew found the  perfect space for her family. For her, it was important to maintain the history of the building  and the era in which it was created. She let the restored ceiling, in black and gilt glory, be  her guide. After debating which route to take the interiors, Loya decided to go with white  and gold to enhance the apartments existing beauty.

After settling on the color scheme, Loya’s structural renovations were minor. She changed  the oak cabinets in the open Poggenpohl kitchen to white and put in black and white  checked bathroom floors. The renovation took seven months.

Once inside, guests lounge on a three-seat sofa, chairs, and ottomans all by Marcel  Wanders upholstered in white and gold damask. Sit in replica French canopy chairs which  were whitewashed and added marigold-colored velvet.

A beaded, brocaded gold-and-white bullfighting suit from Pamplona, Spain hangs on a  stand and a gold-left chair in the shape of a cupped hand by Pedro Friedeberg adds a  whimsical touch.

Once so committed to the white and gold color-scheme, Loya did not welcome anything  red into the home. This all changed when she came across the Zhang Peng artwork of a  red-clad girl tied up in a pink shag armchair. The piece now hangs over the desk.

Loya also wanted to bring her love of fashion into the interiors. The master bedroom  features a custom bed frame upholstered in Chanel-like quilting with homages to Hermes,  Gucci and Goyard found throughout. Dressers in the children’s room were made from plastic panels that once were part of Fendi’s window display. Near the entryway, Loya  displays framed tear sheets design by Ruben Toledo for the Nordstrom catalogs.

As a finishing touch, Loya painted the message “I Love U” on the back of the front door in  gold. The Loya’s lived in the apartment full time whilst their Houston home underwent  renovation. Now, they visit the pied-a-terre multiple times throughout the year.