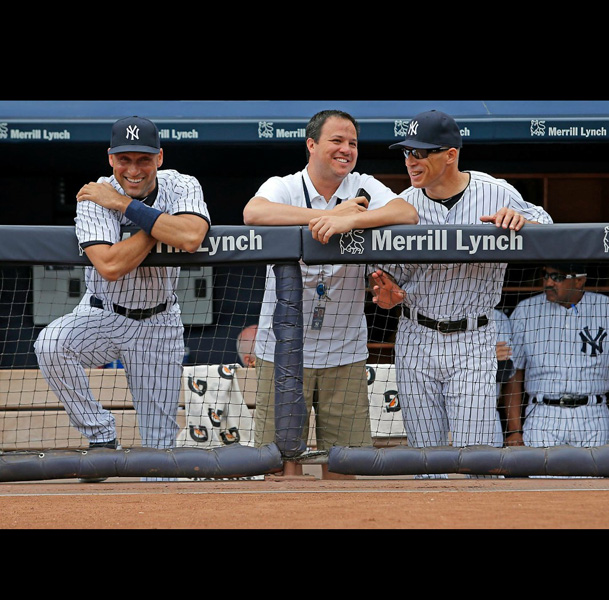 In life one is either a spectator or a participant.  Joe Lee would never be characterized as the former primarily because he lives life with a passion. Certainly sports accounts for a lot of that relish.  Joe loves athletes – the two-legged ones and those with four legs.

Because of his dad, Joe was always a Yankee fan. But unlike most Yankee fans who get their fix on TV or going to occasional games, Joe took it a step further using some of his connections to become a batboy for the Bronx Bombers twenty-four years ago and hauling lumber for the likes of Mattingly, Jeter and Posada.  He did this while also attending school, doing his homework. Unlike most kids his age rather than bagging groceries after school  Mr. Lee commuted from Yonkers to Yankee Stadium nights and weekends.

Joe had the honor of being the batboy and the field when the Yankees reclaimed the world title over the Braves in Atlanta.  It was unusual and special for the team to bring their batboys to an away game.  He recalls faxing his homework assignments to Fordham Prep from Fulton county stadium.

That started him to a career as a clubhouse assistant for the New York Yankees for the past two decades.

“Baseball is such a long season,” Joe reflected,  “and to be a part of something that the 25 players work so hard for is amazing and never gets old.   It’s a thrill to know that you helped them as much as you could off the field so that they can take care of their business on the road and in the Stadium.”

While Joe has worked for the Yankees, something was missing.  He never played for the Yankees.  He was chomping at the bit to participate athletically.  Thanks to his dad’s interest in harness racing both as a champion of the sport and an owner in some of the horses, Joe found his calling.

He wanted to be a harness driver. He found a mentor, Buzzy Sholty, a leading trainer who comes from a family whose life has been spent with the breed including Hall of Fame driver George Sholty. 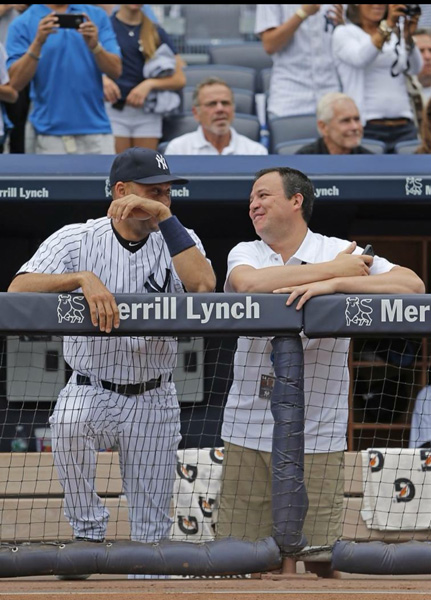 Joe made a winning decision.  He is a leading amateur harness driver in these parts (Meadowlands in New Jersey, Yonkers Raceway at Empire City and the venerable Monticello Raceway in the Catskills) having chalked up many wins in the past half-decade with the past two years among his best.  In 2017, Joe was named National Amateur Driver of the Year by the United States Harness Writers Association.

He considers himself a patient driver who models himself after top North American driver Brian Sears. Brian drives one and knows how to keep the bit in their mouth. He can keep them going forward and has them positioned well in the race.

His life’s philosophy comes from  a Yankee ethos that has served him well both on the track and in the dugout, “Stay humble and always remember there is someone behind you that can take your place.”