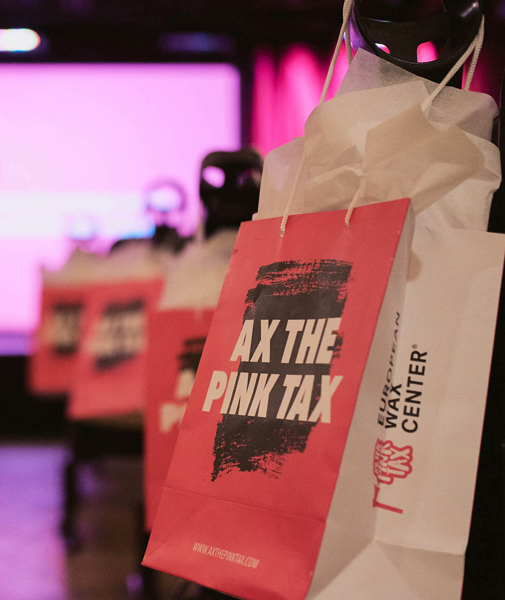 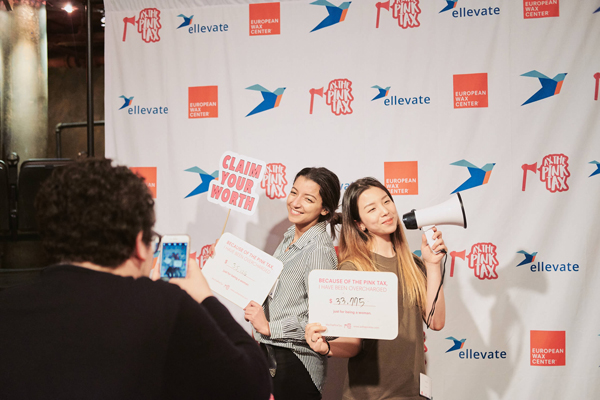 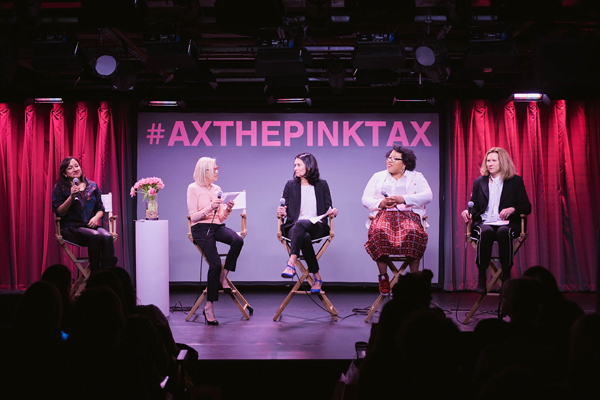 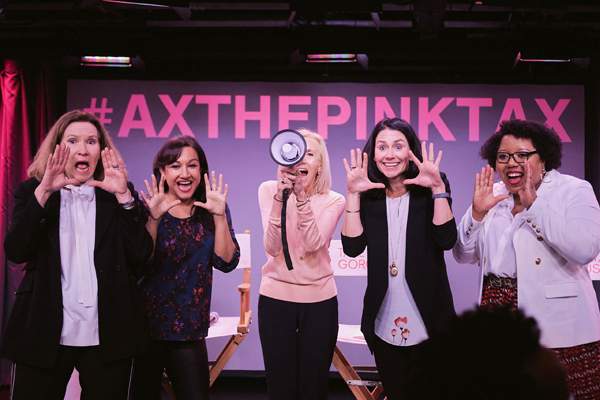 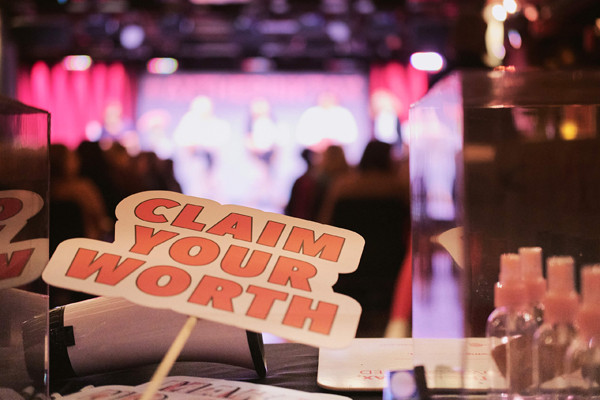 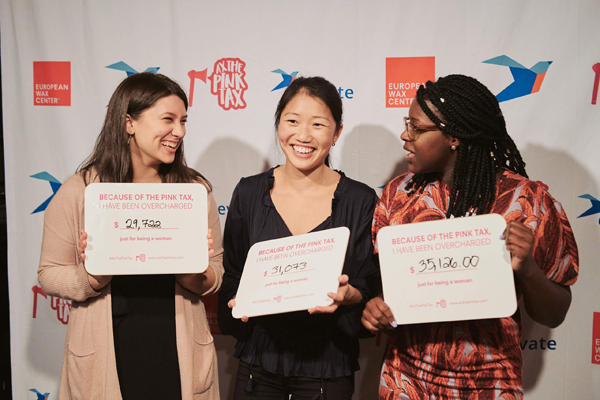 On the evening of Wednesday, April 10th, Sherry Baker, President of Marketing and Product Development of European Wax Center, moderated an Ellevate Network panel at SubCulture in New York City to discuss the Pink Tax, the extra amount of money women pay, for everyday products and services, just for being women.

To begin the panel discussion, moderator Sherry Baker introduced the absurdity of The Pink Tax to the audience and shared updates on European Wax Center’s #AxThePinkTax campaign that launched its second year this April with a new focus on providing tools for people to take action to help level the playing field for women. Guests were outraged to learn that every year the average woman pays an extra $1,351* just for being women. The audience then viewed a segment from The Daily Show with Trevor Noah that put a humorous spin on real life examples of The Pink Tax, highlighting its absurdity, and how one Congresswoman, Jackie Speier is taking action to repeal The Pink Tax. Then, panelists took the stage to discuss how they have been actively fighting against gender pricing discrimination within their companies and everyday lives- and how we, as consumers can each help ignite change.

Nitasha Mehta shared an example of action being taken at Boxed. Their Rethink Pink Campaign dropped the price on 20 items available for sale on their website, and as of March 2019 has reached over $1 million in offset discounts. A question and answer session followed the panel so audience members had the opportunity to share how they plan to take action against The Pink Tax and contribute to a social media movement to celebrate Pink Tax-free brands and call out offenders of The Pink Tax.

Afterwards, attendees networked, viewed side-by-side comparisons of gender pricing discrimination and calculated how much they have lost to The Pink Tax in their lifetime at EWC’s #AxThePinkTax on-site activation area.

*A 2015 study by the NYC Department of Consumer Affairs compared nearly 800 products from more than 90 brands and found a striking price difference in items marketed to women; on average, products for females cost 7% more. The study also cites that women pay more for everyday essentials, such as body wash and conditioner, adding up to a whopping $1,351 per year (according to a 1994 study). Adjusted for inflation (from 1994 to 2018), that amounts to $2,248.65 in 2018, or roughly $182,140 in a women’s lifetime, if that average remained the same over 50 years.

For more information about the Pink Tax, visit www.axthepinktax.com