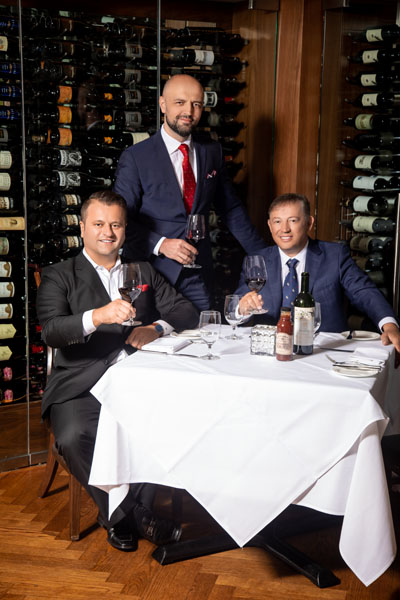 What’s in a name? Well, if you ask Benjamin Prelvukaj and Benjamin Sinanaj of Benjamin Steakhouse, they might tell you it’s the secret sauce to their success. Since breaking out onto the steak scene, the Benjamin’s have brought back Old School service and hospitable hospitality. They have indeed blazed their own well-cooked way and now own multiple restaurants in New York and Asia – the sky is the limit, at least when it comes to their signature steaks!

From growing up in Montenegro to conquering the culinary world, one succulent steak at a time, the Benjamin’s take pride in their service, surroundings and selections. After working together at the famed Peter Luger Steakhouse in Brooklyn, these entrepreneurs decided to start their own enticing and elegantly appointed empire. Benjamin Prelvukaj explained that “we were looking for space and finally found a place which we liked on 41st that was listed in The New York Times. It was previously called Kenny’s and before that it was NYLA, a Britney Spears restaurant.” 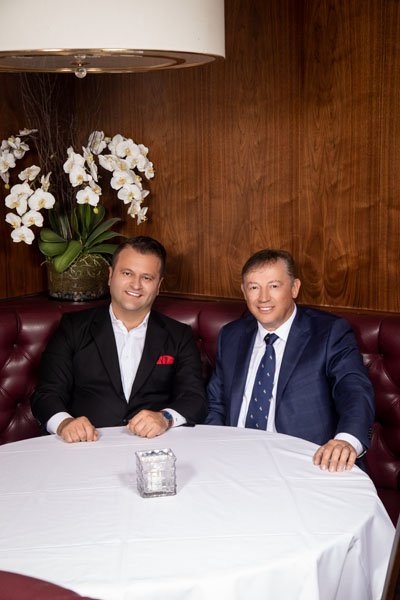 “We were fortunate to acquire the property at an optimal location only one block from Grand Central Terminal,” added Benjamin Sinanaj.  “Benjamin Steakhouse and Benjamin Prime were conceived based on the idea of New York City being the steakhouse capital of the world. Steakhouses have always been a destination for business meetings, special events, and celebrations, and we wanted Benjamin Steakhouse and Benjamin Prime to stay true to that. The Sea Fire Grill came as we grew and understood our guests’desires. We both enjoy seafood and also wanted to create a high-quality dining experience.”

When it comes to maintaining a loyal clientele, the Benjamin’s believe in consistency, and they definitely don’t cut any corners when it comes to offering the finest cuts. According to Prelvukaj, the three ingredients you need to succeed are “high-quality food, cooked to perfection of course, service and ambiance. People come back because they know they’re going to have a great meal and they’re not going to be disappointed.  We aim for everyday perfection.”

Meat has definitely met its match at Benjamin Steakhouse. From greeting guests to ensuring each meal and experience at one of their restaurants is both mouthwatering and memorable, the Benjamin’s remain both in the front of the house and behind the steak scenes. Sinanaj explained: 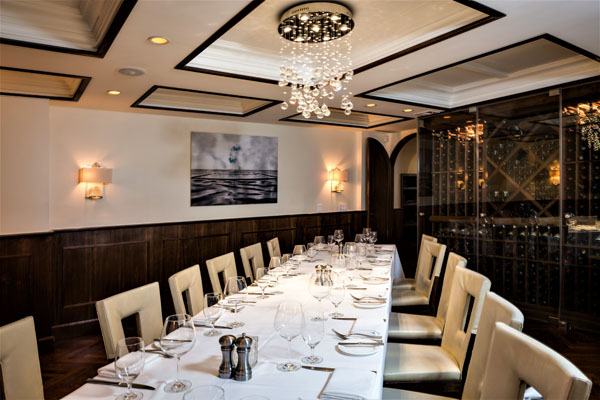 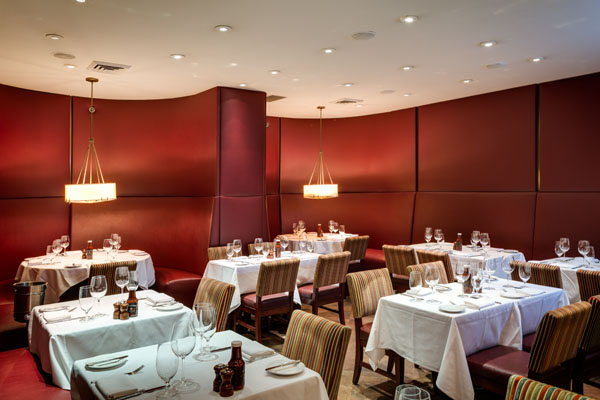 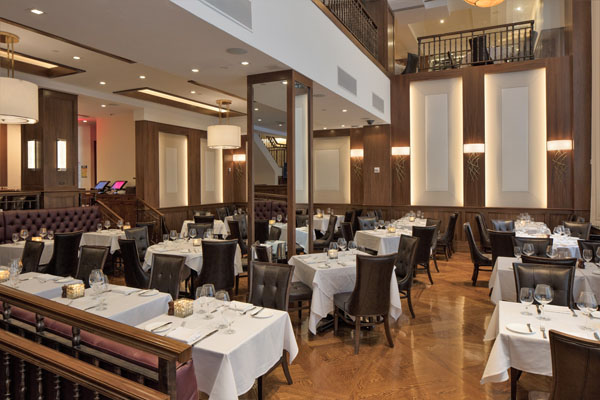 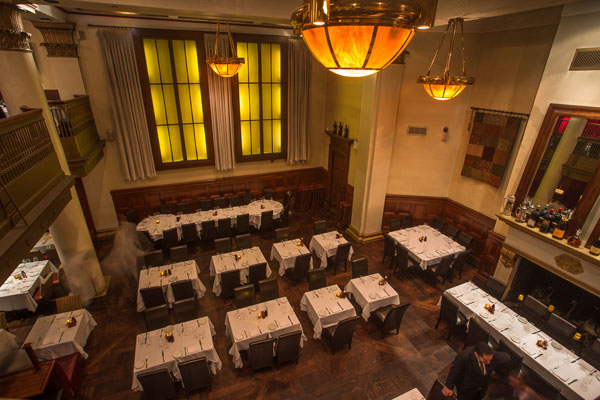 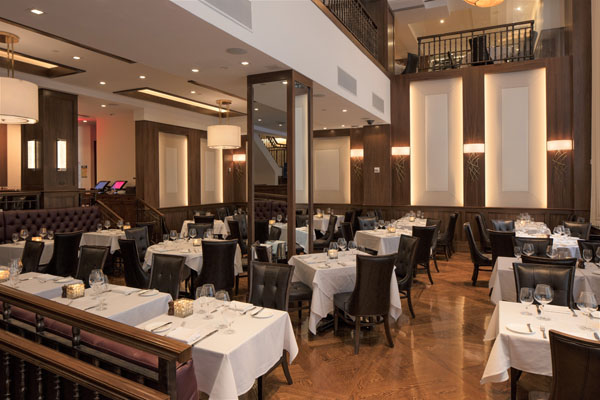 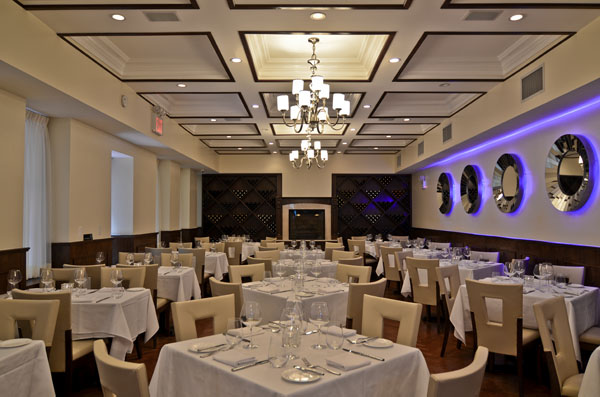 “We’re a completely family run business, and that is really to the benefit of our guests. Each week, we are constantly in the restaurant and always on the floor making each guest’s experience extra special. You might be greeted and served by a few of our wait staff throughout your meal to make sure your experience is personalized and unforgettable. Our goal is to make each guest a member of our family when they walk through our doors. Some of our staff have been there since day one.  We also have a commitment to preparing fresh and high-quality ingredients to the expectations of each and every guest. Every cut of beef is hand selected and dry aged in-house, a technique we’ve learned to perfect. Quality food and hospitality is everything.” 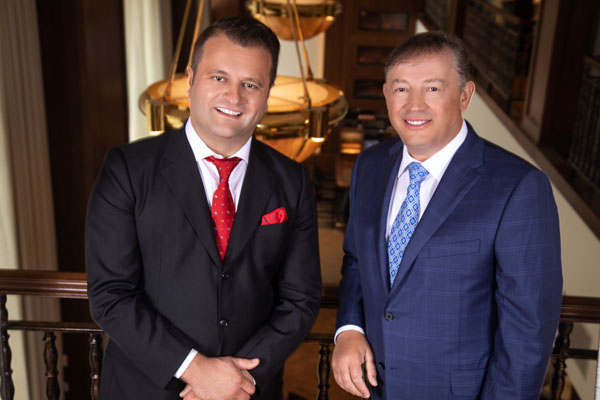 “I am down five days a week at my restaurants,” added Prelvukaj. “I physically go to each one of them every day. The other Ben is more back of the house and I’m more front of the house, but he’s also involved in daily operations.”

These phenoms of the food world are already focused on the future and cooking up plans for expansion. With their original Benjamin Steakhouse still on 41st, as well as a location in Westchester, plus Benjamin Prime and a more modern concept, Sea Fire Grill, which they opened in 2010, the Benjamin’s are busy running their restaurant realm and relishing in their rare success – they are definitely living the dining dream! The Benjamin brand is also taking over Japan with more of their hospitality focused spots on the horizon. 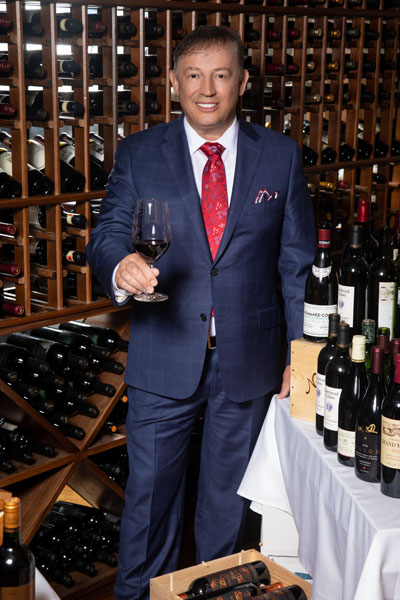 “We have a lot of Japanese clientele who are familiar with the brand and come on a regular basis,” explained Prelvukaj. “I had a client and a friend who had been coming to Benjamin Steakhouse for years and he told me you’ll do great in Asia, especially Japan, and I said if you find me a partner who knows hospitality, I would love to, otherwise, it’s too far. He finally found us a partner who has restaurants in Tokyo and all over Asia, and we now have a Benjamin Steakhouse in Tokyo and just opened another one in Kyoto. We’re currently working on opening more restaurants overseas within the next two years.”

In addition to reaching new global audiences who have now also gained an appetite for their appetizing approach to dining, they are expanding their e-commerce platform in order to sell their “Benjamin at Home” line which features supreme cuts of beef, steak knives and house made sauce. No matter what side of the world you’re in, your Benjamin Steakhouse cravings can now be satisfied – just beware – once you bite into Benjamin’s tender filets or fatty rib eyes, you can’t go back! 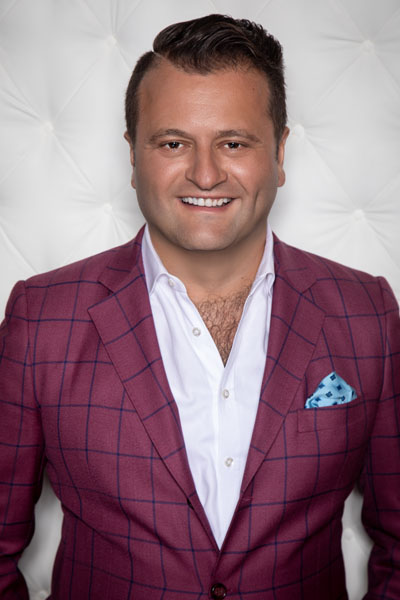 Aside from prime cuts and pork chops, each of their restaurants also offer popular seafood options, such as sea bass and salmon, so those who want to munch on mouthwatering morsels at a Benjamin’s multiple times a week can find a diverse array of delicious items. “From steak to fish, we’re trying to stay on top, and it’s all about quality of food. From A to Z, it’s top of the line,” said Prelvukaj.

These steak saviors who keep their foodie empire in the family, both live in the suburbs of Westchester and can be found at the beach when they’re not at one of their Benjamin’s. They believe their hospitality expertise is what sets them apart from other steakhouses, as Prelvukaj explained that “a lot of places are just okay and people don’t want just okay, because it’s not cheap. A check here comes to about $100 to $150 per head and we want to make sure every aspect of it is great, especially when they have so many options. Sinanaj also credits their success to their workers. “We have some of the hardest working cooks, waiters, back of house staff, and front office staff in NYC, and are very proud of it,” he said. “We offer an exceptional experience just by hand picking every single piece of meat we serve and offering the loving care of dry-aging in house. Even our international locations receive our handpicked meat from here which is shipped overseas.”

Another secret to their tantalizingly tasty steaks is that their cows are ninety percent grass-fed and also corn-fed for two months. Prelvukaj explained how they get their perfectly prime meats through “the aging process which makes it a lot easier to digest because all the enzymes get broken. We age it for a least 28 days, usually longer to ensure perfection.”  Sinanaj added that “Our guests and consumers in general have become more conscious of ingredients and where their food is produced.  It’s very important for us as well, and we are transparent with all ingredients and promote a healthy setting for people of all walks of life and beliefs to enjoy the ‘cut above the rest’ dining and hospitality experience. We understand our guests at each location. It’s important to know how they’re alike or different and the personality of each restaurant.”

From expanding their restaurant repertoire which now includes six locations to becoming an internationally recognized brand, the Benjamin’s are indeed basking in their sweet success. You have to bite into a Benjamin’s steak – or surf and turf – to believe it!