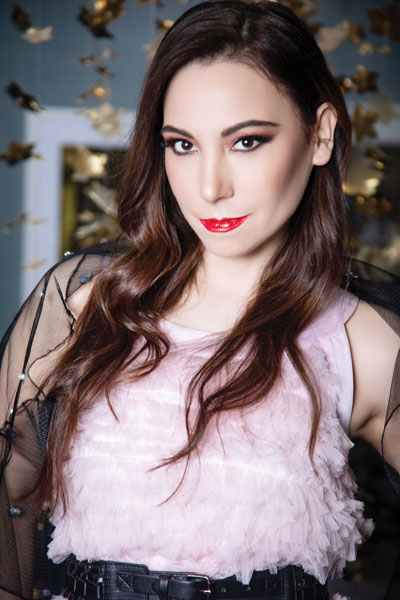 Janel Tanna is an actress, occasional producer and screenwriter who, just four years into her career, has appeared in more than twenty projects. She has won 16 acting awards at various film festivals, plus two writing awards. She has also received an additional 10 acting nominations. Not bad for someone who almost never went down the path of acting, which she had often daydreamed about, but life seemed to have other plans.

“It was just fate,” Janel says of becoming an actress. She had gone to New York City for some work interviews and to visit some college friends. On a whim, she put an application together for The Lee Strasberg Theatre & Film Institute. She said, “I got accepted the day after I went in for the interview component, and they were very encouraging.”

Janel had boarded a plane to return home, but the airline wouldn’t let her bring her dog, a miniature husky, into the cabin; they insisted he had to go in cargo. She refused, and after many hours, Janel and her pet were finally given the go-ahead to board another flight, but that one never ended up taking off, due to an engine malfunction.

“I got off that plane, and I’m like, this is a sign, I’m not supposed to leave New York City right now.” The acting classes were only for a few months, she figured, and she had always wanted to gain more formal training in the craft.

Shortly after her Strasberg classes began, Janel auditioned for an independent film and got the role, and that team was very supportive. “They’re like, ‘You’re very gifted as an actor,’ so this team was a very encouraging environment. They really allowed me to discover the truth in my role and believed in me. And I ended up getting nominated for best actress at a film festival for that very first role, and it just went from there.” 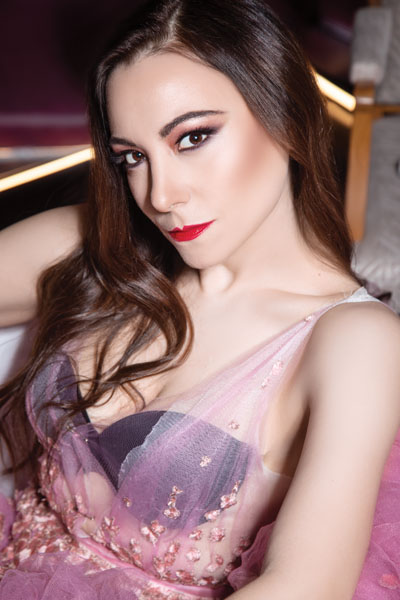 Janel’s most recent awards include the Mary Austin Excellence in acting award, which she received at the prestigious 2019 Idyllwild International Festival of Cinema. The award is based on cumulative acting skills as demonstrated in different roles.

Also at Idyllwild in 2019, Janel was honored with the Kristoff St. John award, which is bestowed in memory of the talented and inspiring Kristoff, an actor, to someone who has demonstrated inspiration to their peers.

At the New York City International Film Festival, Janel was recognized with an emerging talent award for her performance in Sienna’s Choice – a film that she also produced.

With all the acclaim, Janel has her feet firmly on the ground, and is always studying and learning. “It feels good to have my work recognized by my peers, or people that have been in the business longer than myself,” she says of the festival award circuit. “It kind of gives me a little notion I’m on the right track.”

She has been named very first ambassador for the 2019 Niagara Falls International Film Festival, coming up in September. A native of the Buffalo-Niagara area, she will be representing the festival, which this year is honoring the late Samuel Fuller, the prolific screenwriter, director, actor and author.

In 2017, Janel was named best actress in a feature film at the festival, and was praised by Joseph Kissel, festival film reviewer and editor of Niagara News Source. “Tanna possesses the rare combination of strength and vulnerability required for an emotionally honest and ambitious trip through hell that’s also unexpectedly affirming. Tanna’s intensity and empathy makes ‘Sienna’s Choice; an authentic heartbreak.”

Award-winning writer/producer Ron Podell opined, “I thought Janel Tanna’s performance was the best I had ever seen out of a female actor at a film festival. Her performance was raw and messy, she went deep to tap into her emotions.” 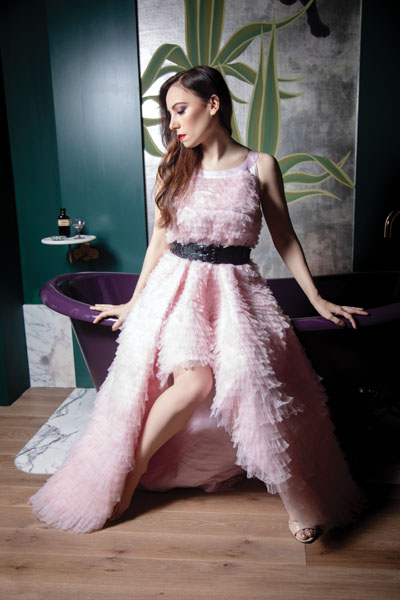 Janel has also been making the film festival rounds with “Turnover,” a comedy/drama starring Donna Mills and Paul Guilfoyle, of CSI fame also directed by Palmer (of Sienna’s Choice and Intervention). Although a smaller role, Janel was finally able to play a doctor. The team is very near and dear to her, as they often work together. At the Manhattan Film Festival “Turnover” won best comedy, and at Idyllwild it took the audience choice prize and won best family film. It won the best feature film award at the 2019 Golden State Film Festival, and also had a slew of nominations.

“Intervention,” a dramatic short in which she plays a drug addict suffering from withdrawal which touches upon the opioid crisis and mental health at a deep and personal level, wrapped recently and is now being submitted to various film festivals. “It was a very intense role. It looks at addiction and mental health issues.” The film has received its first official selection at the Show Low Film Festival in Arizona.

Although primarily an actress, Janel also has a small production company and creates the occasional film. She signed on as a producer on “Intervention,” along with lead producer Julia Silverman, and director producer Linda Palmer.

The first film she produced and was the lead story writer, “Sienna’s Choice,” looked at end-of-life care and the decision-making involved, and has won accolades in several realms. “When it comes to writing or producing films, I like to personally produce films with some sort of social message or relevance that gets people to think and consider things both through their own eyes, and perhaps open them to other perspectives.”

She also believes it is important to create a story from a female lens, and to include talented women in that filmmaking process to help a vision come to life. 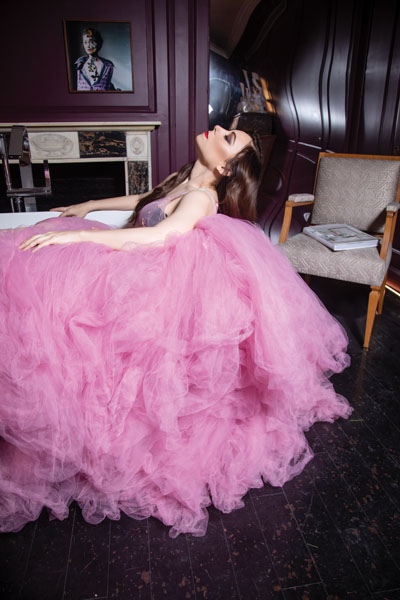 When preparing for roles, there is not one specific thing Janel does; she relies on a combination of techniques, including working with Carl Ford of the Susan Batson Studio to develop her characters.

“I of course do my research to try to really absorb and understand things from someone who might have actually experienced the topic at hand. And I do internal, personal work to really draw a parallel within myself. Whatever I need to do to reach the most truth I can feel.”

And she learns from her fellow actors. “Whenever I work with  actors that have been in the game for a really long time, it elevates my acting. I can be a little intimated going into a project with them, but once I’m in the moment it makes it that much more truthful.”

In addition to method acting training at the Lee Strasberg Institute, she trained in the Meisner technique with James Brill at the renowned Neighborhood Playhouse, and has her sights set on auditiong for the Actors Studio. 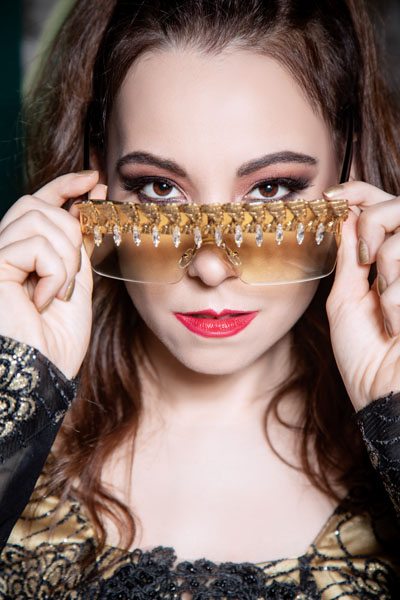 While acting was a goal she’d dreamed of all her life, it was pure serendipity that Janel became a model. A friend, a top UK makeup artist, thought Janel had what it takes, and encouraged her to try auditioning. To her surprise, she quickly booked a L’Oréal job, and it snowballed from there, and she has now walked the runways for several seasons in Paris and New York, for ready-to-wear and couture. “Modeling is a very thrilling artform and I have met some amazing humans.” Without initially planning it, Janel entered the 2019 Maxim Cover Girl modeling competition – and won over 30,000 other applicants, taking home a $25,000 Famed fashion photographer Gilles Bensimon shot the magazine cover, and Janel has earmarked the prize money to help finance her next film project.

Coming up, she plays an Eastern European femme fatale in “Cozmo’s,” a sci-fi comedy series that will run on the on-demand streaming service Atomic Network. 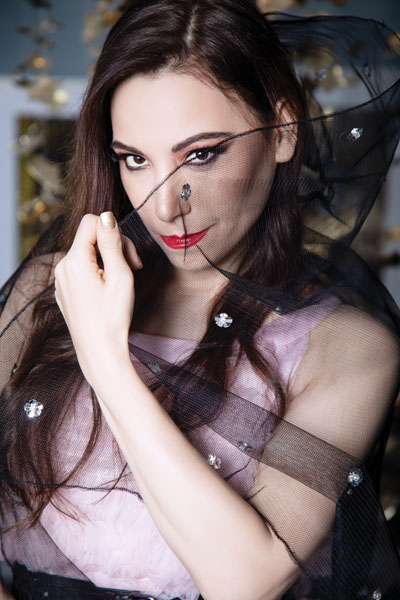 During medical school, Janel was the recipient of the McGraw Hill Book Award for being in the top two ranked students (out of a class of 144) in the basic science curriculum, the Edward Curvish Award in Biochemistry for the medical student with the highest average in medical biochemistry, a medical research award, and a Glascow Rubin awarded to all the women graduating in the top ten percent of the class. Tanna was also a student member of the medical school admissions committee, tutored renal physiology and a did a research fellowship on cerebral aneurysms.

She started her training in brain surgery but at the end of the day she says, it’s not for everyone. Prior to medical school, she taught students for the MCAT (medical college admissions test), did research in DNA replication and repair, and won the Merck Index award for the top one percent of the class in Organic Chemistry. Growing up she was a competitive gymnast and college cheerleader. 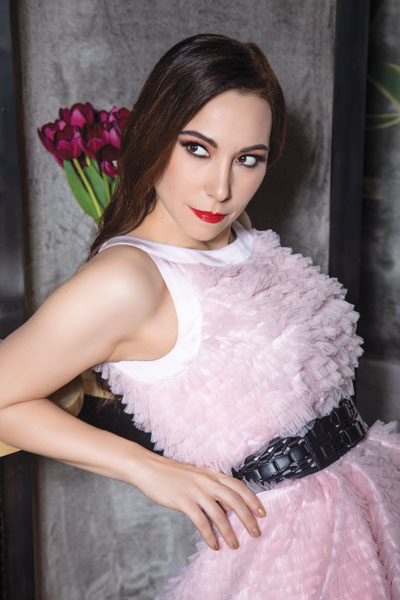 Janel’s beloved miniature husky was just a puppy when he got booted from the airplane, he’s now, of course, a bit older, and she also has a cat. “They’re like my children.”

Janel has over 74,000 followers on Instagram, although she says she has no system for posting to the platform. she just posts whenever the mood strikes.

She loves practicing yoga, which she finds is not just good for her body but also for her mind. “It clears my mind and body.” She only has time to do it a couple of times a week, but in a social media post, she looks quite advanced and flexible. It turns out that Janel is an ex-gymnast.

Produced by Christopher A. Pape