National Rose Day at The Maidstone 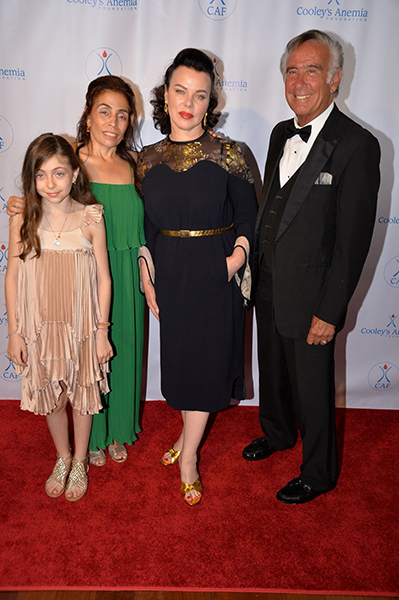 Children born with beta-thalassemia major (a.k.a. Cooley’s anemia) require lifelong blood transfusions as often as every two weeks. In addition, they must undergo a daily drug treatment to remove excess iron from the transfusions. Living with thalassemia requires a strong will and a determination to meet and conquer a multitude of challenges.

Bob Ficarra is currently and has been an active board member of The Cooley’s Anemia Foundation serving as President of the Foundation from 1978 to 1990.  During Bob’s presidency, the Foundation and five other national thalassemia societies from five other countries, met in Milan, Italy to establish the Thalassemia International Foundation (TIF). Bob later served as president of TIF for eight years. TIF now has representatives from 69 countries.

“It is an honor to receive the Humanitarian Award from an organization that is close to my heart.  To carry on my father’s legacy and continue to grow his vision is deeply meaningful.  For more than 60 years, families have depended on the Cooley’s Anemia Foundation to help them meet the daily challenges of living with thalassemia.  We are entering a new era of hope with new treatments, gene therapies, and more,” says Ficarra.

Maria Hadjidemetriou is being honored with the Patient Recognition Award for her tireless work in promoting greater awareness and support for Cooley’s Anemia. She has spoken at medical conferences and to pharmaceutical firms around the world. She has produced and written a short documentary Thalassemia: Life Without Boundaries and her article, “Thalassemia: Yesterday, Today, Tomorrow,” was published in the American Journal of Hematology. Maria has been on the Board of Directors of the Cooley’s Anemia Foundation since 1998, and currently serves as Secretary of the Board.  Since her diagnosis at age 2 ½, Maria has received over 1,700 pints of blood.

“I am proud to serve as an example of what can be accomplished with determination and support from organizations like the Cooley’s Anemia Foundation.  As a successful real estate professional, freelance writer, and world traveler, it gives me a great sense of satisfaction to share my passion and help others to achieve their dreams. I count my greatest accomplishment as being the mother to my wonderful 11-year old daughter, Julia,” says Hadjidemetriou.

Peter Chieco, Volunteer National President of the Foundation said, “There are no worthier honorees than Bob Ficarra and Maria Hadjidemetriou, each of whom have been tireless in advocating on behalf of those with thalassemia, both in the United States and around the world.”

About Cooley’s Anemia Foundation:  Since 1954, the mission of Cooley’s Anemia Foundation is to increase life expectancy and enhance the quality of life for those impacted by thalassemia. We do so by funding medical research to advance treatment and curative approaches, by supporting and advising patients and their families and advocating on their behalf, and by educating medical professionals and the general public.