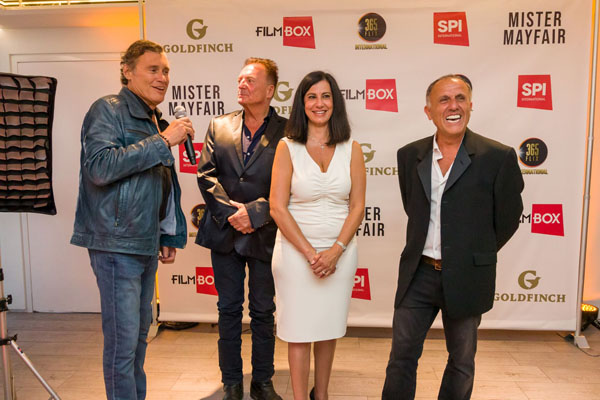 South Beach was alive with the pulsating sounds of salsa at a recent soiree marking the official launch of Mister Mayfair, a new movie trilogy. 365 Flix International, SPI International, Goldfinch and Producer Alan Latham are joining in a multinational collaboration to handle production and worldwide distribution.

Assante and Bauer, who have long enjoyed cult-like adulation, are teaming up with Ken Davitian, known for his comedic antics in Borat and whose sought-after versatility once led him to play Luciano Pavarotti. Guests congregated at the Hilton Bentley’s sleek Penthouse to mingle with the stars and hear their personal introductions and thoughts about the highly-anticipated venture.

Global media powerhouse SPI was represented by its president, Loni Farhi, who will also co-produce the project. The company’s FilmBox channel will handle distribution over six continents. 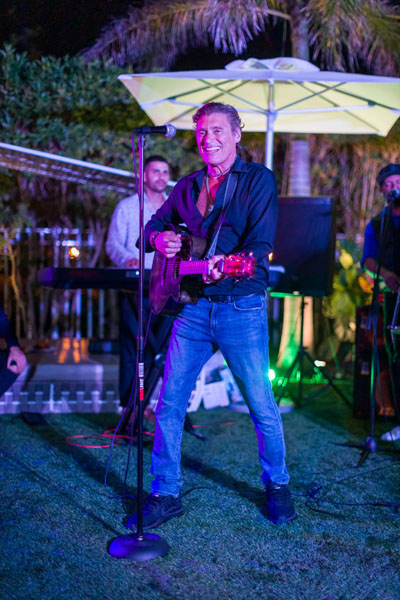 Assante, in his lengthy career, has played his share of shady characters and this latest role is no exception. Max Mitchell, a penthouse-dwelling American expat, is living large in Mayfair, London. He runs his own luxe nightclub which is a favorite of the in-crowd.  At 65, nothing can stop him…except the arrival of his unknown granddaughter bearing stories of his past as a safe-cracking, New York gangster.

Following the sunset libations, guests were invited to descend and dine poolside at the elegant Santorini by Georgios. The evening’s entertainment featured Cuban salsa band N’Taya, costumed dancers and electronic dance music. Cuban-American Steven Bauer, best known for his role in Scarface, took to the stage and wowed the crowd with his singing and guitar playing skills…jamming with N’Taya for an entire set.

The world-renowned French film producer, Philippe Martinez, whose talents also include screenwriting and acting, is directing the action-filled trilogy. Location filming in Portugal and York, England begins in mid-June.