THE PALM BEACHES: Where to Stay at Florida’s Most Luxurious 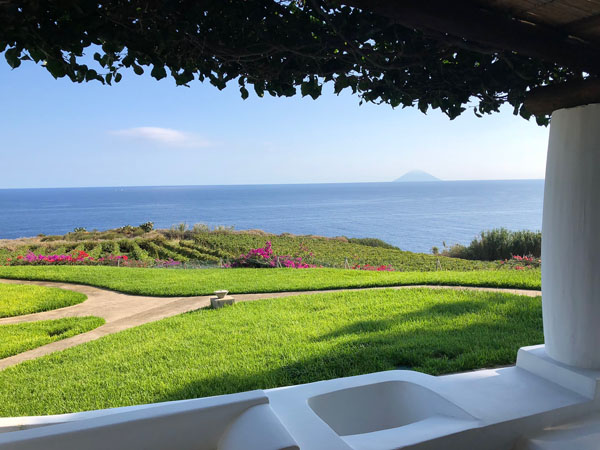 When it comes to food and fun, Marco Scapagnini puts the “IT” factor into his IT-alian tours. Marco has definitely found a niche for helping travelers find the most secretive and scrumptious spots with his tour company, Niche Italy. From Emilia Romagna, a paradise for food lovers looking to please their palate, to the magical beauty of Capri which captures the imagination, Marco brings his journalistic expertise and Italian background to entice you with his – and Italy’s – most enchanting charms.

Before becoming a master of all things food, wine and travel, Marco earned a degree in biology as well as a masters in journalism in Milan. His growing passion for the culinary arts and adventure led him to review restaurants and hotels, and before long he was flying high at Mondadori, the largest editorial group in Milan, where he was responsible for the company’s travel base with his expert advice appearing in multiple magazines. The Napoli native continued his successful writing journey with DK, another publishing company based in London, during which time he mostly worked remotely from Italy. He eventually wrote over 50 books for Eyewitness about Lake Cuomo and other picturesque Italian towns which made him even more of a boss on his boot shaped country. 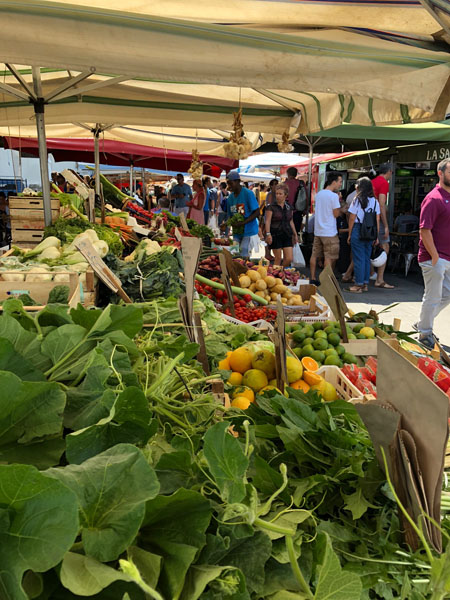 Marco really started getting a move on his business ideas when he moved to Washington, D.C., where his brother was living in the early 2000s.  It was around this time that he started thinking about focusing his efforts on something more food related because tourism had taken a downturn after September 11th.

“I started a food and wine company and really began promoting and creating Italy in the U.S. I then got back into tourism with tours for people wanting to travel for the food and wine industry. I had people asking me to find something very unique and authentic, places where the locals were going. Because of my credibility as a journalist and being Italian, they were going and experiencing what I was putting together for them, and they were getting reviews and people were calling and calling me. It was more giving advice to friends and then I decided that I need to do this as a profession, not just as a favor. When I was traveling with small groups I could be a guide and take people around knowing the local people. At local restaurants, chefs come out and say hello Marco, same thing with the wineries, I’m well-known by everybody. You won’t find this kind of hospitality with other tour operations. Connections are the key word. I put together a group of friends and now here we are with Niche and our experts where we mostly work with American travelers.” 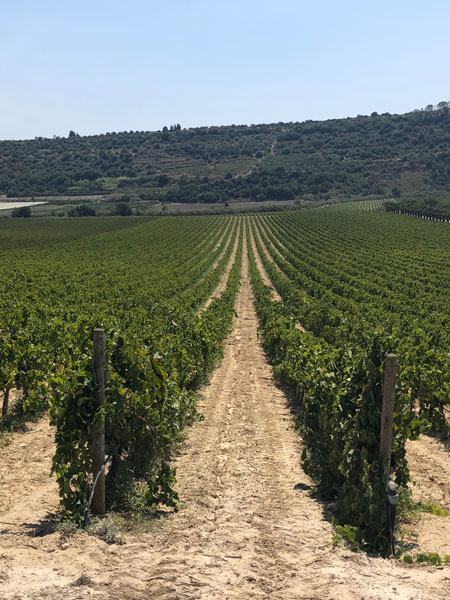 Of all the places he’s lived, from his birthplace of Naples to New York, Sicily is Marco’s sweet spot, and he still enjoys showing visitors all of the town’s secret spaces. Sicily, which Marco refers to as “the melting pot of Mediterranean culture,” definitely has an intriguing and illustrious past which you’ll gain deep insight into. Marco explained that “Sicily is composed of 2,000 years of history made by the Victorians, Greeks, Normans, Celtics, etc., who took the island to build their own architecture, their own art, their own wines, from different parts of the Mediterranean Sea. What’s magic is that it’s not destroyed by what other people built. You have Greek architecture, then Spanish influence, then another 50 miles you have temples and another 50 miles north you’ll find more Arab influence. It’s like touring all of the Mediterranean Sea in one island.”

From winding roads to wineries, Niche will take you on the road less traveled – but more worthwhile. Each destination is deemed worthy of Marco’s stamp of approval, and that includes the trending town of Matera, which has served as an inspiration for artists, writers sand moviemakers. Matera has gone from under the radar to right on the map after being designated as the capital of European culture. Marco described the town as a “dream, it looks like Jerusalem, with houses built in stone. It was a movie set for The Passion of the Christ and Ben-Hur scenes. It’s definitely more popular but there are still no big hotels, it’s more boutique hotels, there are lots of steps, you can’t bring in big buses. The tourism is still very niche, it’s more for individual travelers.” He also loves Lucca, a small town in Tuscany which he described as a place where you can “walk around, you can bike, it’s not busy with tourists. It’s my kind of town where I would like to retire!” 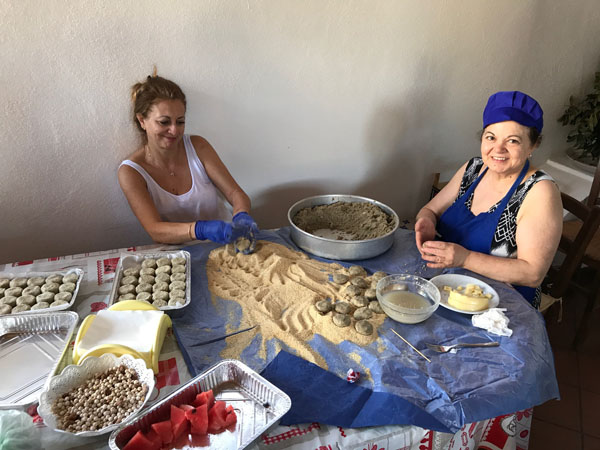 Lucca might be lovely, but Marco has no plans to retire yet, and still offers small group tours and more custom, individualized experiences, so you can explore the Aeolian Islands, Portofino and Piedmont, the Amalfi Coast, Puglia, the Italian Riviera, Florence, Perugia, Assisi, Chianti, Montalcino, Spoleto and many other spots which will leave you with memorable moments to last a lifetime. You will be instantly immersed in local Italian culture with boat expeditions, pesto classes, and scenic surroundings ranging from small fisherman villages to volcanic islands. One thing’s for sure – nobody does niche travel like Niche Italy!

Each tantalizing tour will also give you a taste of the best burrata and other bellissimo bites Italy has to offer. Marco explained that the reason you’ll be saying mamma mia with each mouthwatering morsel is because recipes are passed down by word of mouth from grandmother to daughter to son as part of the tradition, nothing is written down. “I learned from my mother how to cook and my mother learned from her mother. Ladies especially broke out from the house to the restaurant, so you can eat just like at home. They have the same suppliers, so they can access the same products, they never buy anything from a distributor. They go to the same little markets when buying for their house, and that’s the key to keeping our food so much better.”

Want to relive your incredible Italian itinerary even after you get home? Loyal travelers can become members of the Marco Club and continue to experience Sicily back in the states! That’s right, Marco will ship olive oil and new products from Italy straight to your home – or even come to your home for a post-trip party, complete with private wine tastings and dinners.

If you’re looking to rediscover your roots you’re in luck. They are currently working on a genealogy tour due to high demand amongst their travelers, many of whom are American with Italian last names. Marco explained that “we are really creating an experience with this tour which will be designated to finding where their ancestors came from. They’ll do some research on ancestry.com and then in Italy we’ll go to the archives and find as much as we can on our side.  When they come to Italy, we will meet the mayor and have a party with friends and relatives, so it’s going to be spontaneous.” 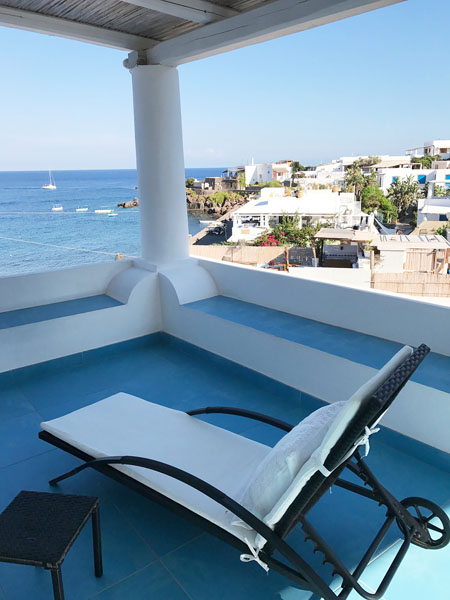 With clients in New York, California and Texas, this titan of travel is traveling most of the time himself doing wine tastings and wine presentations around the country with his wine company. When he’s not leading tours, Marco has a trustworthy team who he trained himself taking small groups around the most picturesque – and palatable parts of his beloved country.

Ready for a tour of Italy featuring local hospitality, secret spots and life changing lasagna? On your Marco, get set, go – book a Niche Italy vacation!