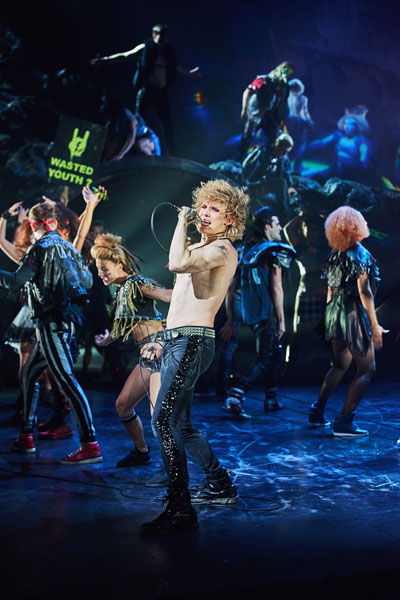 “Our cast is made up of true rock stars,” said Andrew Polec, who will be playing Strat. “This group glows with a fire that cannot be extinguished, and to embrace an audience with this energy every night has been a dream come true. Meat Loaf and Jim Steinman always intended for their songs to be used in a musical, and they have created an experience that redefines what it means to see a show and feel alive. This is the most exhilarating rock and roll musical ever created.”

This electrifying new musical, based on one of the best-selling albums of all time, will begin performances at New York City Center on August 1st, 2019, with an Opening Night set for August 8th, 2019. Lena Hall, who will reprise the role of Sloane, is ready to become a bona-fide rocker!

Meat Loaf lovers will marvel at this spellbinding show – after all, the three Bat Out of Hell albums have sold over 100 million copies around the world, and the show features iconic songs such as  “You Took the Words Right Out of My Mouth,” “Bat Out Of Hell,” “I Would Do Anything for Love (But I Won’t Do That),” and “Two Out of Three Ain’t Bad,” as well as two previously unreleased songs “What Part of My Body Hurts the Most” and “Not Allowed to Love.”

Polec, who described the show as a “marathon” due to all the voice and body exertion by the cast, wouldn’t have it any other way!“I love every single part of this production. It’s an explosion of the heart! A youthquake! A gift that keeps on giving. Bat Out of Hell is an overflowing fountain of joy that taps into the essence of rock and roll and celebrates love in all its beautifully rich, crazy, and even ugly details. The music is out of this world. Every show is a rock concert that will change your life forever. The story is larger than life. It takes you on a roller coaster journey of ecstatic highs and star-crossed-lover lows. The choreography is so infectious that you can’t help but want to join. Our set immediately grabs you by the hand and pulls you into a futuristic world of endless possibilities.” 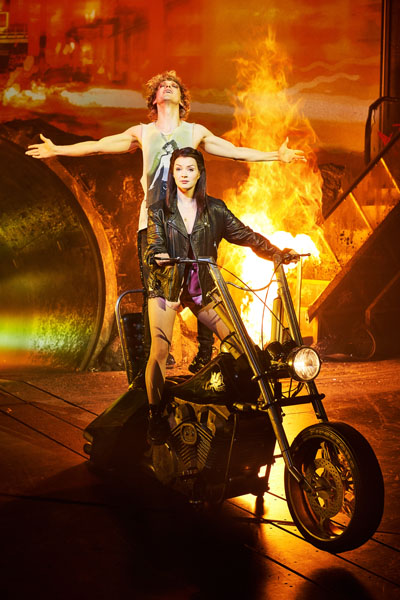 The rock songs of Steinman come to life through the story of rebellious youth as Strat, the immortal leader of The Lost, falls in love with Raven, the beautiful daughter of the tyrannical ruler Falco – and you will fall in love with everything from the songs to the characters. “This show is about you,” explained Polec. “Your love is embodied on this stage through these passionate characters, the heart-wrenching and glorious Meat Loaf and Jim Steinman music, and the life and death events that either pull us asunder or bring us closer than we ever imagined. In the end, it’s love that unites us all.”

The entire cast was coached by Meat Loaf, but they put their own twist on this production, which has everything from rock to romance!