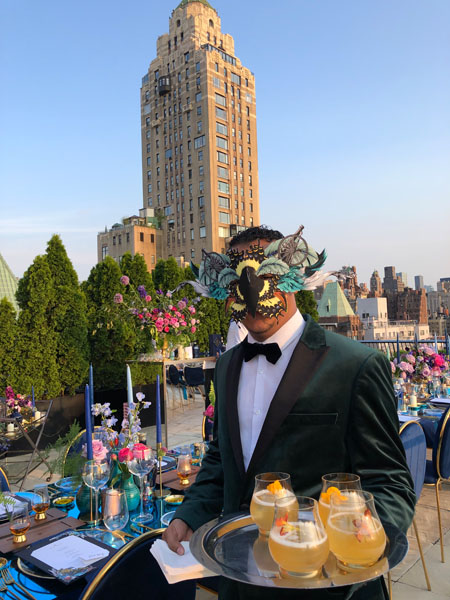 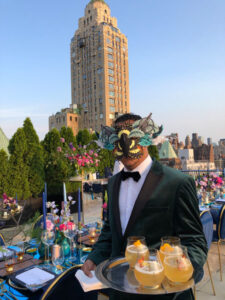 Monday, 15th July, 2019 – The ‘King of Whisky’ Royal Salute is toasting an all-new look for its signature 21 Year Old Scotch whisky, showcasing a contemporary take on its rich history with a colourful, enchanting depiction of the British Royal Menagerie that pays tribute to the brand’s royal heritage.

Created in collaboration with esteemed fine artist Kristjana S. Williams, the new packaging features a striking illustration that is part of a complete transformation for Royal Salute and a visual embodiment of the colourful, fantastical new direction the Scotch whisky is taking.

Designed to be discoverable, the illustration creates a never-ending exploration of the history of Royal Salute, composed of carefully curated references to the brand’s royal heritage, with a modern twist. From the iconic Royal Salute lion proudly overlooking his kingdom with his crooked crown, to the fluttering tartan butterflies that bring the brand’s proud Scottish roots to life, to the oak cask, rushing river and Speyside distillery all integral to the production of Royal Salute whisky – each individual element tells a story and makes up the wonderful world that is Royal Salute. 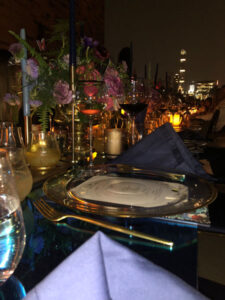 The 21 Year Old The Signature Blend is Royal Salute’s flagship whisky, which was originally created as a gift for the Coronation of Queen Elizabeth II and has been steeped in royalty ever since.

Royal Salute Master Blender, Sandy Hyslop, said of the news: “Royal Salute is the pinnacle of exceptionally aged Scotch whisky, starting where others end at 21 years.

“As Master Blender for Royal Salute, there is no greater honour than protecting the continuity of the blend that was first created in 1953 and has remained exceptional ever since. But while this is a brand steeped in unparalleled heritage, it’s also one at the forefront of innovation which is why it’s so exciting to be part of the next era of Royal Salute. This new look for our Signature Blend embodies this transformative new chapter.”

The elegant blend is housed in a beautifully crafted porcelain flagons glazed in a sapphire hue inspired by the precious stones set within the Imperial State Crown.

Royal Salute Marketing Director, Mathieu Deslandes, added: “There has never been a more exciting time for our brand. With a bold new look across our packaging that speaks to our unique quality, craft and personality, we’re raising the bar for Scotch whisky.  And we’re only just getting started.

“We wanted to create something special for our Signature 21 Year Old. This is, after all, a whisky first created for royalty. The result is a fun, vibrant take on our rich heritage that brings to life our royal legacy with a colourful depiction of the British Royal Menagerie at the Tower of London, and it’s unlike anything we’ve seen from a Scotch whisky.”

The Royal Salute 21 Year Old The Signature Blend is available from select luxury whisky retailers around the world from July. RRP starts at USD $135. Find out more at: www.royalsalute.com.

Royal Salute is an exceptionally crafted and aged Scotch whisky, starting where others end at 21 years old. Created to mark the coronation of Queen Elizabeth II and the 21 gun salute that honoured her, the brand is steeped in tradition and proud of its royal lineage, but is firmly engaged in the modern world by constantly pushing the art of blending into new, creative and ambitious forms. Royal Salute is deeply involved in polo – the world’s oldest surviving team sport and a game that’s expanding in the modern era. The brand sponsors more than 15 international tournaments from the UK and the USA through Argentina and China to Korea. www.royalsalute.com.