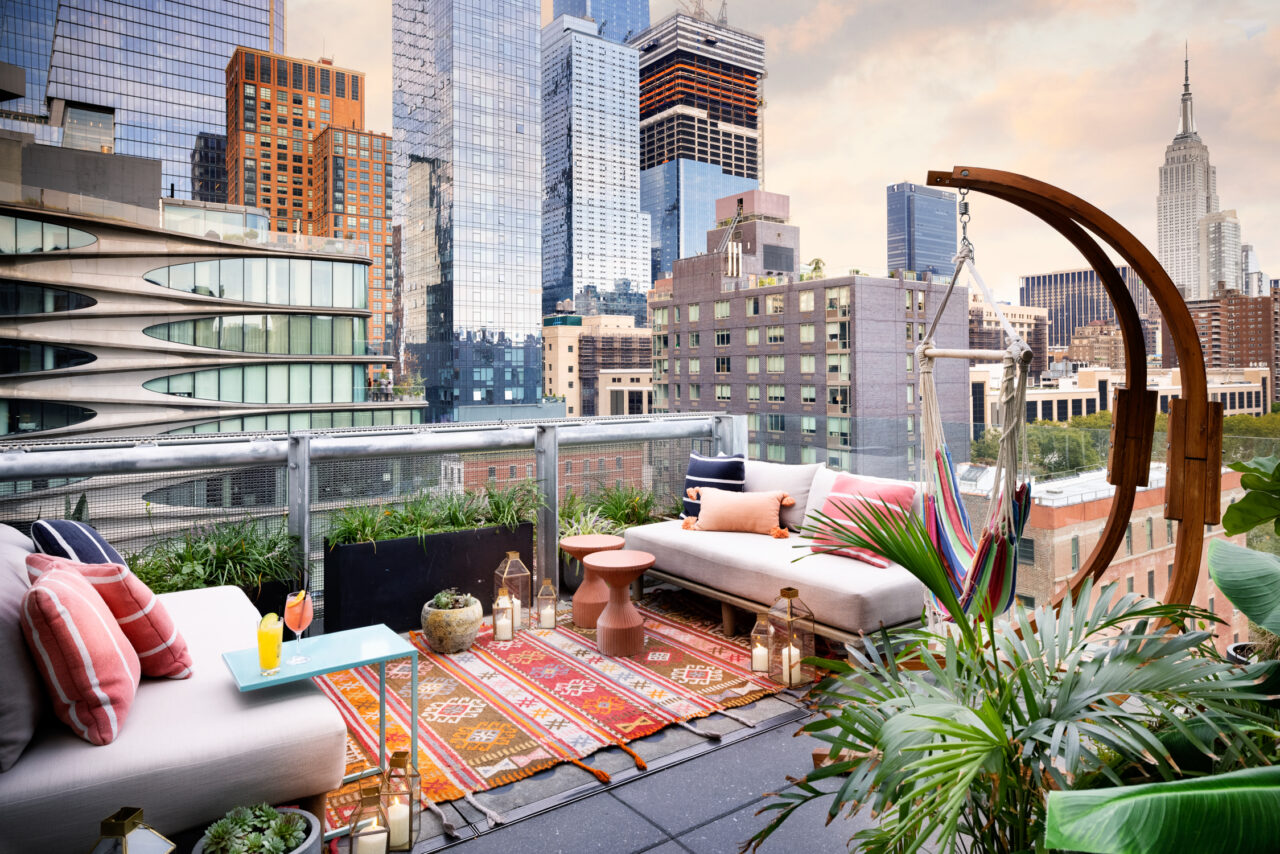 As there has never been a shortage of dining experiences in NYC, this month we are pleased to feature some new gems that would tantalize the palate.

Experience a taste of sustainable farm to table Mediterranean cuisine at Amali, Midtown East’s latest gem, ideally situated near Bloomingdales. Thoughtfully named after a Turkish word used to describe the commonality of the ancient lands west of Istanbul the menu and cooking techniques are inspired by the rich historical traditions shared by Greece, Italy, France, Israel and Spain, with a NYC edge.

Bathed in an airy and light dining room, the atmosphere has the vibe of a charming seaside enoteca on a luxurious Greek island. The culinary journey begins with a serving of delicious fluffy sesame bread paired with whipped feta butter. Start with the Kampache crudo with vibrant citrus notes from the Asian pear, Thai basil, and lime. One of the standout dishes is the Koginut squash and lobster ravioli topped with Perigord truffle and the filet mignon with Maitake mushrooms, and be sure to save room for a classic tiramisu for dessert. Amali also showcases a range of excellent and
lesser known Greek wines, biodynamic and organic Mediterranean wines, and boutique wineries founded by female winemakers. The wine list has received the Best Of Award of Excellence from Wine Spectator annually since 2012.

This carefully curated menu was created by Alex Tubero who was born and raised in South Florida and was inspired to pursue a career as a chef after reading Thomas Keller’s French Laundry Cookbook. He moved to Napa and enrolled at the Culinary Institute of America where he worked at Thomas Keller’s Ad Hoc in Yountville, CA and later honed his skills in some of NYC’s best kitchens including Betony, Union Square Café and Legacy Records to create one of the most innovative menus in NYC’s
restaurant scene. 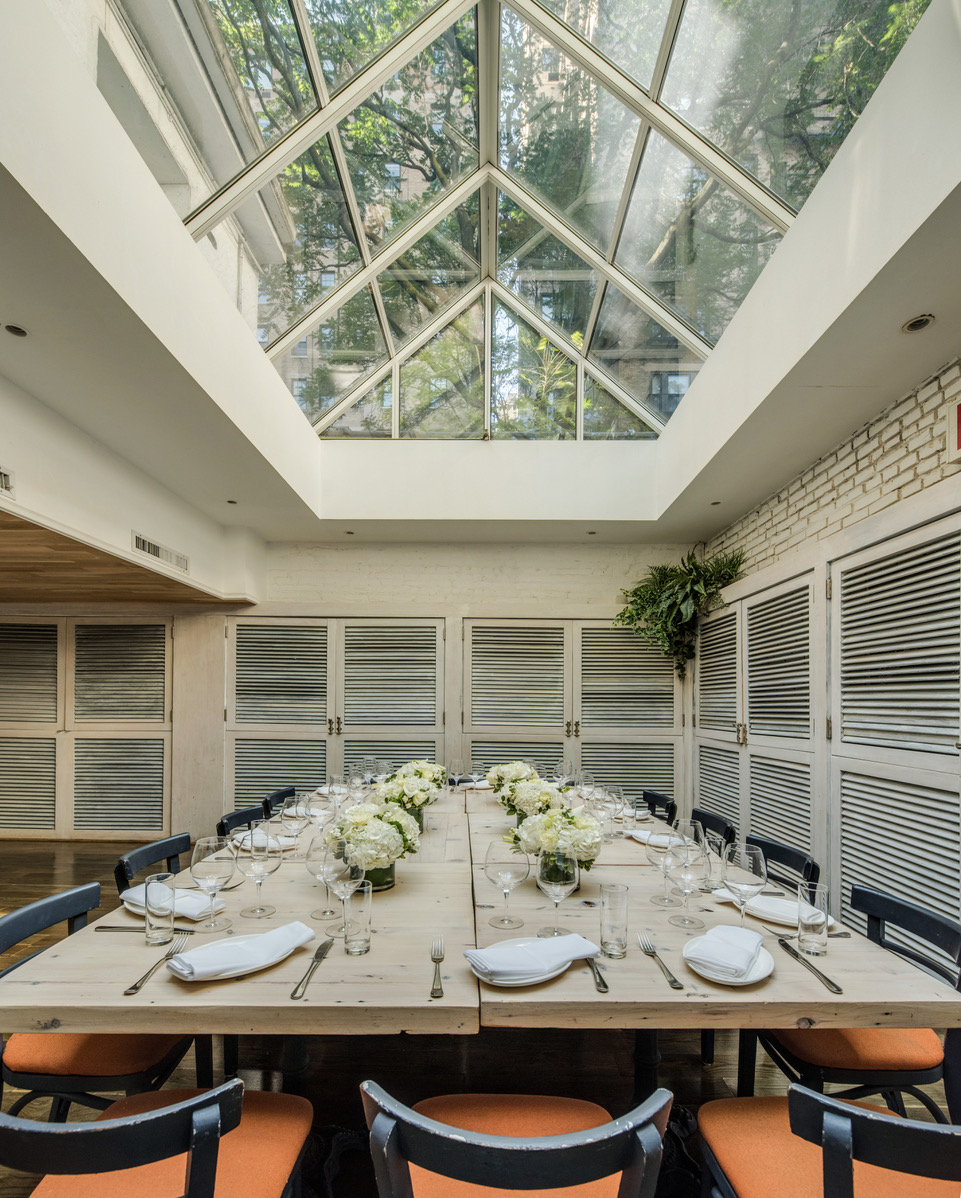 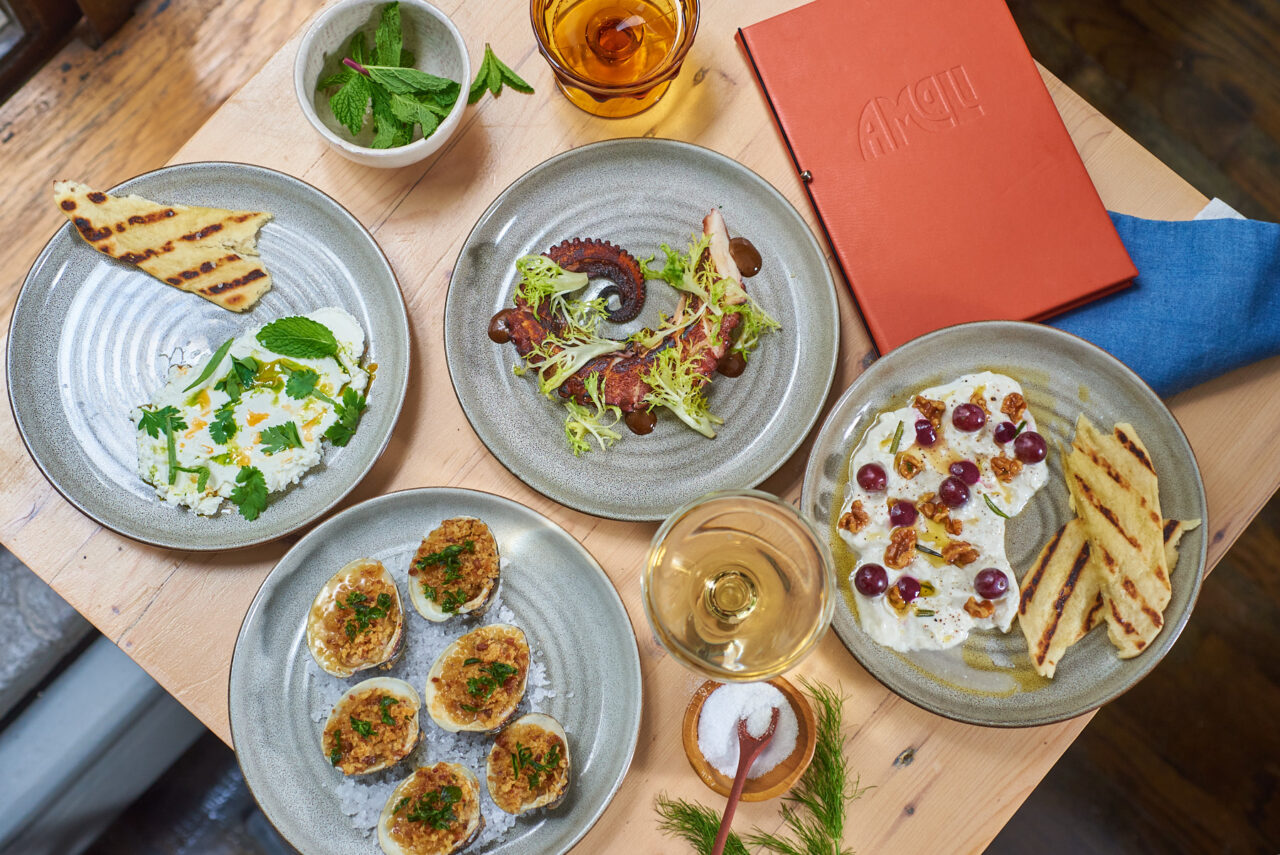 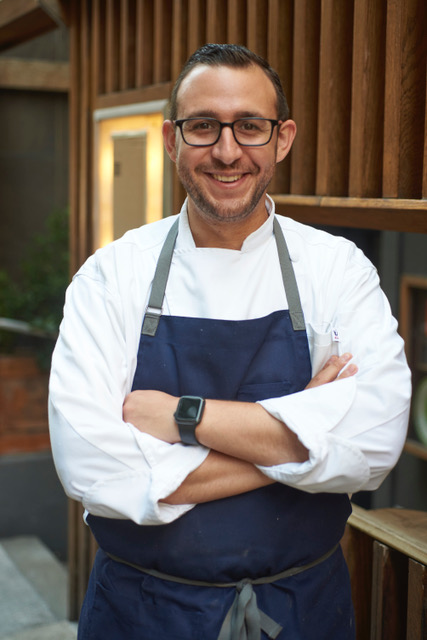 As New Yorkers are always curious to experience new adventures in dining, the latest Asian fusion speakeasy just opened in Midtown’s garment district. Behind a bold Asian-inspired mural is the entrance to Sei Less, which is reminiscent of the grand nightclub/ dining destination concept that Tao has immortalized, but with a newer and contemporary flair. Created by five seasoned NYC nightlife and hospitality impresarios, including Joseph Licul, co-owner of Harbor Rooftop Nightclub; Dennis Turcinovic, former managing partner of Delmonico’s Restaurant Group and co-owner of Harbor Rooftop Nightclub; Dara Mirjahgiry from Jue Lan Club and Philippe Chow; Ivi Shano formerly from Jue Lan Club; and Dream Hospitality spearheaded by George Karavias, who have collectively brought their secrets of success to create Midtown’s latest hotspot.

Designed for a night out on the town, the sprawling 8,000 square foot space can seat 350 guests in a
sultry 1930s Shanghai setting with a contemporary Asian flair. Banquettes line the walls that are perfectly lit for a romantic tete a tete which surrounds a lively U-shaped bar as the centerpiece scene. Traditional hand-carved Asian design elements pay homage to the traditional pagodas of the past with modern art and sumptuous furnishings. But the star of the show is the modern pan – Asian fusion menu that takes center stage. Signature dishes include Chicken Satay, Pastrami Egg Rolls with kimchi, and Rock Shrimp Tempura along with standouts such as the grilled Ribeye and a colossal lobster with a ginger scallion sauce. Dishes strike the perfect balance between sweet and savory with a bit of spice and pair perfectly with Asian-inspired cocktails such as the Lychee Martini, Yuzu Margarita, and Elderflower Mojito. Whether you are grabbing a bite before or after a show at Madison Square Garden or are looking for a late nightcap, Sei Less is open Sunday through Thursday until midnight and 1 am on the weekends.

“It’s an incredible opportunity to bring destination dining back to NYC in a way that also honors the city’s international history and mystique,” said Dennis Turcinovic, CEO. “The team behind Sei Less merges decades of exemplary experience to create a speakeasy vibe that is truly unique. We have created something extraordinary, inside and out, and we are thrilled to finally open our doors and realize our vision in action.” 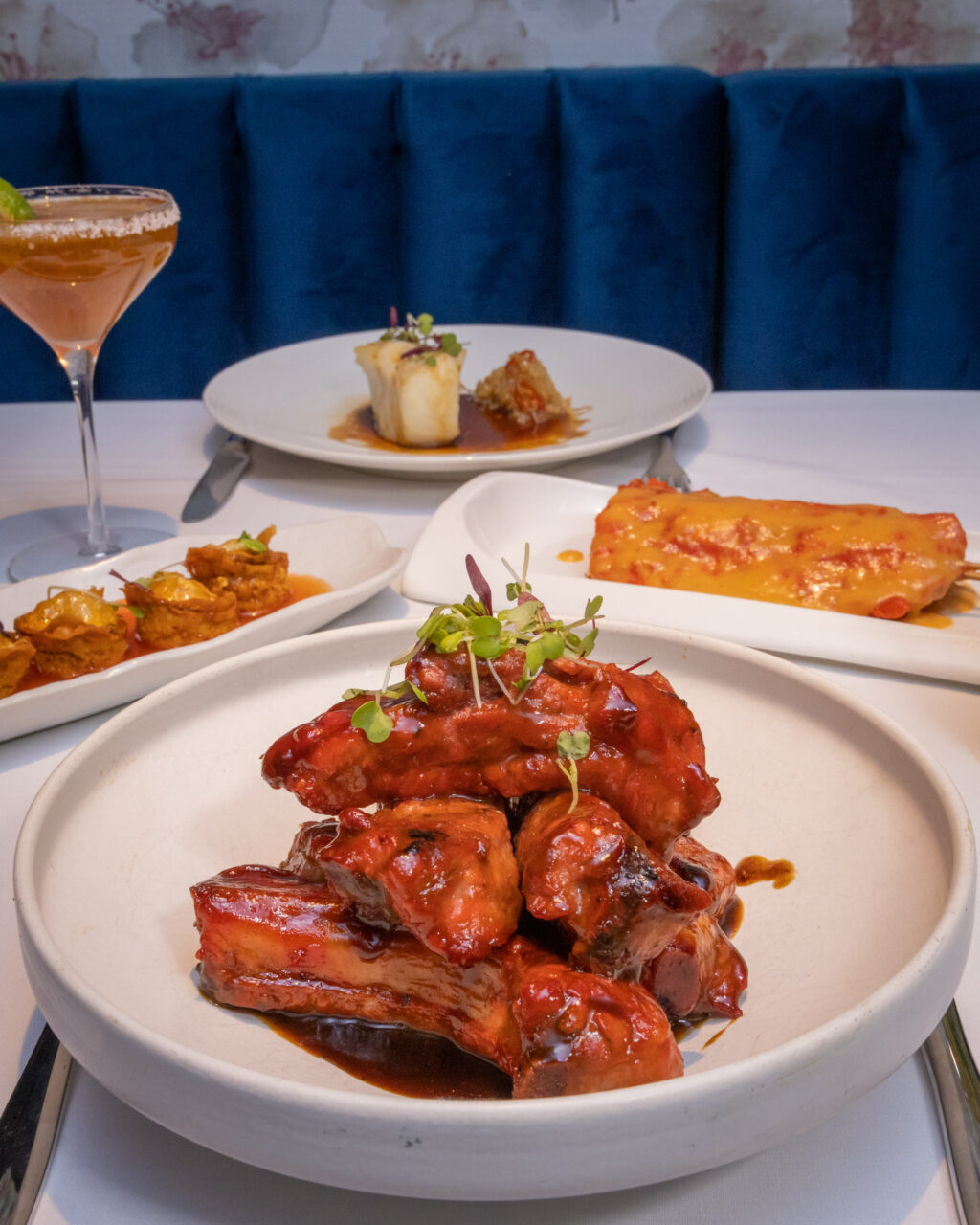 Pronounced home, the name is inspired by the kitchen most often serving as gathering place in a
home–a place to create a connection with those around you over food and drink. HOWM is
West Chelsea’s newest gastropub located in the lobby of the Selina Chelsea hotel, which is part
of a hotel chain group with a strong presence in Latin and Central America and is reminiscent of
the dynamic contemporary dining scene of Mexico City and Bogota, Colombia with the light and
airy 70s vibe awash in a neutral palette with a lovely open garden area in the back to enjoy in the
warmer months. Ecuadorian born Chef Byron Peñafiel created a menu comprised of small
dishes and sharing plates that takes cues from his native South American cuisine but
mixed with a modern NYC contemporary flair. Start with some South American
specialties such as the signature guac, Peruvian fluke ceviche or chicken empanadas.

For all-day dining delve into the fish or veggie tacos or for larger appetites try the char
broiled hanger steak with chimichurri and yuca fries or the guava glazed half chicken.

Enjoy bespoke cocktails with a South American flair with a mixology program created
by Gilded Group’s Beverage Director, Daniel Bedoya, who lends a creative flair to the beverage
program. Try his unique and potent libations such as El Aguacate with a tarragon infused
cachaca, avocado, lime juice, and vanilla or the Martin el Sucio with tequila, roasted garlic
infused mezcal, Lillet, and orange bitters topped with a pickled beech mushroom. 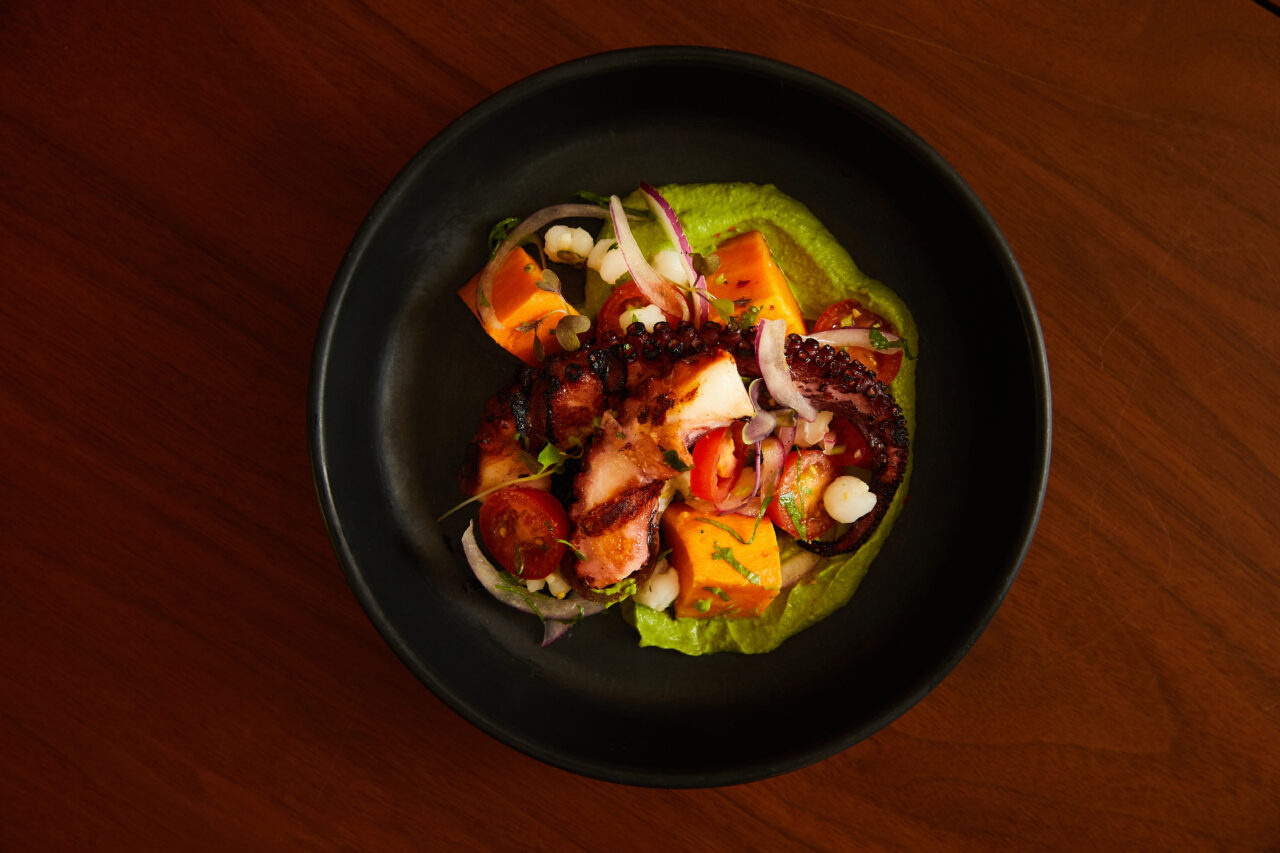 Let us know in the comments if you’ve been and your thoughts!