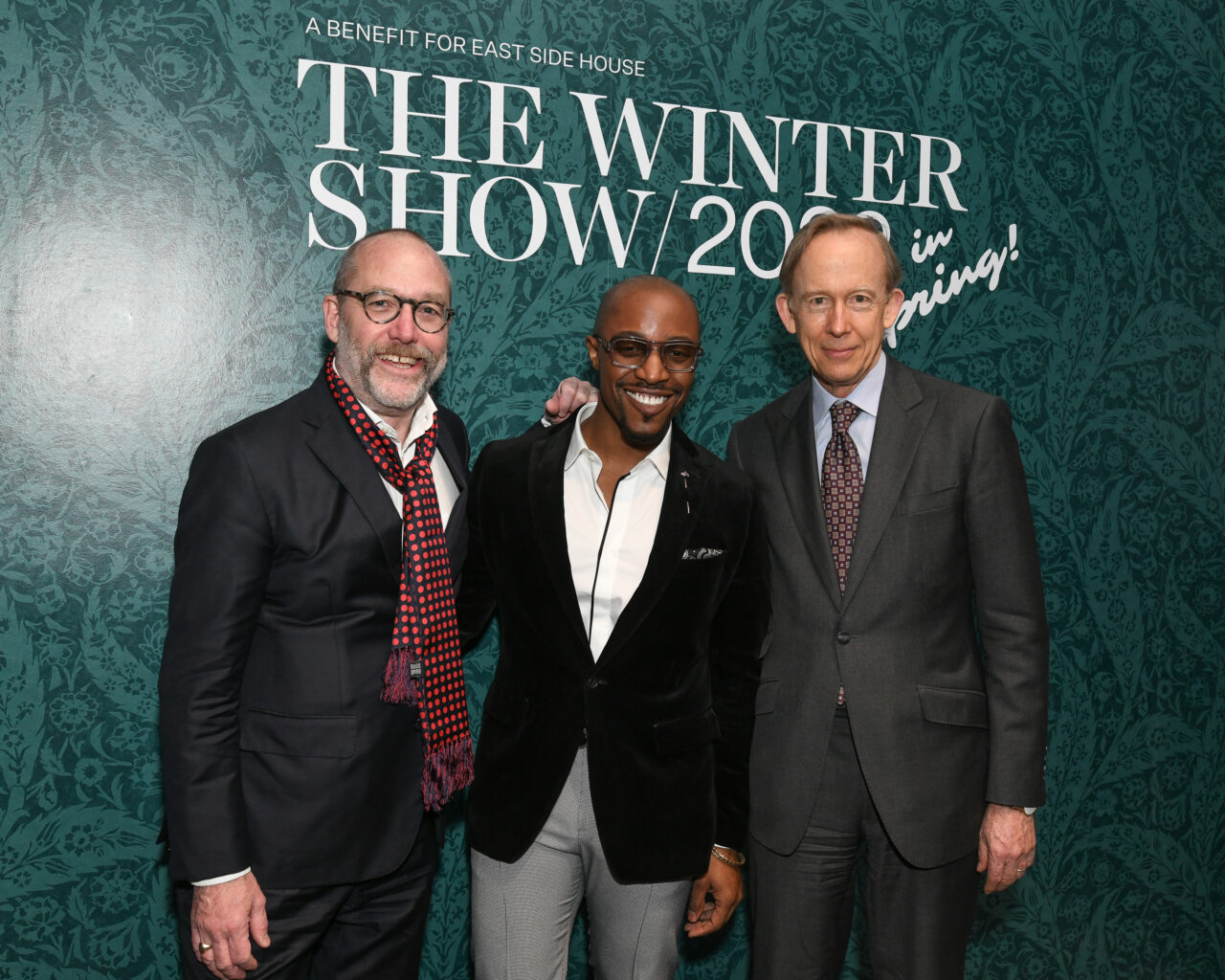 New York City (April 1, 2022) — The Winter Show, a benefit for East Side House, held its annual Opening Night Party on Thursday, March 31, 2022 at 660 Madison Avenue, the former flagship location of Barneys New York. One of the year’s most highly anticipated events, the evening was attended by 1,000 guests from the worlds of art, antiques, design, business, and philanthropy, and kicked off the 68th edition of the fair. Proceeds from the Opening Night Party, and all net proceeds from The Winter Show ticket sales, support East Side House Settlement — a community-based organization serving the Bronx and northern Manhattan.

The evening of cocktails and hors d’oeuvres provided a special opportunity for guests to preview the fair’s esteemed exhibitors and peruse and purchase highly coveted fine and decorative arts before opening to the public April 1-10, 2022. The 2022 edition features over 60 exhibitors and is spread across six floors of 660 Madison Avenue’s historic building, activating the space with a lively exchange of art and objects from around the globe. Attendees previewed special activations throughout the building including an installation by the American Museum of Folk Art on the building’s lower level. The Winter Show’s Lead Sponsor is Bank of America.

The Winter Show is the leading art, antiques, and design fair in America, featuring the world’s top experts in the fine and decorative arts. The Fair was established in 1954 as a benefit for East Side House Settlement and, by the end of the decade, had firmly established itself as the leading event of its kind in the United States.

All revenues from the Fair’s general admissions and the net proceeds from the Opening Night Party and other special events benefit East Side House and contribute substantially to its robust community programming. No part of sales made by exhibitors is received by East Side House. For more information, please visit thewintershow.org

East Side House Settlement is a community-based organization located in the South Bronx. Recognizing education as the key to economic and civic opportunity, East Side House works with schools, community centers, and other partners to bring quality education and resources to individuals in need, helping approximately 14,000 residents of the Bronx and Northern Manhattan improve their lives each year.

Each object at The Winter Show is vetted for authenticity, date, and condition by a committee of 120 experts from the United States and Europe to maintain the highest standards of quality in the art market.

For more information, and to learn more about how you can support East Side House Settlement, please visit eastsidehouse.org