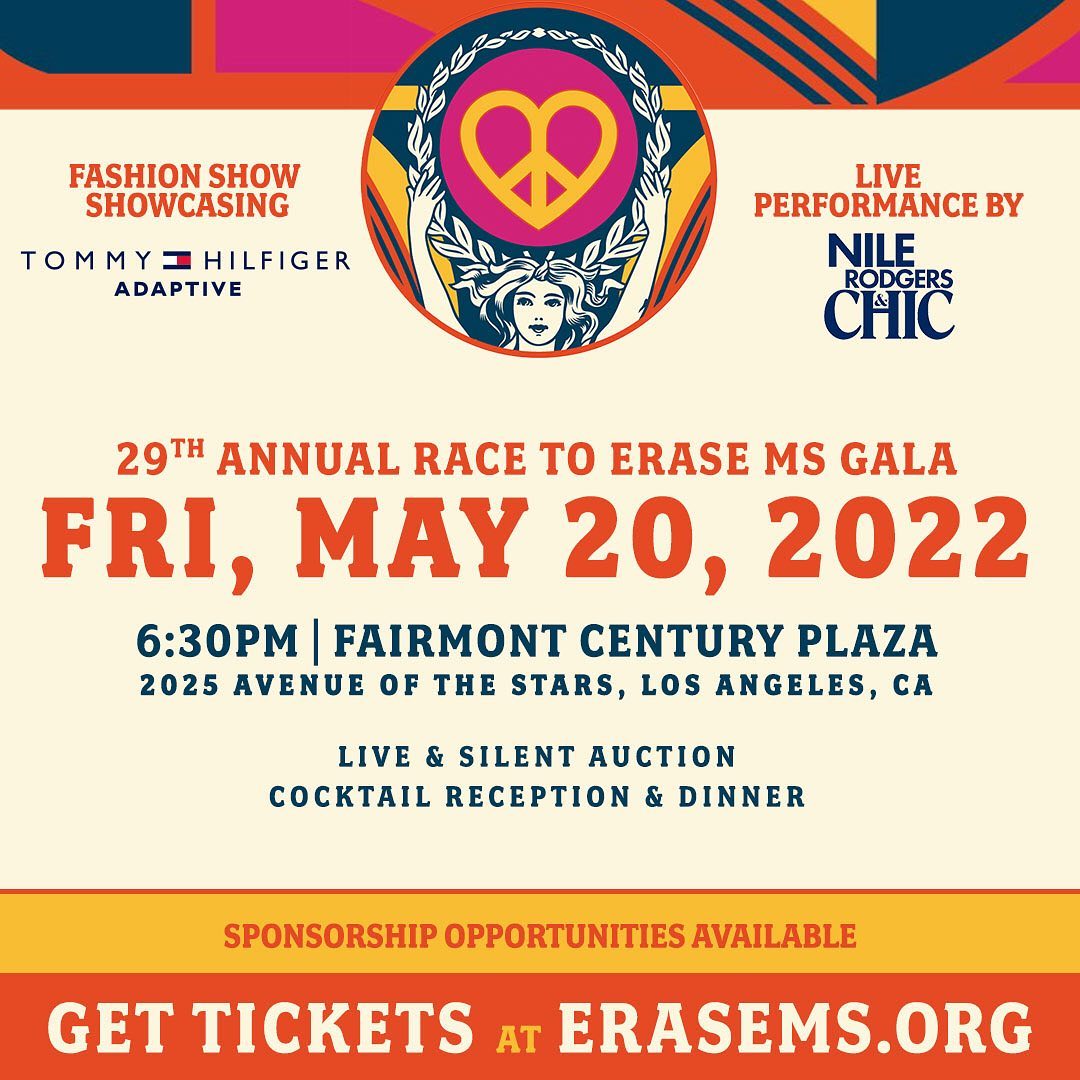 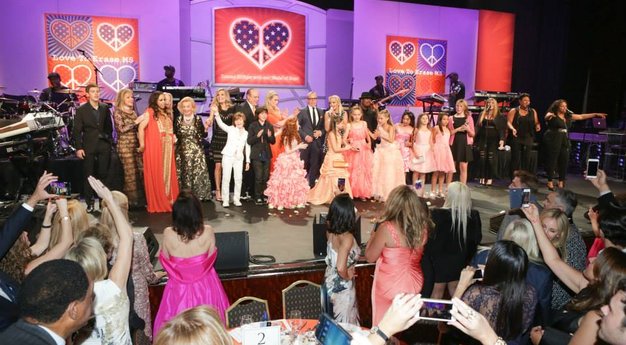 As the world is starting to reopen, one of the glittering highlights of the LA charitable social scene returns this year!

Multiple Sclerosis (MS) advocate and Race to Erase MS founder Nancy Davis is proud to announce the 29th annual Race to Erase MS Gala, Love to Erase MS to be held on May 20th, 2022 at the Fairmont Century Plaza. The annual gala is one of the most important fundraising events supporting innovative research and therapeutic approaches to eradicate MS through the foundation’s Center Without Walls program a collaboration between eight of the leading MS research centers across the country, who work together as a team on groundbreaking research with the goal of treating and, ultimately, finding a cure for MS.

This year’s Race to Erase MS Gala will feature a performance by Grammy Award-winning composer, producer, and guitarist Nile Rodgers & Chic. Among music legends, Nile Rodgers is truly exceptional. He amplifies his legacy by constantly traversing new musical terrain and successfully expanding the boundaries of popular music. As the co-founder of CHIC and the Chairman of the Songwriters Hall of Fame, Rodgers pioneered a musical language that generated chart-topping hits like “Le Freak,” (the biggest selling single in the history of Atlantic Records) and sparked the advent of hip-hop with “Good Times”. Nile transcends all styles of music across every generation with a body of work that’s garnered him inductions into the Rock & Roll Hall of Fame and the Songwriters Hall of Fame.

Tommy Hilfiger Adaptive will present its latest collection in a fashion show at this year’s gala. Launched in 2017, the line features innovatively designed clothing that makes dressing easier for adults and children with disabilities.

The Race to Erase MS is honored by the gracious design contribution for the event by Shepard Fairey and Studio Number One. The original artwork will be featured in all gala communications and exclusive event merchandise with the design will be available online at shop.erasems.org April 1st.

In addition, the Gala will also feature www.159.gallery Los Angeles which exclusively represents world-renowned German wildlife photographer Lars Beusker. www.159.gallery Los Angeles is represented by agent Sabine Niederberghaus. They are donating the sold-out image “Panther” with edition number 1/10 from Lars Beusker’s private collection in XXL size of 94’5” (2,40 meters) for auction. The tote for the event goody bag is also sponsored by the gallery and designed by the artist himself showing one of his extraordinary images. In addition, during the gala event an exclusive showcase of 10 of his artworks will be on display with 30% of sales that evening supporting Race to Erase MS.

After two highly successful years of drive-in events due to the coronavirus pandemic, this year’s Race to Erase MS gala makes its long-awaited return to the foundation’s original home at the newly renovated Fairmont Century Plaza.

“I am thrilled to be returning to our longtime home at the Fairmont Century Plaza for this year’s Race to Erase MS Gala, where our fundraising efforts provide tremendous support for the medical and scientific community’s integral research into finding a cure for MS.” said Nancy Davis. “To date we have raised over $50 million for MS research, and there are now 22 FDA approved therapies available to treat multiple sclerosis. Our annual gala benefits the foundation’s Center Without Walls program, a unique collaboration between the world’s leading MS research scientists and investigators who have bolstered their individual efforts into the collective action that has led to exciting discoveries in the search for a cure. Our supporters provide hope, inspiration, and resources to those in the MS community.”

Since the Race to Erase MS foundation was created by Nancy Davis in 1993, there has been more than $50 million raised and 22 FDA approved therapies created to aggressively fight MS that have provided hope, inspiration, and resources to those in the Multiple Sclerosis community. The gala directly benefits the foundation’s Center Without Walls program, a unique collaboration between the world’s leading MS research scientists and investigators who have bolstered their individual efforts into collective action that has led to exciting discoveries in the search for a cure.