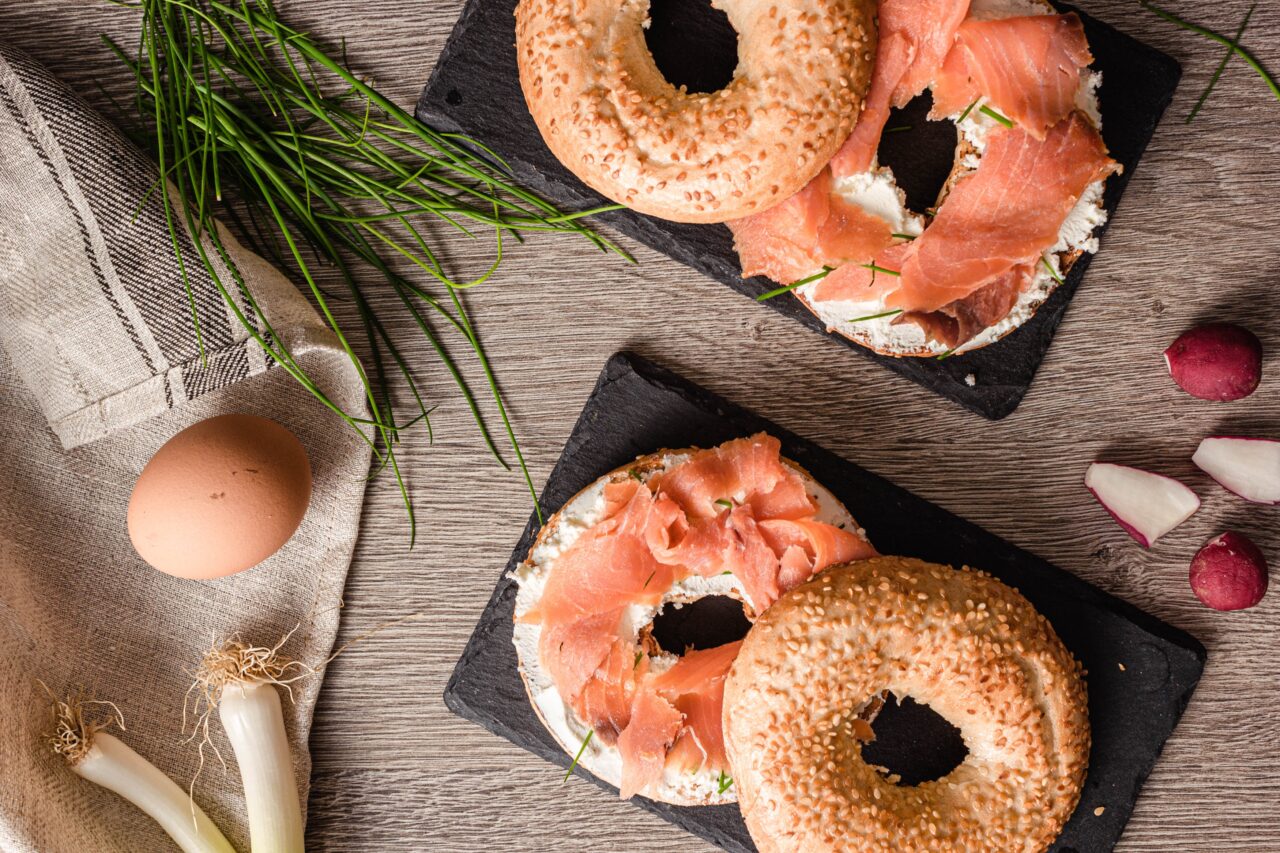 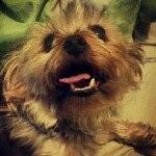 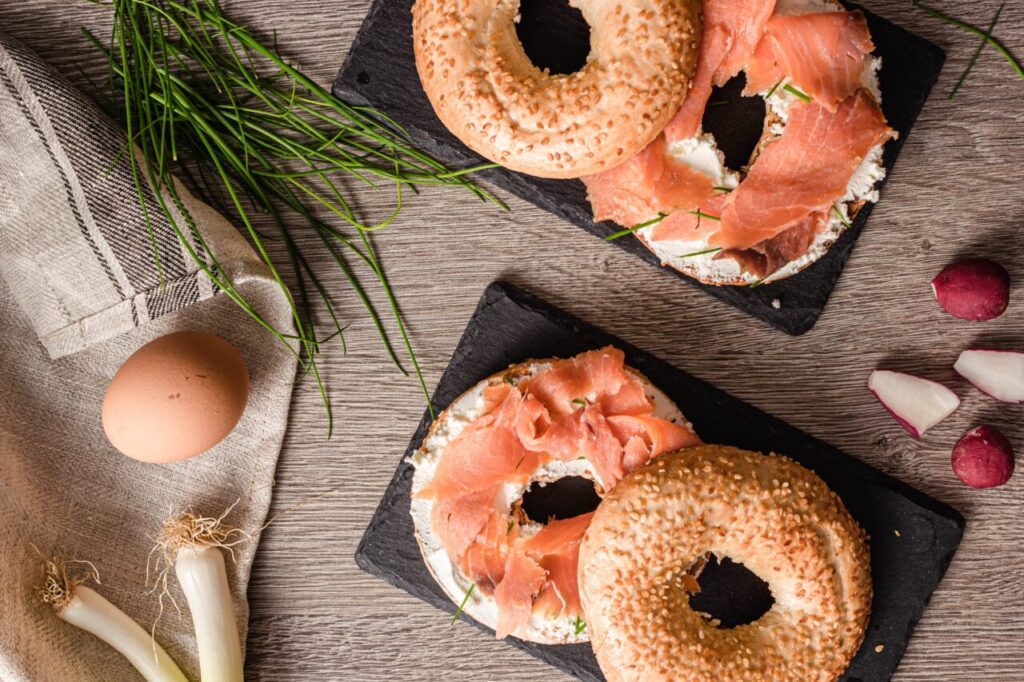 Bagels are a food that is synonymous with New York City.  Some people refer to them as a “cement doughnut”. According to the Smithsonian the origins of the bagel can be traced to 1394 in Poland and “ring-shaped breads have a long history in other countries, too: Italy has Taralli and Ciambelle, and China has Girde”. Eastern European immigrants of the late 19th-century brought bagels to the United States and bagels gained popularity in the 1970s by breaking away from their mostly ethnic niche markets into the mainstream. Television advertisements for Lender’s company referred to them as “the Jewish English muffin”. By the mid 1990s bagels were a multibillion-dollar industry and a NYC staple, many argue that the city produces some of the best bagels in the world.

@PopUpBagels is disrupting the longstanding view of where good bagels originate while creating high demand for a bagel with origins in Connecticut. This company is known for creating long lines of eager bagel lovers hoping to get the chance to snag a delicious delectable golden-hued carb delight. The bagels have become so popular that they have been featured in the New York Times and has left a trail of satisfied bagel enthusiast from Manhattan to the Hamptons and have been known to sell out in less than a minute after the preorder goes live. 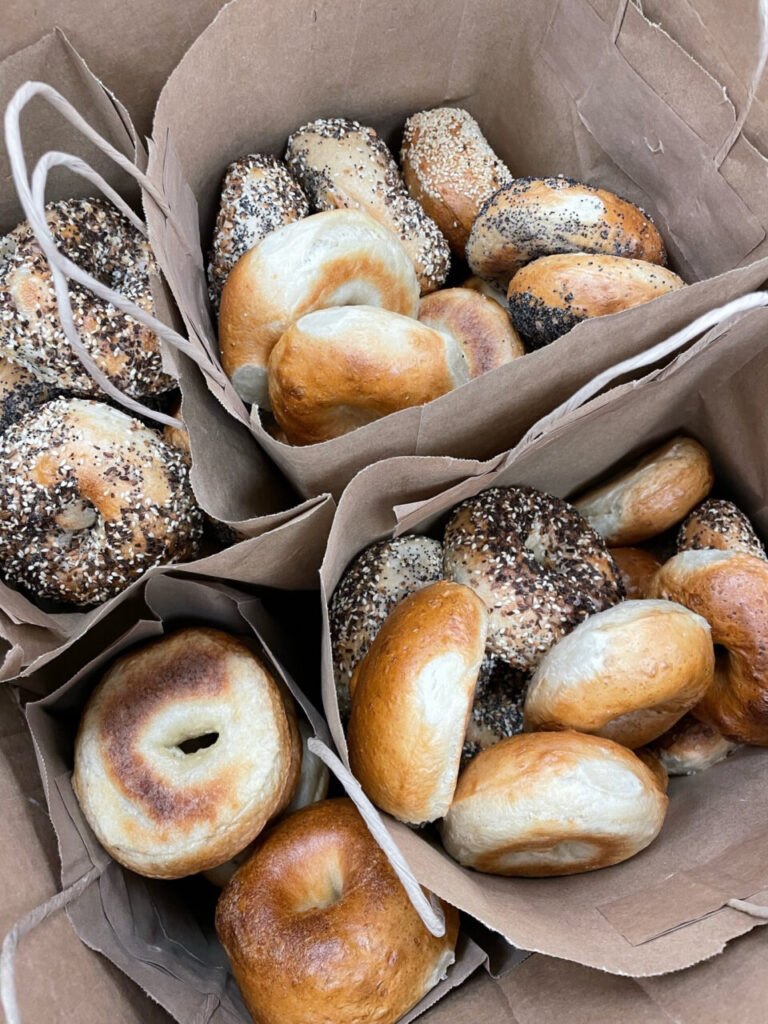 Resident Magazine: Tell us more about your background, where are you from? Where did you grow up?

Adam: “I grew up in Livingston, NJ College in Washington DC.  Lived in Manhattan from 1996-2004 when I got married and moved to Westport, CT where I have been ever since.”

Resident Magazine: Why bagels? How did you get involved in the bagel business? How did the business start off?

Adam: “Everything began during  the early [days of] covid, my mornings were spent like many other people making Sourdough bread.  When the weather turned hotter mid summer, I wanted to try something different and along with my cousin, we started to experiment making bagels.”

Resident Magazine: What were your initial goals with your business? Have you exceeded your initial expectations?

Adam: “Initially this was just to kill time and have fun.  I never looked at this as a business until December 2020, when people were calling and messaging me non stop for access to our bagels.  At that point, I knew I was onto something”

Resident Magazine: What is the secret to creating the perfect bagel?

Adam: “For us, the perfect bagel has all the chew in the crust, with a hint of lightness in the dough.  It’s a tricky balance to accomplish.”

Resident Magazine: How did you become one of the most sought after bagels? How can the general public try your bagels? Where can we find them?

Adam: “Our bagels are only sold in advance online at Popupbagels.com and cannot be purchased by walking into a store.  Or you can be one of our hundreds of subscribers who have a weekly standing order of fresh bagels at a particular pickup time.”

Adam: “We got invited to Bagelfest by its founder who had tried our bagels at an earlier event and felt we deserved a shot.  While we were the only out of state bagel shop, we would up winning People’s Choice Best Bagel award.  It was quite an honor and a thrill to be included and even greater to win the competition segment.  We will be back in 2022 with some more great product and look forward to seeing everyone again.” 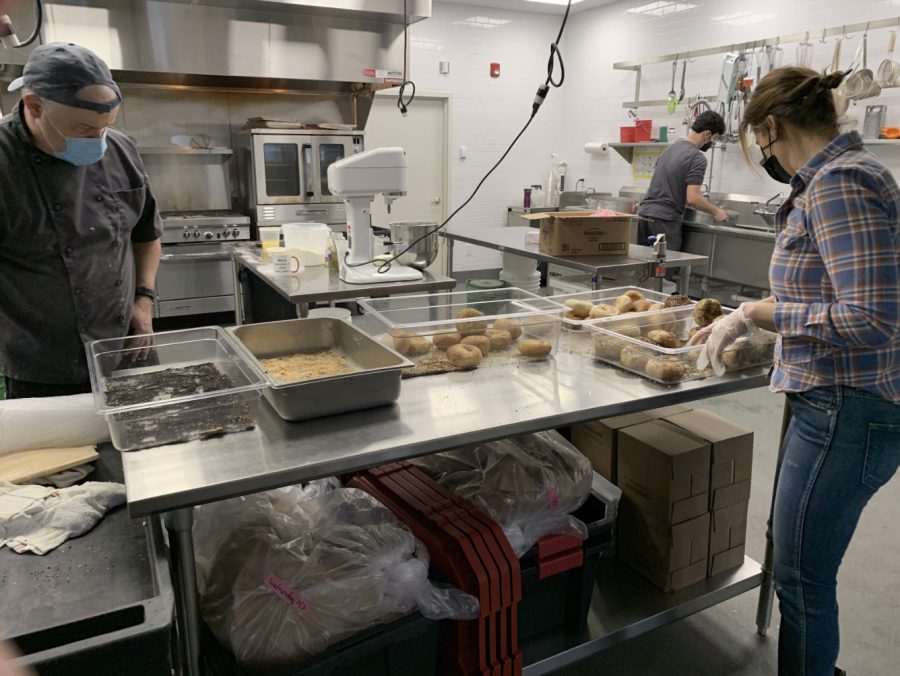 @PopUpBagels started as a backyard pickup window to share a newly created bagel recipe with friends and it is now only available via presale  at specified pickup times to ensure freshness. Every order includes one dozen assorted bagels and two artisan schmears. You have the option of adding some opulence by adding roe or smoked fish to your order as well. Their newest creation features chili oil butter by gourmet chef Christine Yi of CYeats with capers and red onion cream cheese.

@PopUpBagels will be baking every weekend and will have the following schedule for the month of may:

BROOKLYN POPUP MAY 7TH
WESTPORT MAY 7 AND 8
REDDING MAY 6, 7 AND 8
GREENWICH MAY 8
SPECIAL BLOODY MARY BOX MAY 8 WESTPORT