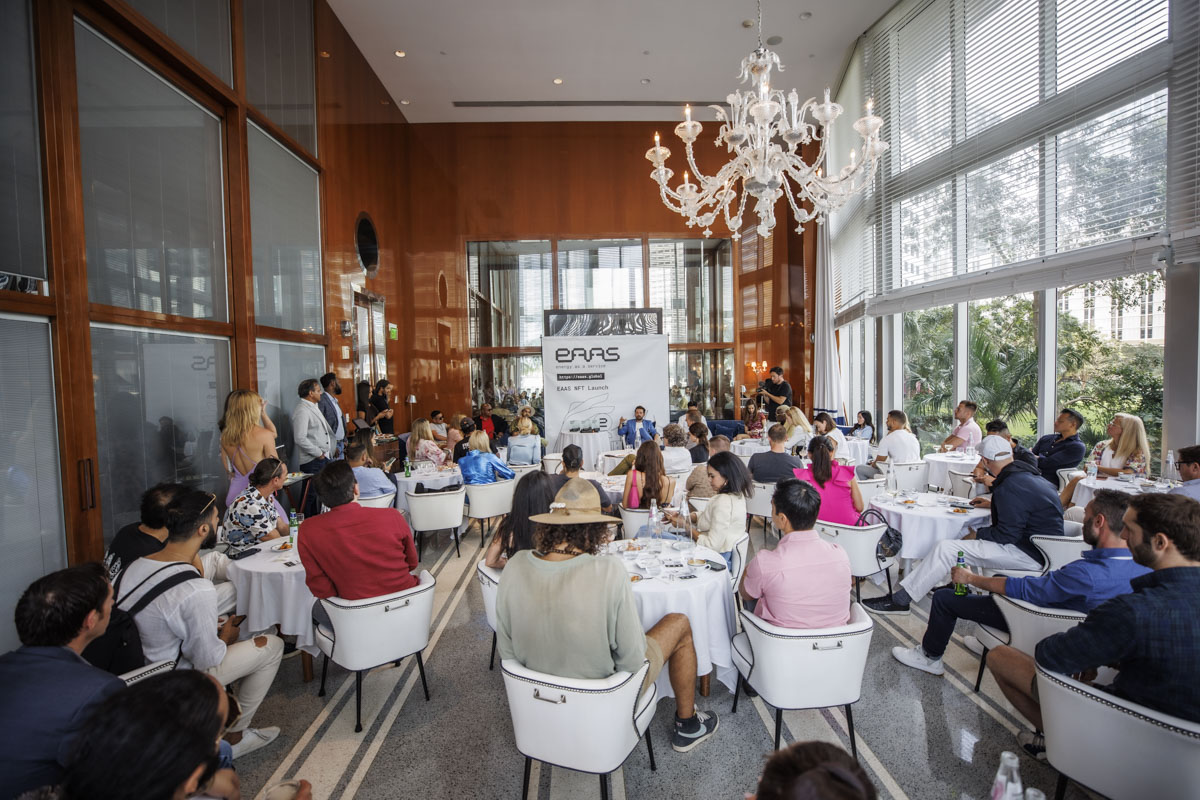 Web3 is an umbrella term for the evolution from centralized technology to decentralized technology, based on blockchains. It spells the end of expensive legacy service providers in lieu of open source, automated alternatives that are cheaper, faster, and more efficient. And it affects all industries, from finance to healthcare to media. 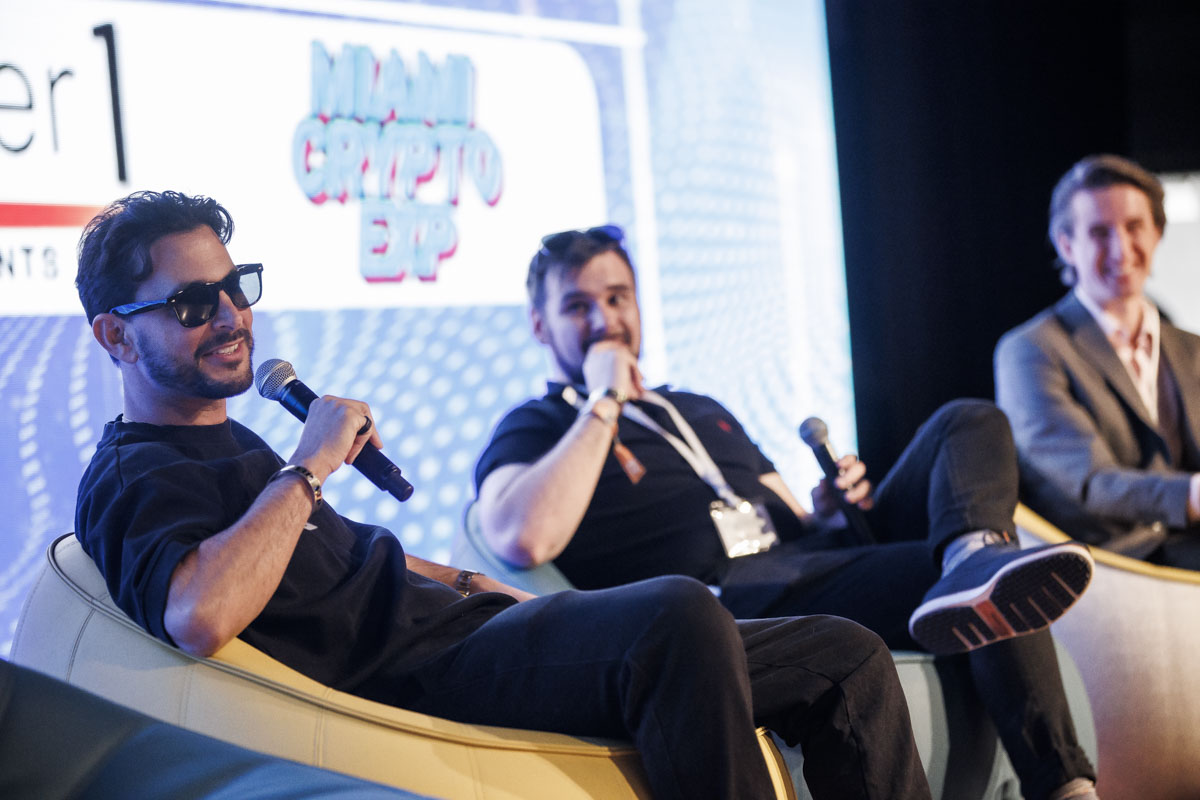 All of the processes done by Web2 service providers (Facebook, Google, AWS, UpWork, Uber, Airbnb) can effectively be put on a blockchain with a redistribution of rewards. With Web3, these companies do not have access to your information, which they have been known to sell for commercial purposes.

Web3 also denotes a more interconnected internet involving augmented reality, virtual reality, and cryptocurrencies, as well as autonomous machines and devices. With this in mind, the hype around Web3 is understandable. It is going to affect everybody, in all locations. Web3 really describes a faster and more interconnected internet, but an internet that is also more secure, private, and equitable.

Miami is fast becoming known as the crypto capital of the world and the future of Web3. There are many cities that make a similar claim. There are also many nations states who claim to be “crypto hubs”, safe havens where cryptocurrencies predominate. But closer inspection reveals that this is simply a veneer or a crypto hub in potential. Miami might be a little different.

The world’s largest crypto conference, Bitcoin 2022, was held in Miami this year. Some of the biggest names in Web3 were in attendance, including Jordan Peterson, Serena Williams, Cathie Wood, Jack Mallers, Peter Thiel, Fred Thiel, Kevin O’Leary, Mike Novogratz, and David Bailey, among many more. There is significant support for cryptocurrencies and how they could revolutionize the way we live our lives. And a lot of this support comes from hubs like Miami.

Ideally, of course, we would have more hubs that all support democratic technology. After all, blockchain is based on the principles of decentralization, and major hubs can often be subjugated to external pressure. But until then, it definitely helps to have commercial, public, and even political support. 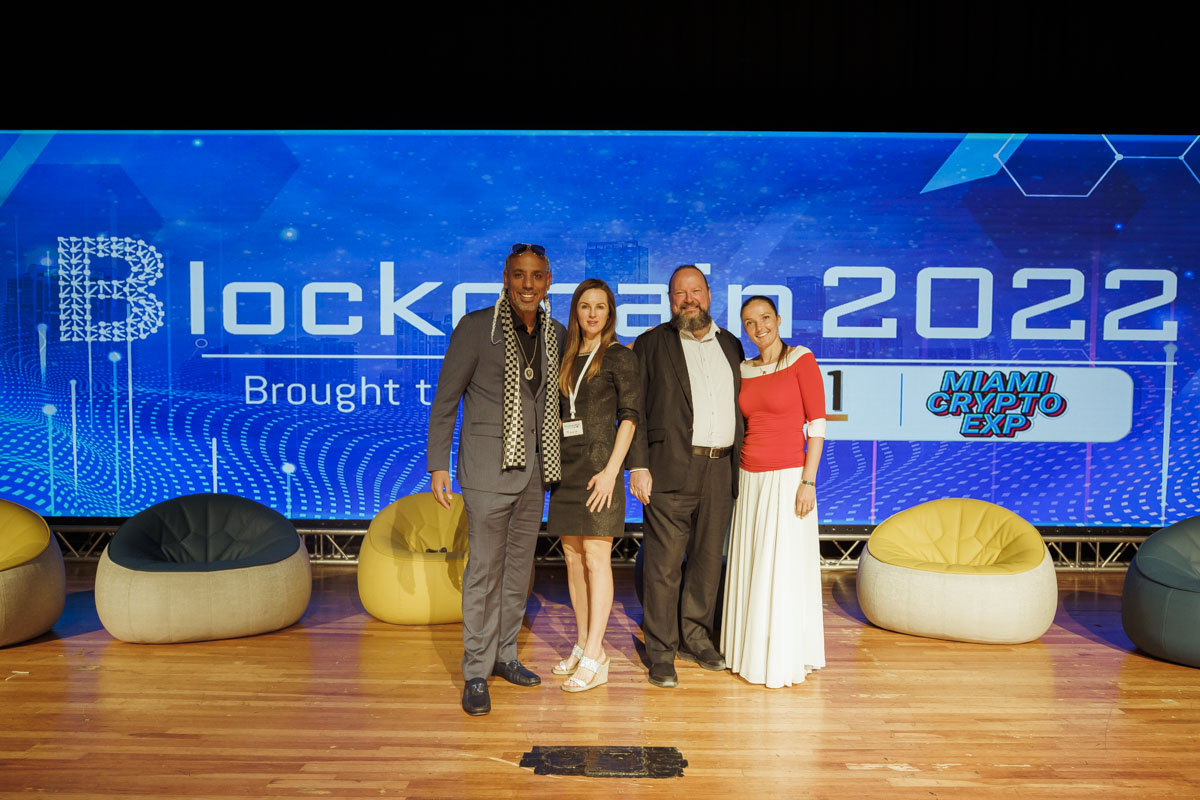 Which is another point that bolsters Miami’s position as a strong crypto hub. In 2021, Miami mayor Francis Suarez claimed that: “We have actually done three things…we are going to request a proposal in October to allow our employees to get paid in bitcoin, allow our residents to pay for fees in bitcoin, and even taxes in bitcoin if the county allows it.” The mayor has previously taken his wages in BTC.

According to Greg Gopman, Chief Marketing and Business Development Office at Ankr, Miami is the perfect place for Web3 startups and for business development in general, due to having a more open-minded commercial environment that encourages innovation and creativity instead of stifling it. Greg has extensive expertise in founding and scaling multiple companies. He is the founder of both Akash Network and Mewn, and also helped scale Kadena from $80 Million to $4 Billion. He now intends to take Ankr from $1 Billion to $10 Billion.

I sat down with Greg to understand the benefits of a crypto-focused culture and what made Miami stand out for him. Cryptocurrencies have survived amidst a hostile political, financial, and social background, and I wanted to find out what they could do if there was an infrastructure in place that truly fostered their expansion. Here are some excerpts of quite an informative discussion: 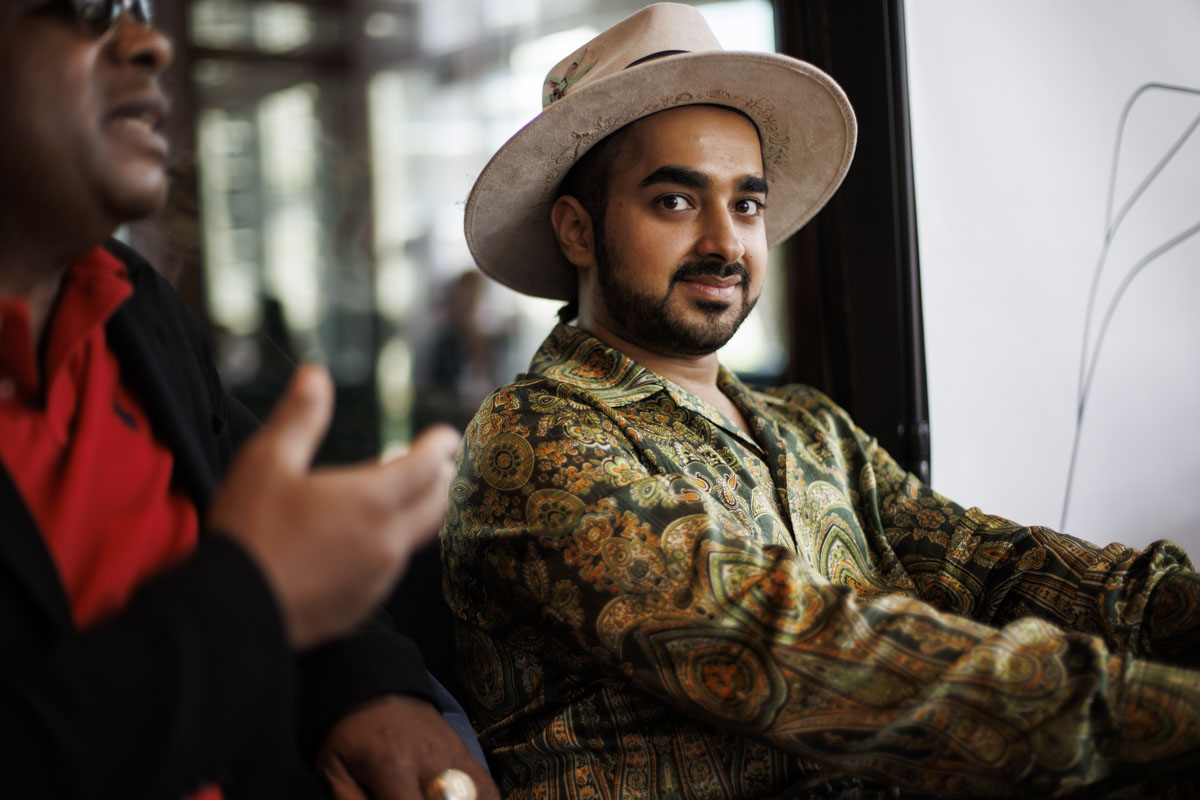 MP: How important is Miami for crypto – can it truly be called the crypto capital of the world?

GG: Well, there’s no need for it to stake a claim as the “best” or “ultimate” or the “crypto capital” of the world. It’s enough that it’s just genuinely supportive of the technology. The more cities we have in the USA that adopt similar policies, the better it will be for residents of that city. Because, at its core, support for Web3 and associated technologies is support for innovation, creativity, and increased financial freedom.

However, Miami is important for crypto and is setting a great bar for other hubs to meet. It’s a beautiful area, it’s an easy city to work in, and the mayor is extremely supportive of the technology. He is known to consistently host technology events and to be actively attracting key executives and businesses into the area.

MP: What’s the single most important thing that makes Miami great for crypto?

GG: I would say serious endorsement and movement for political figures, who are still the ones to get things pushed forward. This is probably the single most important factor. In Miami, the mayor is genuinely enthusiastic about the movement and is actively trying to foster commercial enterprise. This is what political members are supposed to aim towards, but is sadly not the case across most US cities. It’s frustrating trying to enhance people’s lives when this class seems to be working against you, instead of with you.

Suarez was also responsible for the unveiling of the Bitcoin Bull in Miami. This might seem superfluous to some, but to me, it represents significant symbolic support for cryptocurrency. It sends a clear message and it’s something that people can rally around. It’s very important to rally around true causes instead of remaining politically fragmented.

MP: What has Miami done to facilitate the cause of cryptocurrency?

GG: Quite a lot. It was the first US city to launch its own cryptocurrency and is known to host the annual Bitcoin conference, which is growing every year. Taxes and local charges can be paid in BTC. There are multiple grants and initiatives in place to assist people to learn about cryptocurrency and to help grow Web3 startups.

The city is home to many of the biggest names in Web3, and this includes side industries like public relations, accounting, software support, and everything else needed to facilitate a modern enterprise. It’s a great place for US-based Web3 companies to set up shop. Miami is doing all that it can, which is more than can be said for many other cities.

MP: Why did you choose Miami – what parts do you like most?

GG: Miami was quite an easy decision. You always want to be in a city that is on the way up, and many cities in California where I resided recently are clearly on the way down. Taxes are up, safety is down, and people and businesses are both leaving in droves. Miami is simply a friendlier city to be in and most hospitable to live and to create a business in. It’s unfortunate that other cities make it so hard to thrive. 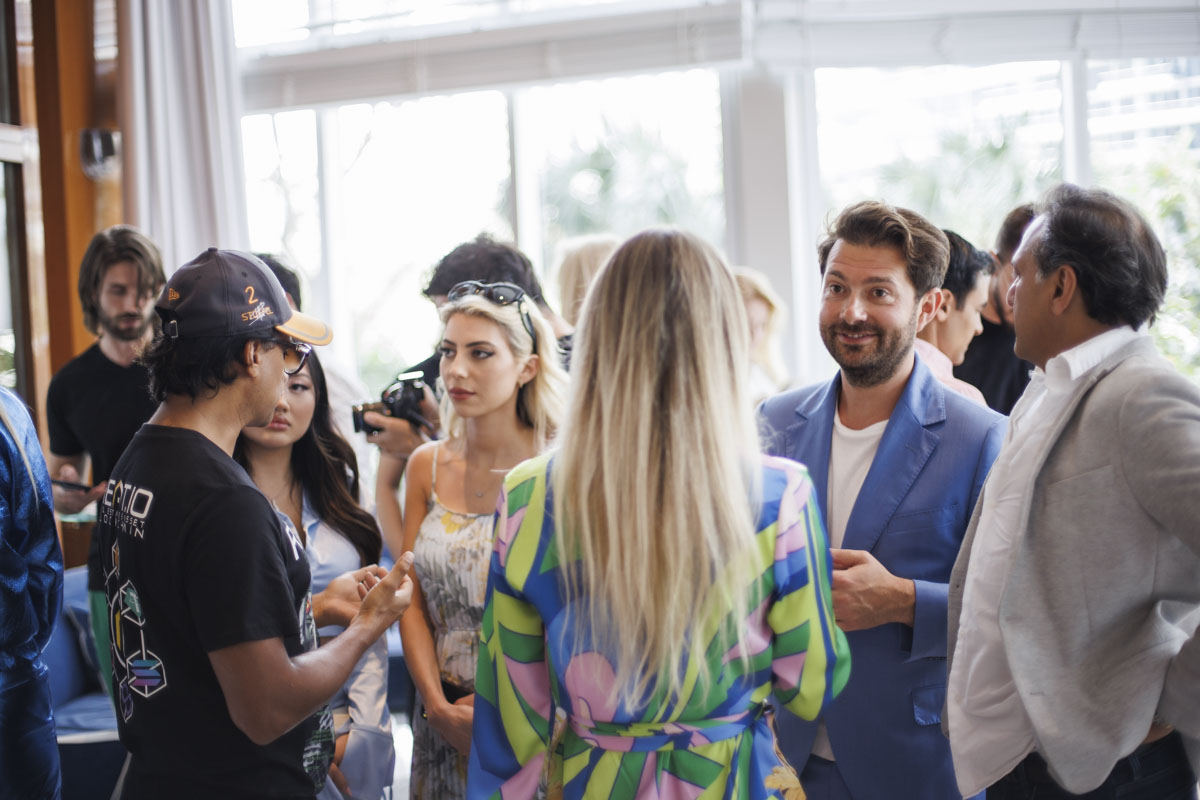 Answering which area of Miami is a little more difficult. There are so many places and so many cool people living in this city. I think my two favorite areas are South of 5th Miami Beach and North Edgewater. Southern Brickell is also pretty neat.

MP: Do you think crypto will replace fiat currency?

GG: I’m not entirely sure that’s the best way to think about it. It’s not really here to replace fiat money, but represents a completely new paradigm. Cryptocurrency is a new economy for a new generation. There are younger individuals who are currently becoming familiar with NFTs and tokens as a norm. The old mechanisms for wealth generation are largely rendered obsolete. Pretty much anything you can do with fiat currency can be done on a blockchain – except way more efficiently.

MP: How is Ankr working to bring about new paradigms in Web3?

GG: Ankr is best understood as a company that powers blockchains. We provide the infrastructure and the protocols so that blockchains can thrive. So we actually help all of these Web3 companies change the world, as the underlying engine that people often don’t see. For instance, we are the main infrastructure provider for Binance, Polygon, and Fantom. We are the largest RPC node provider, allowing developers access to over 14 blockchains for development. We offer access to 50 proof-of-stake chains and are processing 6 Billion transactions daily. As the fastest growing infrastructure company in Web3, we’re involved in multiple areas.

Ankr has a large number of use cases, but the most simple description is that we assist blockchains to thrive and give them the tools to do so. If blockchains are the cars, we are the roads. The beauty is that we grow as they do, so it’s a truly organic and symbiotic relationship, which emphasizes the decentralized yet interconnected nature of distributed ledger technology. 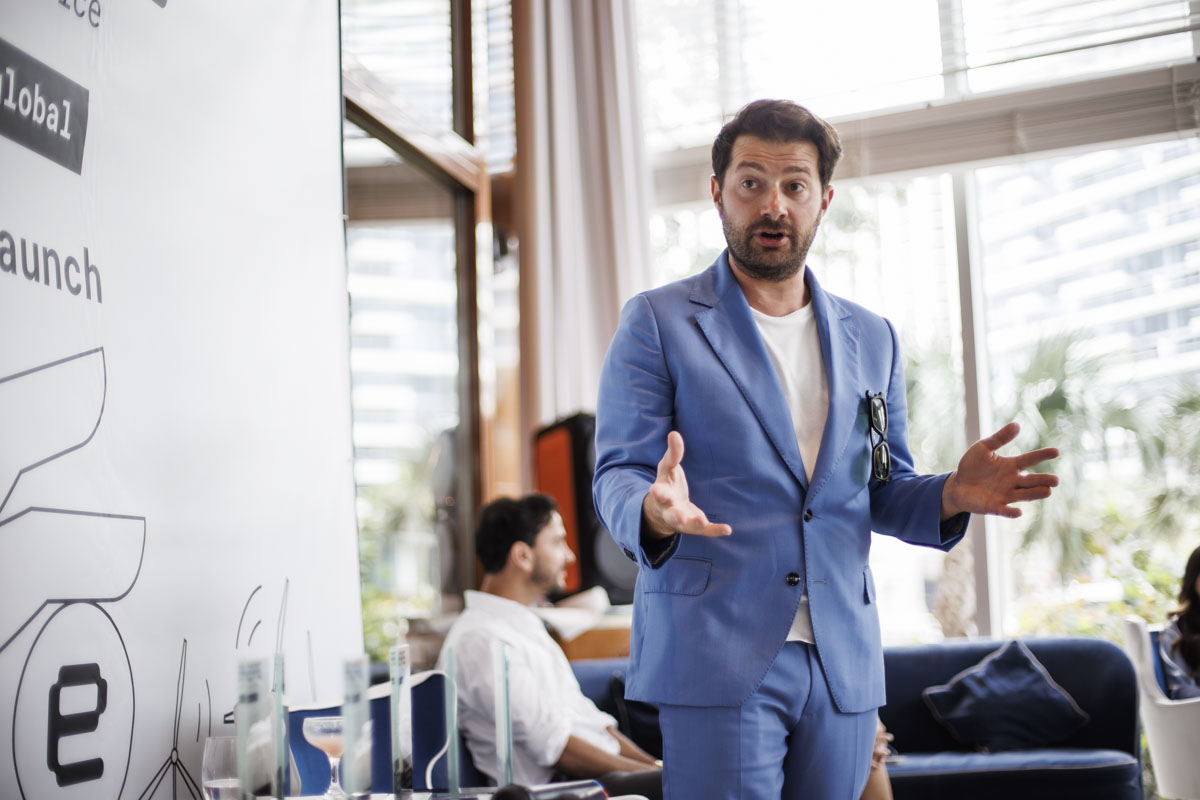 While it is hard to ascertain whether or not many of the claims from Greg Gopman will come true, some things are clear. There is definite momentum surrounding the crypto movement and the people behind it believe in what they do.