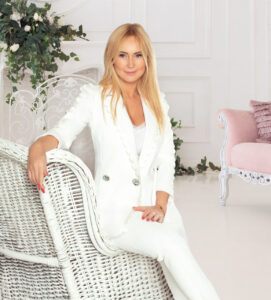 With a career that began with a nursing position in hospitals, the compassionate Beata Drzazga is a living legend in the medical field. Working day and night to succeed in the industry, she took a depth of knowledge from working in the trenches to overseeing a way that revolutionized the field for both patients and medical professionals alike.

As the founder and owner of BetaMed S.A., Drzazga masterminds one the largest and most profitable medical corporations in Poland. Providing care and health services to patients was a calling for the businesswoman that overtime developed into a multi-million-dollar company.

Drzazga’s early years as a nurse led her on a much different path than her co-workers. Early days were spent with bedside visits and frequent moments of saving lives. It all created everlasting memories and ideas of what she thought was both bad and good in the field. She was more than a worker just going from patient to patient to make sure they were in stable condition. Rather she became a sympathetic caregiver who looked deeply into each person’s eyes and saw that the business of medicine had to be done simply with more personal passion. It had to have a more human touch.

“From the beginning, I have been striving for high quality in services,” she reflects. “Even today, I have contact with the first patient and still employ my first employees.”

Using her skill sets as a nurse and transforming them into a learning platform helped create a road to success. She wanted to take over the business of taking care of people and she set the bar high to accomplish her goals.

“When I founded BetaMed, I imagined that I would create a one-stop company. In the course of time, people from different provinces started to come to us, and I had a great need to help these people. That is how BetaMed started to develop throughout the country and today I have 91 branches in 11 provinces in Poland. We employ over 3,200 employees and we take care of over 6,000 patients.” 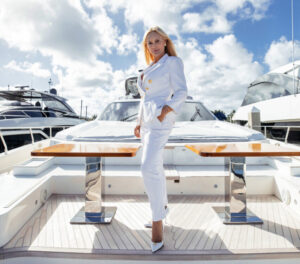 Now in 2022 her business is respected all throughout Poland for its groundbreaking methods. Her company alongside the subsidiary businesses of Drzazga Clinic, which specializes in aesthetic medicine and laser therapy, has a steady annual revenue as well as reputation for being ranked top in service in Europe. The success of her platform has established incredible success in Europe and now even stretches its scope to America with BetaMed International in Las Vegas.

Drzazga’s business empire is even so powerful her company captured the Business of The Year Award in the 12th edition of the Businesswoman of the Year competition in Poland. Her leading entrepreneurial skills that put her on a medical field pedestal made her one of the wealthiest women in Poland and even took her so far as to branch out into other fields of business including fashion. To this day she also is just as famous for her noteworthy Dono da Scheggia fashion salons, which showcase the latest collections from all the world’s best fashion capitals such as Milan, London, Paris, and Vienna. All along the way she has always been dedicated to her staff that has helped make her a successful businesswoman.

“One should not forget about employees, because they largely create the company, without their competence and involvement it would not be possible to develop it,” she reflects. “From the beginning to the end, it is all about standard and not just the standard of the building, but also the standard in management and to never let go of quality. The patient always comes first, to be treated with respect and to receive the best care. Another point is the atmosphere between employees. We all treat each other like family.”

Drzazga’s position as a leader in the medical field does not stop there. The same kindness she has for patients has also led to her being a globally recognized philanthropist. One of her missions now is humanitarian efforts for the people of Ukraine.

Her company is busy with relief efforts and buying large amounts of goods to donate including food with long shelf lives and much-needed products such as toothpaste and bath gels, as well as medical supplies.

“The war in Ukraine will leave an aftermath in the form of a huge economic crisis. Not only will Poland suffer because of it, but also many countries around the world. The effects of this crisis will be felt by everyone – both companies and private people. The first signs of economic collapse are already visible.”

Drzazga’s leadership skills have made her a powerful role model. This business entrepreneur sees no stopping of her passion, and nothing can get in the way of company success. It is these reasons and more that she will only continue to grow upwardly into the future.