London, UK (1st June 2022): The London Concours, presented by Montres Breguet, has announced that this summer’s event will celebrate the UK’s glorious motoring past with the dedicated class ‘Great British History’. A fascinating collection of carefully hand-picked pre-war cars will be assembled on the immaculate lawns of the Honourable Artillery Company, in the heart of the City from the 28th to 30th of June – shedding light on the formative years of many of Britain’s great automotive marques, and the industry as a whole. 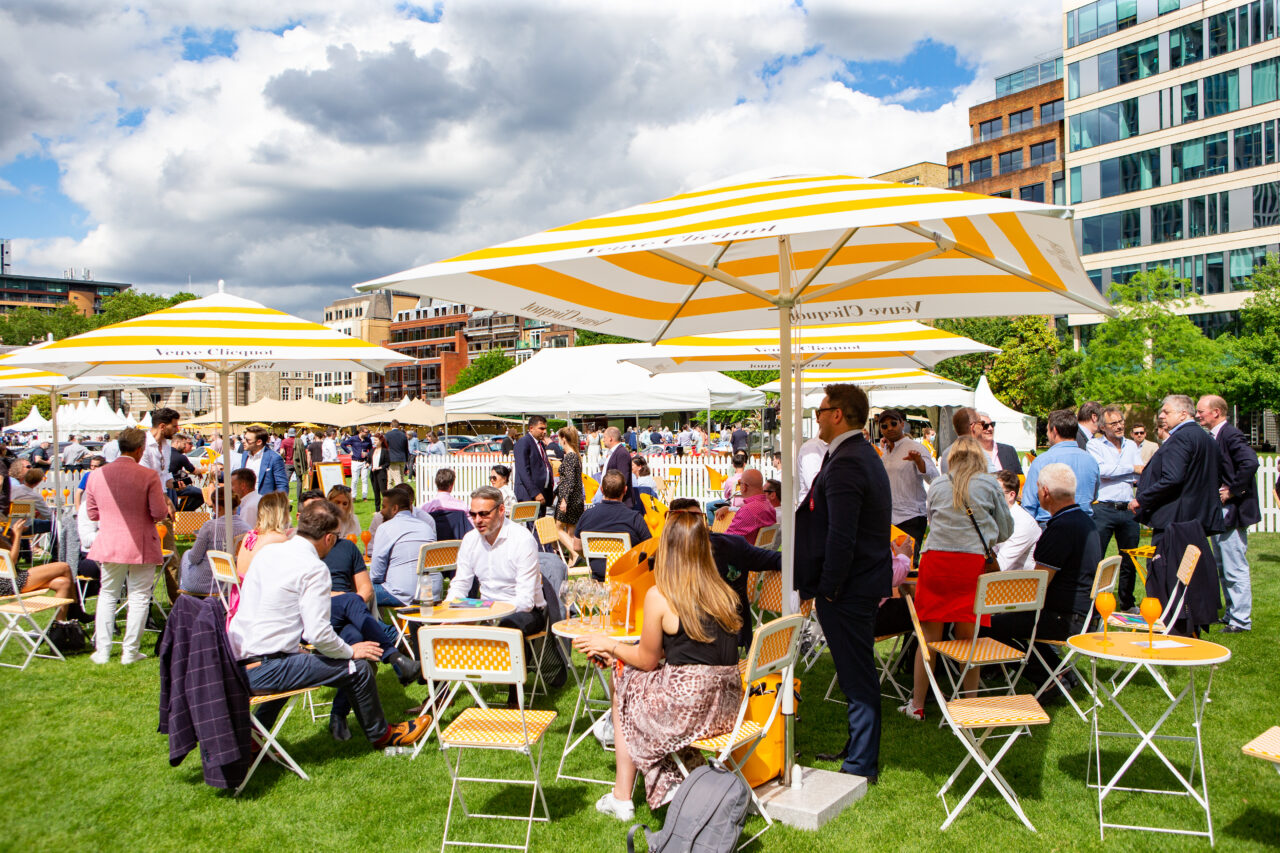 The fabulous selection of motor cars, taken from a golden age of motoring, will include perhaps the most famous Rolls-Royce of all, and one of – if not the – most famous pre-war car: the ‘Silver Ghost’. A real totem of British engineering excellence, the Ghost entered production in 1906, with a wide range of body styles cloaking the supremely refined mechanicals. From 1910 onwards, the Ghost was fitted with a silken 7.4-litre straight-six, producing 50 hp – giving imperious performance compared to its contemporary rivals. The particular Ghost that will be on display at the HAC this June was built in 1914 with a rare Sports Torpedo Tourer body – designed to show off the Ghost’s sporting capabilities. It was supplied new to one of the Cecil family, of Burghley House in Stamford – among the finest country houses in the UK. In 1918 the Ghost was exported to the USA to be reunited with its owner, who had emigrated there during the First World War. It remained in North America for some years; it was re-bodied in the mid 1920s as an ‘Oxford Tourer’, and was more latterly purchased by Millard Newman, at the time the most prolific collector of Silver Ghosts in the United States. Chassis No. 30EB was repatriated in the early 2000s, when it was fitted with a tool room copy of the original Barker Sports Torpedo body. It has since travelled far and wide, across the continent and even to India. This June’s show will offer a rare chance to view this exquisite Rolls-Royce up close in an intimate central London setting.

The HAC will welcome another of Britain’s most iconic pre-war cars, one that sits alongside the Silver Ghost in the pantheon of this country’s automotive ‘greats’: the supercharged Bentley 4.5-litre ‘Blower’. The naturally aspirated 4.5-litre Bentleys had raced with great success, winning at Le Mans in 1928, however, after two years in production, more power was needed to keep ahead of the chasing pack. It was one of the ‘Bentley Boys’, Henry Birkin, who first explored the option of supercharging, and it wasn’t long before it was introduced more widely on production models – despite the initial objections of W.O. Bentley, who had felt that forced induction would sully their creations. 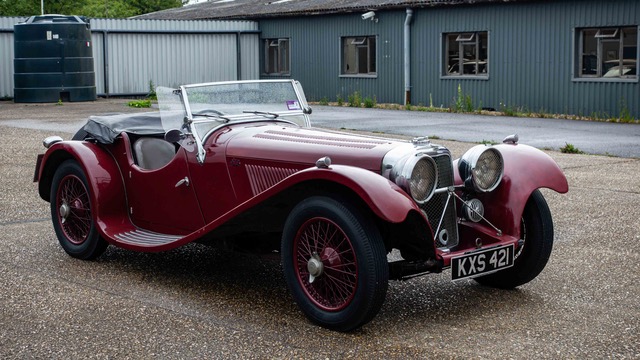 The production ‘Blower’ Bentley was first shown at the 1929 London Motor Show, with an Amhurst-Villiers Roots-Style supercharger bolted to the front of the crankshaft on the 4.5-litre inline-four. Despite W.O. Bentley’s scepticism, the results were undoubtedly impressive: running 9½ lbs of boost, power was increased from 110 bhp in the touring spec 4.5-litre naturally aspirated cars, to 175 bhp for the touring ‘Blower’ model; as much as 240 bhp was possible in race trim. The supercharged car was billed by Bentley in their promotional materials as appealing to the ‘super-sporting enthusiast’ who wanted to possess “that little bit extra”; even in ‘touring’ form, the blower – with drum-brakes all round – was capable of over 100 mph, placing the 1650kg machine firmly among the supercars of its day. The Blower Bentley was famously described by Ettore Bugatti as “the fastest lorry in the world”, irked as he was by the performance of the British brutes, which weighted in at nearly 1000kg more than his delicate, featherweight racers. In all, only 50 ‘blower’ Bentleys were produced, versus some 750 conventional, 4.5-litre cars. The example on display, chassis MS3936, initially sported Lancefield drophead coupe coachwork, but was later rebuilt with a shorter ‘Birkin Style’ racing body. All examples of these scare, iconic and highly significant cars remain sought-after by collectors, fetching millions at auction. A rare opportunity to examine a special motor car, firmly established in the British Automotive canon. 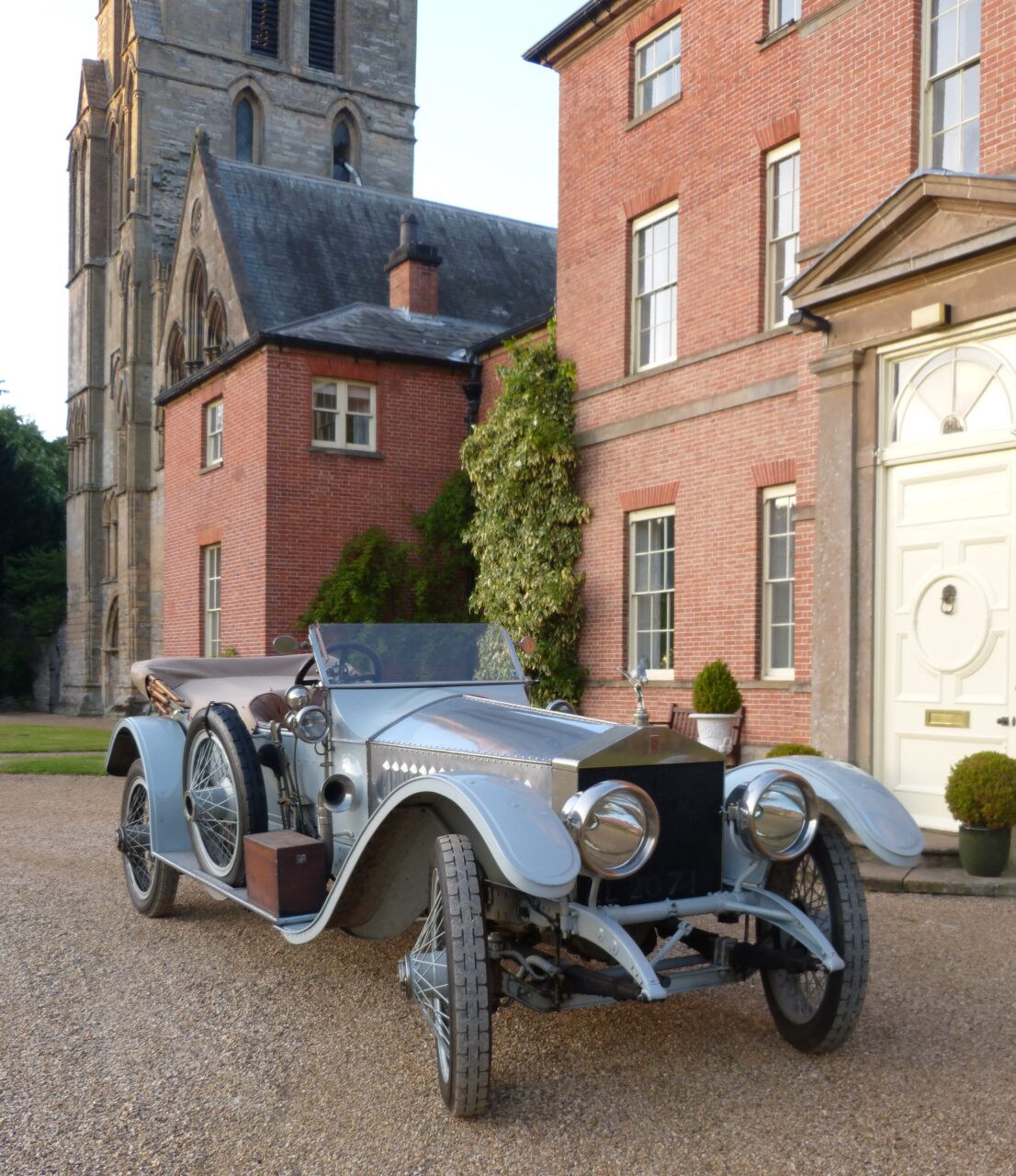 This June’s event will also feature a contemporary of the Bentley; the Talbot 105, produced by the Anglo-French conglomerate Sunbeam-Talbot-Darracq. Introduced in 1933 by Talbot – the most successful partner in the trio – the 105 was designed by gifted Swiss-born engineer Charles Roesch. Something of a perfectionist, Roesch, it is said, never purchased a vacuum cleaner as he deemed all those on sale to be substandard. His perfectionism was on show with the exhaustively engineered 105, which sported a smooth, flexible, naturally-aspirated straight-six motor that was highly sophisticated for its time – with lightweight internals, staggered valves, a Roesch stratagem and a high compression ratio. The free-revving unit produced 132 bhp in its most performance-orientated state of tune, a very high specific output for the early 1930s. The 105 was regarded as one of the most desirable and indeed best performing motor cars of its day, deemed the fastest four-seater ever to race at the historic Brooklands circuit. Available in a range of body styles, the 105 competed with considerable success at Le Mans, where it finished 3rd and 4th in 1930, and in the Coupe des Alpes, which it won in 1932. 330 examples were built before production ceased in 1935. The 105 represented something of a swansong for the Talbot marque, which was closed down, after Sunbeam-Talbot-Darracq was acquired by Rootes Group in 1937. 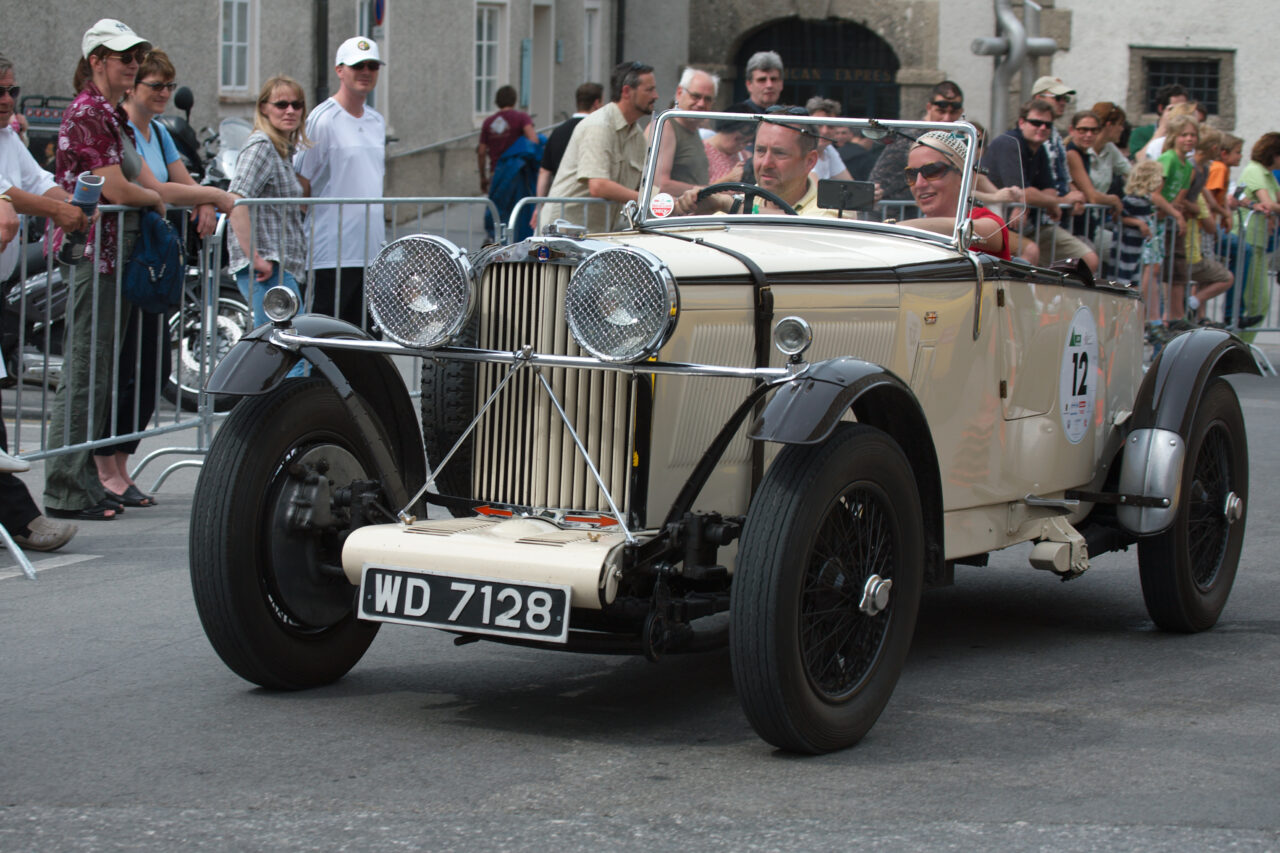 The London Concours will also host an example from a marque that was just in its infancy at this point, the SS ‘Jaguar’ 100 – the first car to bear the Jaguar name and the famous leaping cat insignia. The 100 was introduced by SS Cars in 1936 – some 9 years before it would officially become Jaguar Cars Limited. The 100, so called because of its 100 mph claimed top speed, was viewed as one of the prettiest sports cars of the 1930s, and packed sprightly performance with its range of straight-six overhead valve engines. For the first two years of production the SS 100 sported a 2.5-litre motor with 100 bhp, with an enlarged 3.5-litre 125 bhp variant arriving in 1938. Weighing 1150kg, acceleration was decidedly brisk for the period: the more powerful version dispatched the 0-60 mph sprint in just 10.4 seconds. The SS 100 was produced in very small numbers – 189 of the 2.5-litre cars and 116 of the larger engine models. These alluring sports cars can be considered to represent the birth of Jaguar as a brand. On account of their significance and scarcity, they are predictably, revered by collectors, commanding meaningful six-figure sums whenever they come up for sale. A genuine piece of British motoring history that is not to be missed.

This June’s event will feature another proto-Jaguar, the SS1 ‘Airline’ a predecessor of the SS 100. The SS1 ‘Airline’ variant made its debut in 1934, towards the end of the SS1’s life, and remained in production until 1936. With its streamlined, art deco body, it was pitched directly at the upwardly mobile, younger generation, offering the design elegance that one might have expected from a bespoke coach-built model, but at a far more reasonable price point; the Airline retailed at £360 – equivalent of circa £18,000 in today’s money. Despite its dramatic, swooping lines, the Airline was also practical, with a large boot and ample room for passengers, both front and rear. Two engines were offered, officially rated at 16 hp and 20 hp, the latter available for an additional £5. When put through its paces at Brooklands by The Motor, it was found to be capable of a genuine 80 mph. Just 624 Airlines variants were built, out of a total SS1 production run of 4254 cars. A significant motor car that set a blueprint for the many elegantly styled Jaguars that were to follow.

An example from another of Britain’s most storied marques will also be on show in the City this June – a Lagonda LG45 Rapide; a very special car of the 30s. The LG45 Rapide was announced to the world in 1936, at which point it quickly established itself as one of the world’s fastest production cars, capable of over 100 mph. The Rapide was developed with the help of a certain W.O. Bentley, who had recently been persuaded to join the team at Lagonda following the purchase of Bentley by Rolls-Royce. The Rapide shared much mechanically with the Lagondas that had raced with success at Le Mans – a 4.5-litre car had won at the Circuit de la Sarthe in June of 1935 – but was optimised for the road, its mechanicals cloaked in a flowing body of the utmost elegance, penned by Frank Feeley. The six-cylinder engine – again Fettled by W.O. Bentley for better performance and reliability – drove through a four-speed manual transmission, notably featuring synchromesh on 2nd, 3rd and 4th gears, making for a very refined driving experience. Exceptionally rare, just 25 of these stunning motor cars were produced. Considered to be the very finest of the pre-war Lagondas, this June’s event will present a special opportunity to pore over this emblem of 1930s British engineering excellence.

These significant British motor cars, and many more, will be on display at the Honourable Artillery Company this summer, at the capital’s ultimate summer automotive garden party. Further exciting class announcements will follow in the coming weeks, as we build up to the 6th edition of our unmissable event.

Andrew Evans, London Concours Director, said: “We are delighted to bring together this special array of historic – genuinely great – British cars for this summer’s show, which is now under a month away. The assembled selection will typify the qualities that underpinned this country’s automotive industry in the pre-war period: engineering ingenuity, resourcefulness, and genuine design flair. The selection will sit proudly alongside the event’s range of rare and exotic machinery from the decades that followed.

“Guests to the Honourable Artillery Company will once again be treated to an unprecedented array of motor cars, along with a decadent range of food and drink options, and a carefully curated line-up of luxury brands and boutiques. London Concours 2022 is set to be an occasion of total automotive indulgence.”

An Untouched Icon, the “Time Capsule” Countach is Coming to Auction