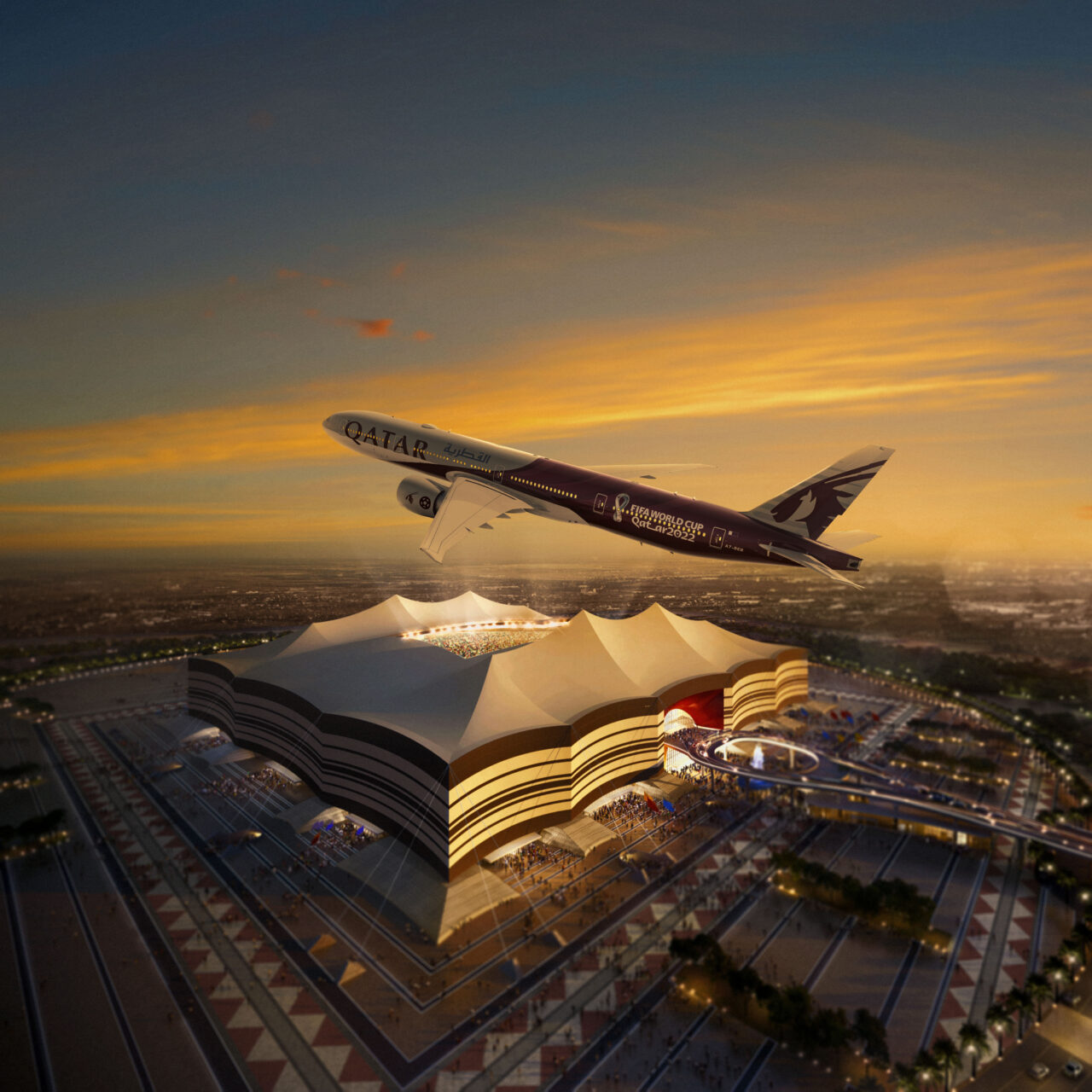 DOHA, Qatar – July 20th, 2022:  With just under 130 days to go until the FIFA World Cup Qatar 2022™, Qatar Airways, the Official Airline of FIFA is releasing a limited number of travel packages to allow soccer’s most passionate fans to follow their team of choice throughout the course of the tournament.

With prices beginning at $5,667 per person, U.S. fans can secure their match tickets, return flights, and accommodation all as part of the package through a single dedicated platform by heading to qatarairways.com/FIFA2022.

If they are not yet members, fans need to ensure they join the Qatar Airways Privilege Club by visiting qatarairways.com/PrivilegeClub in advance, after which they will then be able to select their preferred options, which come with booking flexibility and seat reservations for their preferred matches.

Qatar Airways Group Chief Executive, His Excellency Mr. Akbar Al Baker, said: “With Qatar Airways being the Official Airline of FIFA World Cup Qatar 2022™, it is indeed a special privilege for us to bring the world’s most prestigious sporting event to the Middle East for the first time. The sport has a huge following in North America and we anticipate unprecedented demand throughout the tournament. As part of our agreement with FIFA, fans from the U.S. and the world can rely on us to enjoy a once-in-a lifetime journey. The fan travel packages will guarantee passengers a remarkable bucket-list trip with a seamless travel experience.”

The tournament will be held across eight world-class stadiums designed to invoke the symbols of Arabian culture. The Al Bayt Stadium will host the Opening Match with a capacity of 60,000 seats, while Lusail Stadium is set to host the Final match of the tournament, with a capacity of 80,000 seats. The remaining stadiums, which include Ahmad Bin Ali Stadium, Al Janoub Stadium, Khalifa International Stadium, Education City Stadium, Stadium 974 and Al Thumama Stadium, will house 40,000 spectators.

A surge in demand for tickets to witness games featuring the United States, Brazil, Germany and Spain has risen, making the Qatar Airways portal a perfect one-stop-shop for fans to avoid lining up for passes and secure their entire itinerary from start to finish. A dedicated customer service team provided by our partner Overseas Network will be available specifically for fans purchasing packages from the U.S to attend to any dynamic needs or inquiries.

Qatar Airways’ 12 U.S. gateways and global network of over 150 destinations further cement its position as the leading international carrier providing global connectivity to and from the U.S. with over 100 weekly flights via the World’s Best Airport 2022, Hamad International. At present, the airline has enhanced connectivity to Atlanta, Boston, Chicago, Dallas-Fort Worth, Los Angeles, Houston, Miami, New York, Philadelphia, San Francisco, Seattle and Washington, D.C.

As part of Qatar Airways’ goal to bring communities together through sport, the World’s Best Airline has an extensive global sports partnership portfolio that includes soccer-governing bodies such as FIFA, CONCACAF and CONMEBOL. The airline also sponsors some of the world’s biggest soccer clubs including Al Sadd SC, FC Bayern München and Paris Saint-Germain.