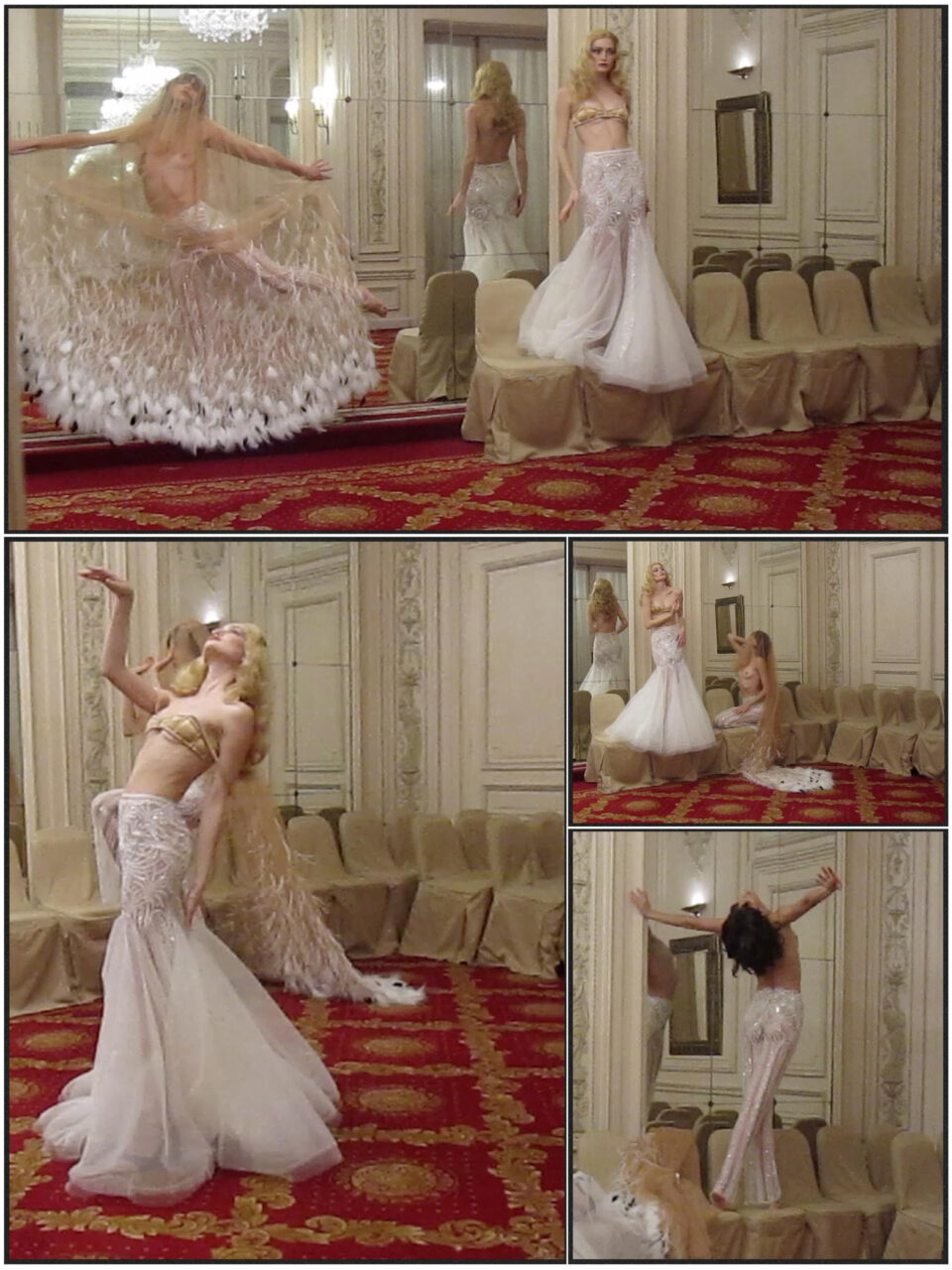 The new FROLOV collection was conceived long before the war, and according to Ivan Frolov, «to be honest it’s completely different from what it was supposed to be.»

Over several months the HOT COUTURE collection gained a dozen new meanings, transformations, and got inspired by various, sometimes conflicting phenomena. The symbolism of  Ukrainian nuptial rituals, the eroticism of primitivist artists of the 20th century, the decorative orientalism of the 19th century; Ukrainian artists belonging to the first wave of emigration to Paris in the 20th century; the veiled sexuality of the Italian Telefoni Bianchi (‚white phones‘) films of the 1930s. All these themes quickly changed and became irrelevant after mere days. 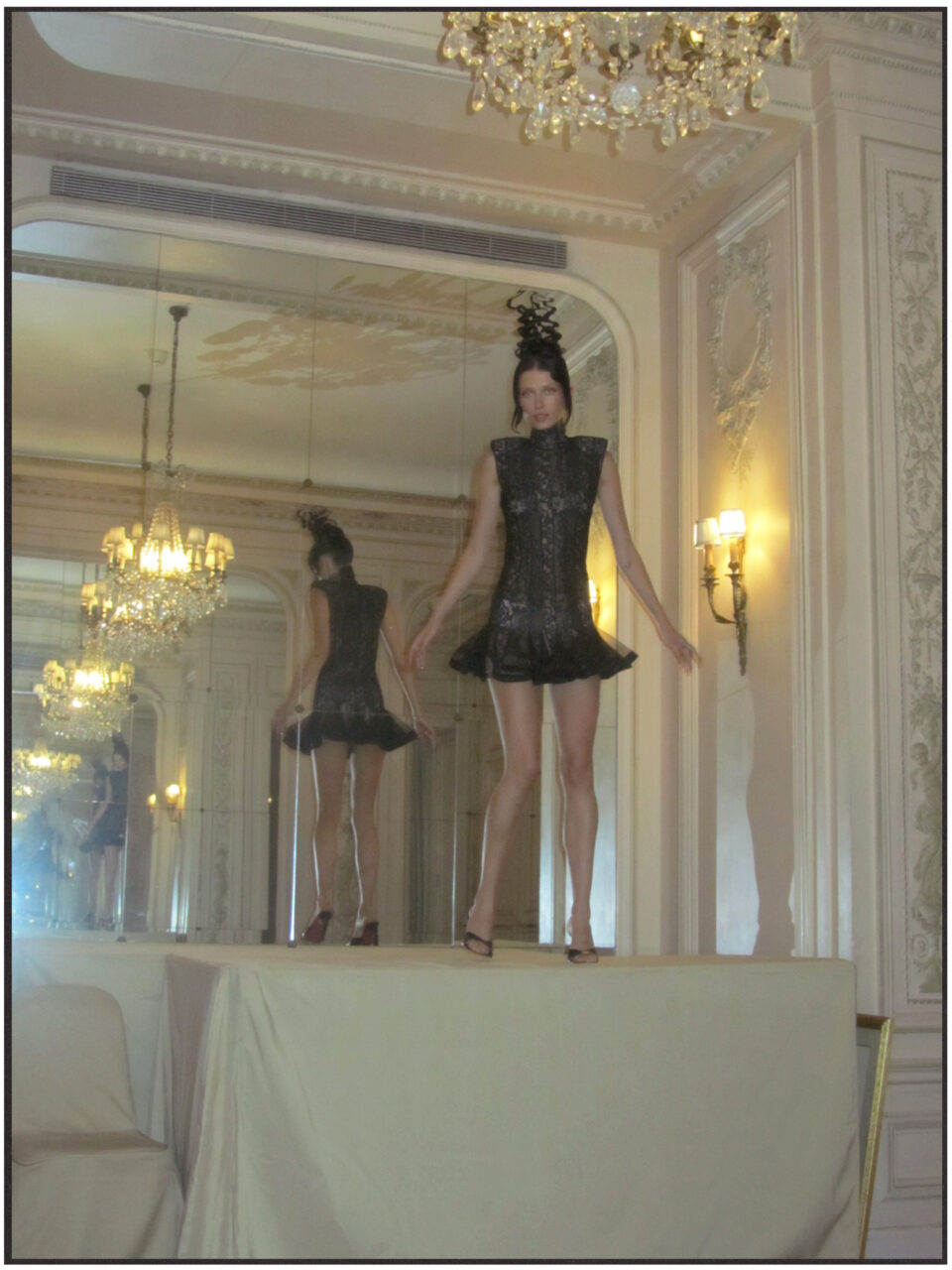 «I know that this is one of the most important collections I’ve created in recent years. Probably because of the large spectrum of emotions that are put into it,» says Ivan Frolov. These eclectic emotions are depicted in clothing: wedding dresses, neon colored feathers, dramatic laces, and broken hearts. 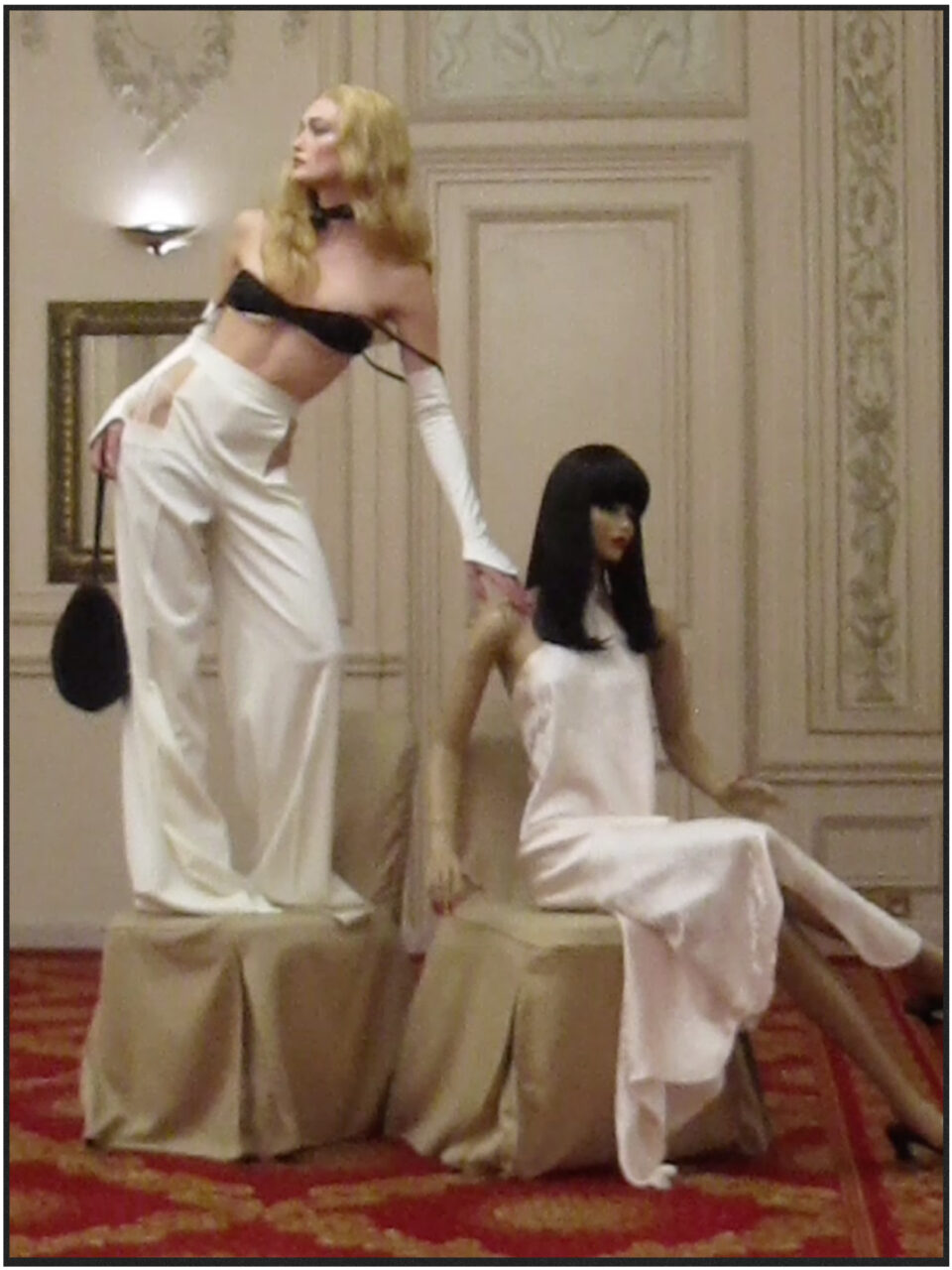 The process itself of creating this collection was eclectic. It’s characterized by traits of surrealist cinema and poetry. Those gave a definitive value to editing or the collage technique, combining unpredictable things, and the outcome would be completely different from the initial idea. 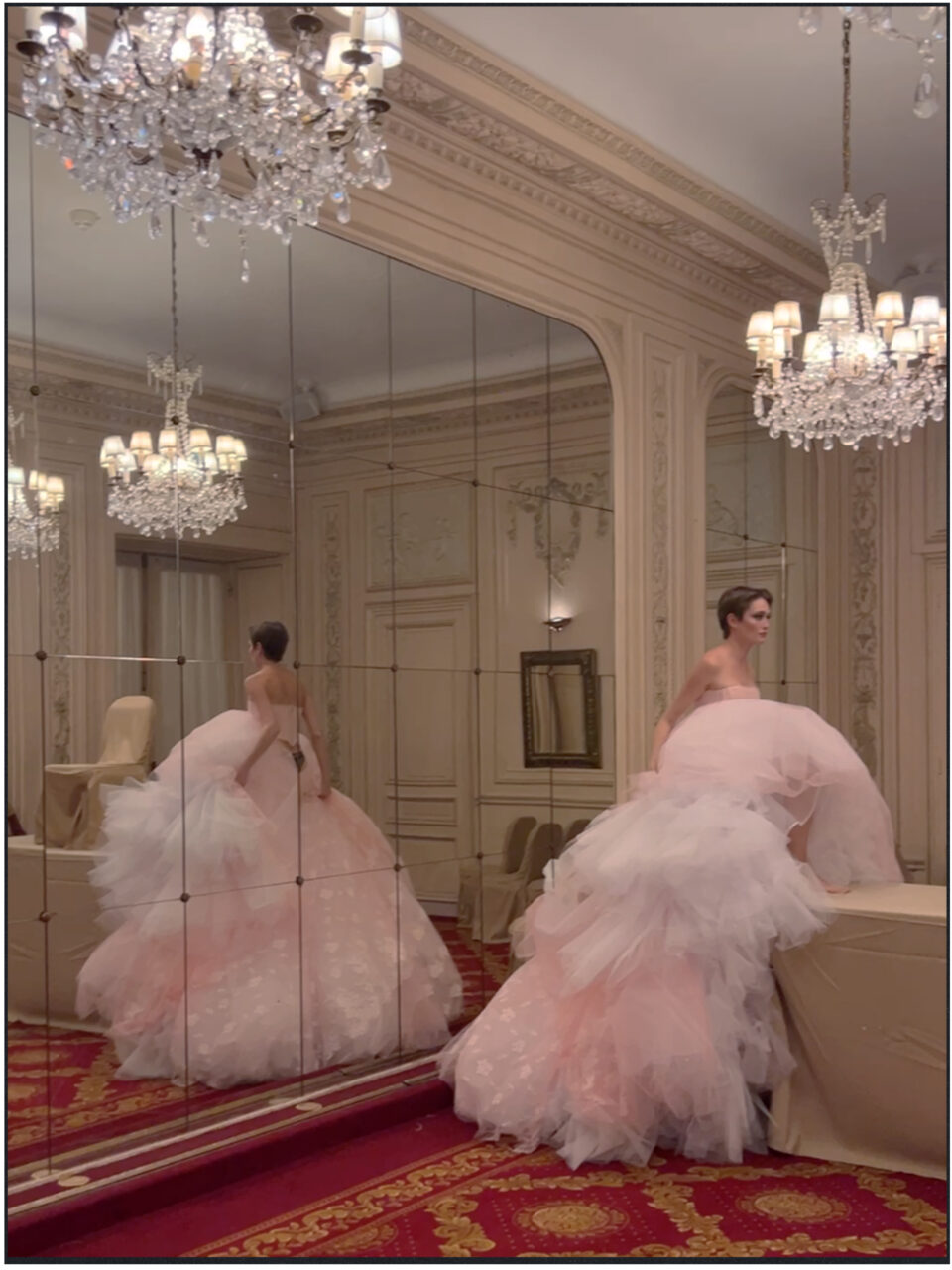 «In order to create these items, our craftspeople use a variety of couture techniques, technologies, materials, which identify FROLOV with haute couture. Officially we are not an haute couture brand, but since my very childhood I found this wordplay witty: where ‚haute‘ is heard as ‚hot’. In our case, it’s not a mistake, but rather irony which most clearly describes the invariable style of our brand – we continue exploring sexuality and creating hot, free-spirited, yet refined looks. From now on, we will be releasing our HOT COUTURE collections biannually during a couture fashion week, as well as two ready-to-wear collections,» Frolov adds.

The campaign for this collection was filmed by photographer, creative director, and makeup artist Sasha Gymn. She lived in Kyiv for many years and is known for her surrealist style and exploration of Ukrainian and Eastern European cultures in her works. 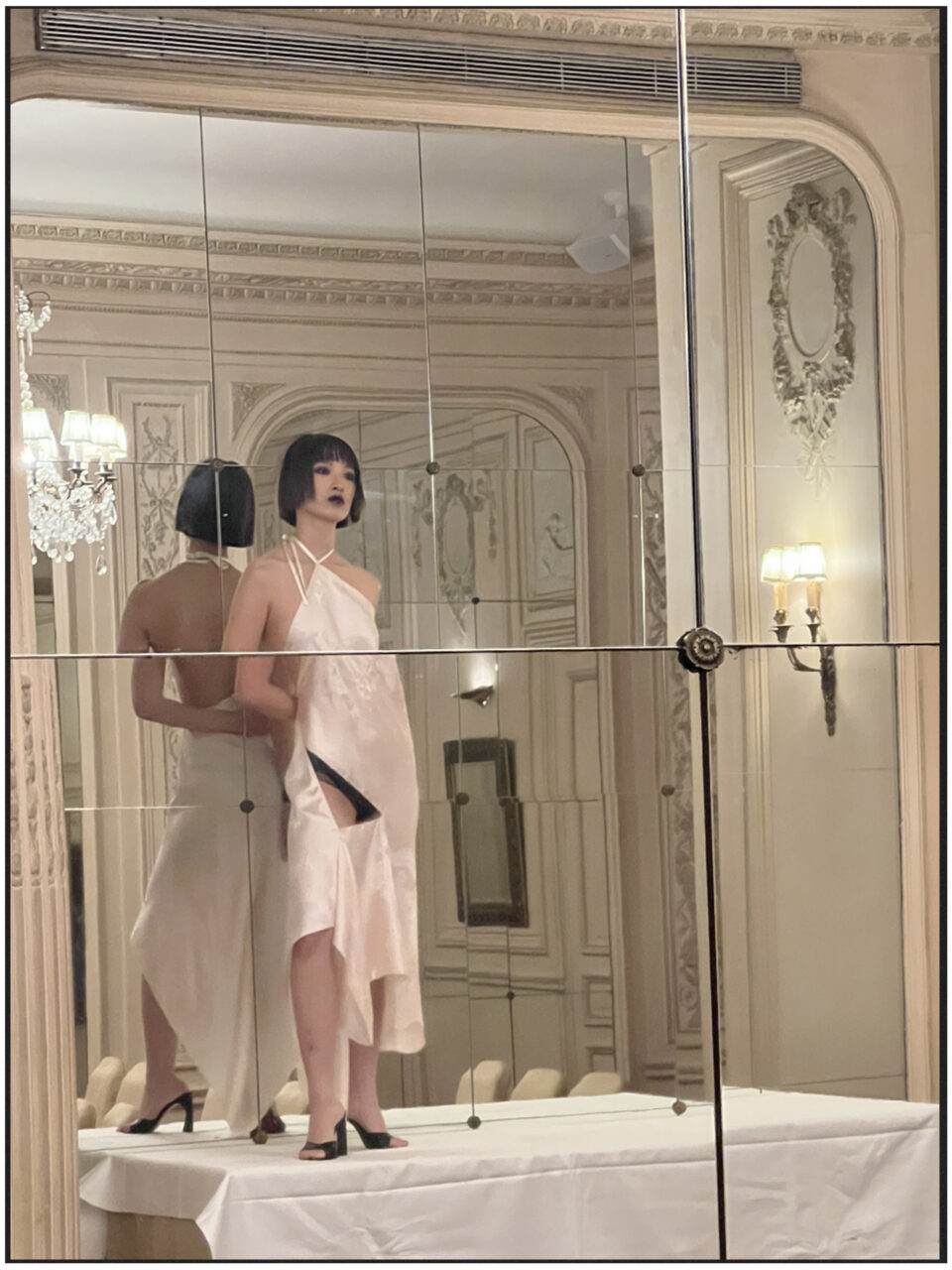 According to Sasha, FROLOV is a brand of elegance, but with a very strong character that also embodies an important Ukrainian female trait – mysticism/mysteriousness and ambiguity, which Sasha conveyed in the shoot.

Sasha’s principal idea was filming models around a mannequin which is difficult to tell apart from a real person. In a place which could look like it’s Ukrainian interiors of the 1990s. 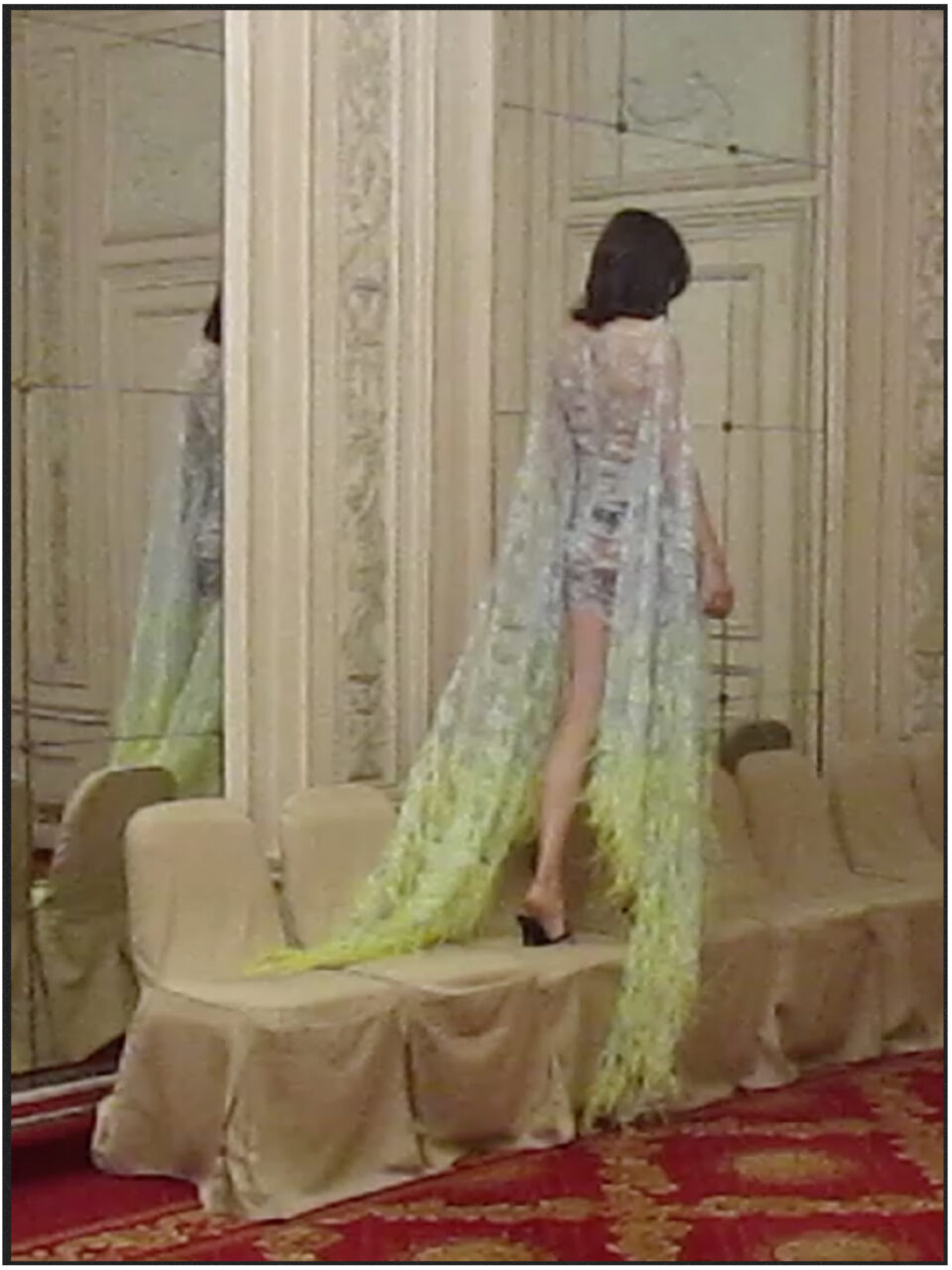 «The creation of each character was pure pleasure, from makeup to hairstyle, models transformed completely. Each girl is a special character locked in this room, she could be a mannequin or a real woman, but she’s also moving, even running, and lonely, but she also needs attention, observes her surroundings, is bored, walks, plays. It’s almost wandering around a room, where each character carries ambiguity. And the music by Lee Wei Swee makes the video even more mysterious. Of course, the story has tension, I’ll let you guess where it comes from. With FROLOV we tried recreating this strong Ukrainian woman, proud, enigmatic, and free,» Sasha Gymn.