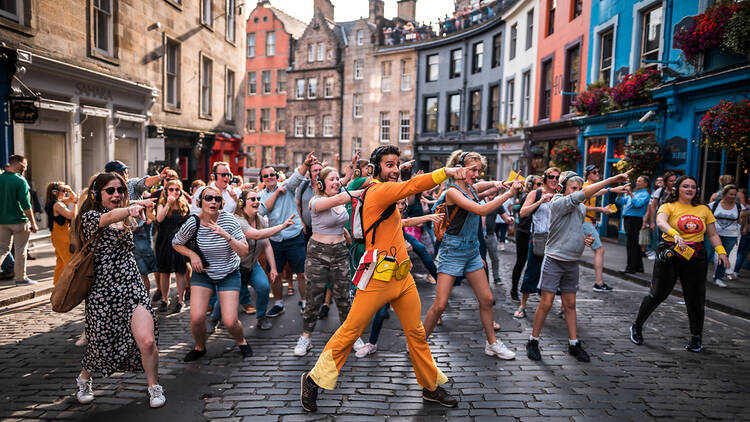 The Edinburgh Festival Fringe is the single greatest celebration of arts and culture on the planet. For three weeks in August, the city of Edinburgh welcomes an explosion of creative energy from around the globe. Its story dates back to 1947 when eight theatre groups turned up uninvited to perform at the Edinburgh International Festival.

Year on year more and more performers followed their example and in 1958 the Festival Fringe Society was created in response to the success of this growing trend.

Where does it take place?

Summerhall presents engaging, challenging, and exhilarating theatre, music, dance, and visual arts for people of all ages in the atmospheric buildings of Edinburgh’s former Royal (Dick) Veterinary College. There’s delicious food and drink in our own Royal Dick bar and Summerhall Café, plus al fresco bars and street food in the buzzing festival courtyard.

How much does it cost?

It varies significantly, but generally, tickets top out around £20 or a little more, with many considerably cheaper. Seating is also almost never reserved, so you can get the best seats in the house by queuing promptly. The Fringe has undeniably become a lot more expensive than it used to be, which has led to the rise of the Free Fringe, a largely comedy-based festival-within-a-festival where the shows are indeed free (though you’re encouraged to tip at the end).

Where can I buy tickets?

There is a centralized ticketing system and so you can buy everything via the official Edinburgh Festival Fringe website.