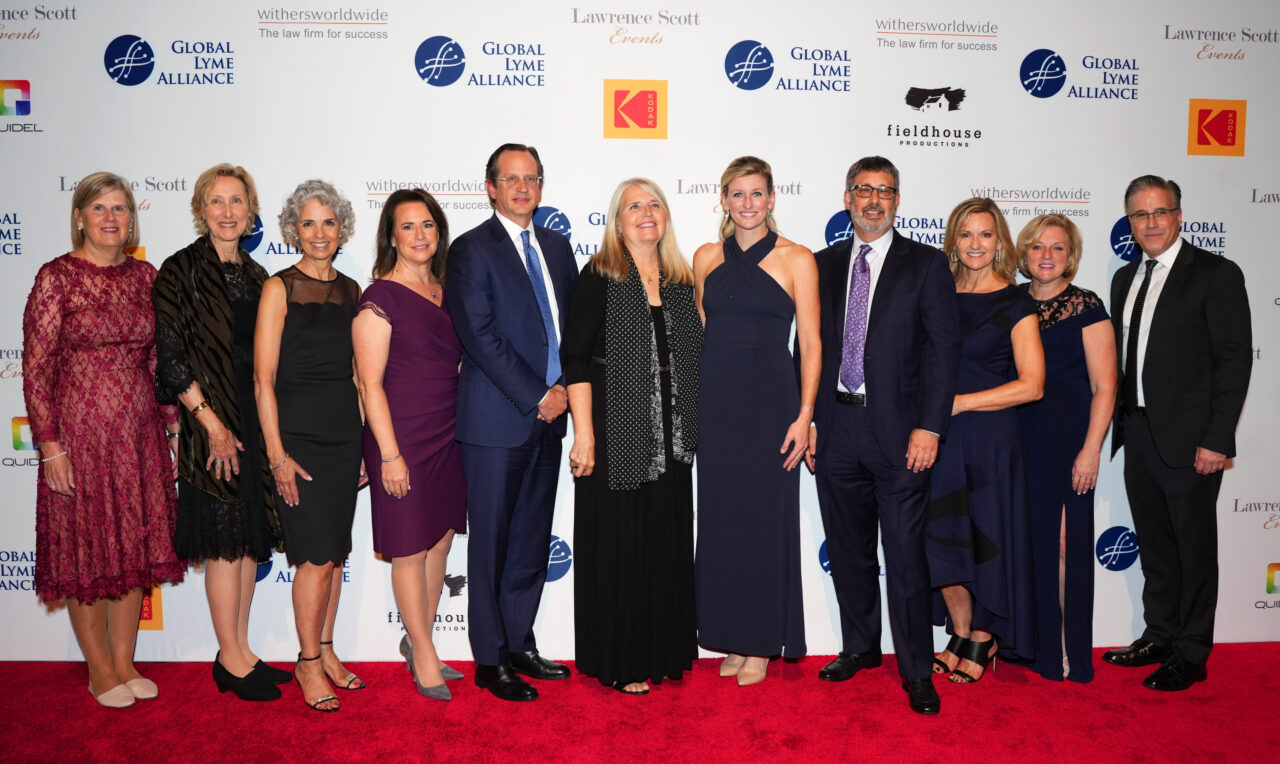 The event raises Lyme disease awareness and funds for research to improve diagnostics and treatments and ultimately find a cure for Lyme and other tick-borne diseases. The spectacular and one-of-a-kind gala was a night to remember for invited celebrities, business leaders, and top scientists alike.

The evening’s honored guests included Kim & Atty Cleworth, A mother and daughter who have been impacted by Lyme. They are also Executive Producers of the film, I’m Not Crazy I’m Sick. An exclusive preview was shown to the audience of the documentary about their struggle.

A highlight of New York’s philanthropic calendar, this year’s event raised more than $1.85 million to advance GLA’s mission to conquer Lyme. A live auction led by Jason Lamoreaux auctioned items including a trilogy of sports events, travel experiences and a golf weekend with professional Jimmy Walker for which bidding was keen. The GLA has gained national prominence for funding the most promising research in the field.

The evening program began with cocktails and dinner, a video contribution by Debbie Gibson, and speech by Broadway Star Ashley Loren, on the impact that Lyme disease has had on their lives. The event was hosted by master of ceremonies Rosanna Scotto, Co-Host of FOX 5 “Good Day New York.” The evening also featured an exceptional live performance by Recording Artist Pia Toscano and later in the night, Erich Bergen, Star of Madam Secretary and both the stage and screen versions of Jersey Boys.

Celebrated event planner Larry Scott of Lawrence Scott Events produced the gala experience by donating his designs and décor to the virtuous cause for the fourth year in a row, showcasing his long-standing dedication to the Lyme community.