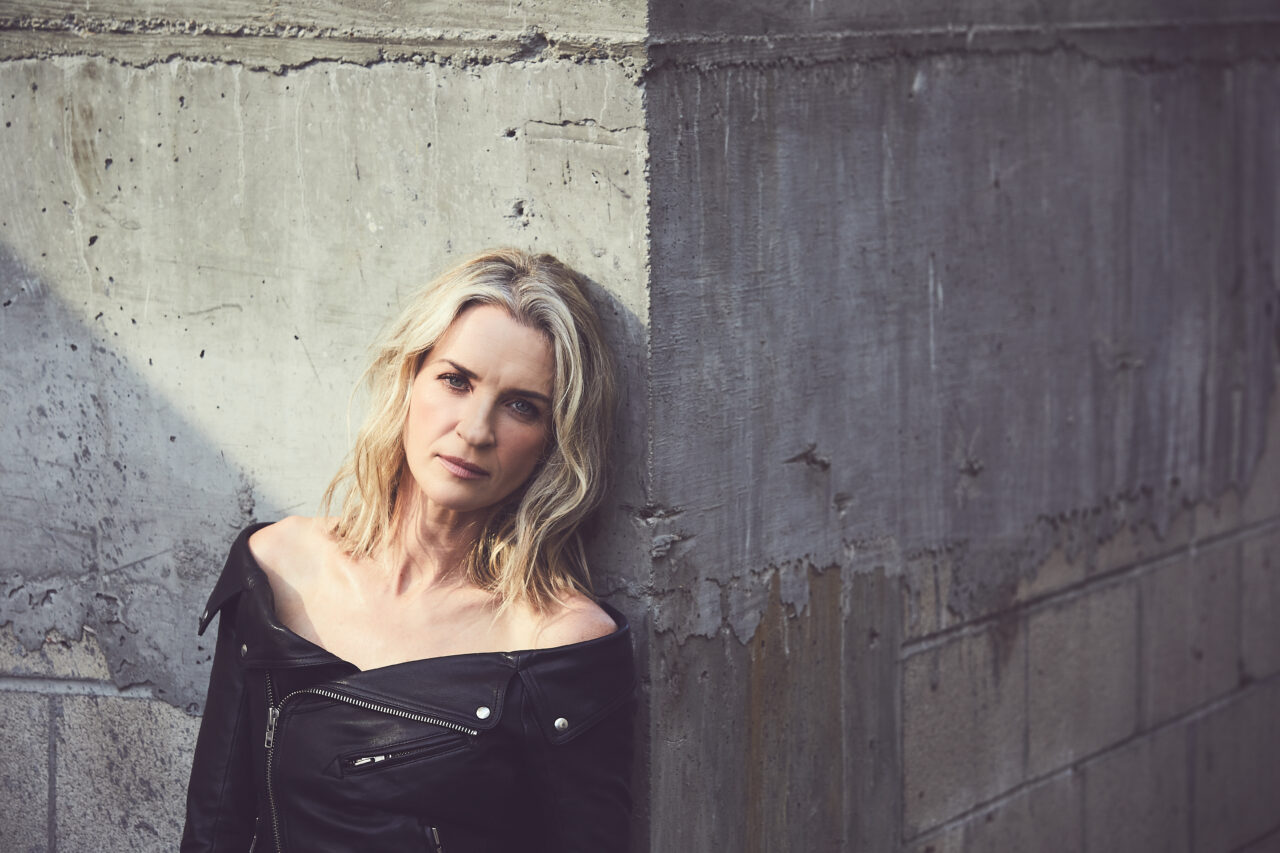 During a recent early morning chat,  Ever Carradine shared about life, parenting, and what to expect through the eyes of Naomi Putnam in season 5 of The Handmaid’s Tale on Hulu. As a consummate professional there were no spoilers, just more than a few well-nuanced hints that this is the biggest season yet!

Joshua Estrin: You studied Anthropology and Sociology. How and when did the acting bug bite?

Ever Carradine: In retrospect, I was bitten by the acting bug at birth. I know some actors start down one road in their academic endeavors and have an epiphany. I somehow made a “wrong” turn, meaning no disrespect to Anthropology or Sociology. It was just never a fit or even an afterthought for me.

JE: You have been a consistently working actor in an industry where good work is often hard to find. What advice would you give other young actors just starting out?

EC: The most important thing is a commitment to doing the work. I know that sounds a bit cliché, but it’s true. In doing the work, I don’t mean to state the obvious, learning your lines and showing up on time and prepared. That’s the easy part and part of what it means to be a professional. By “doing the work”, I mean making the decision that you are all in and willing to be afraid, vulnerable, and often unsure. These are all the things that will make someone a better artist. Ask questions, lots of questions, and if the answers don’t make sense, ask more questions. Allow yourself to be seen and heard without feeling as if you have to figure it all out in the first few minutes. Never be afraid to bring your entire self to a role and never apologize for doing so.

JE: It would be impossible not to ask you about this season of Handmaid’s Tale. What can viewers expect?

JE: In a show like this, how important is it to connect to your cast mates?

EC: It is the magic; without it, we would never have made it past Season One. The lives of these people [characters] are so entangled, enmeshed, and gloriously complex. There would be no way to make them so real and disturbingly relatable if we’re not committed as a cast.

JE: Quite recently, this country was faced with a decision that felt like it was straight out of Handmaid’s Tale. What is it like being part of this project when reality is mirroring fiction?

EC: Honestly, while I am thrilled the show is such a success, I certainly wish that so much of it was not so relevant and relatable to what we are all presently experiencing, not only in this country but across the globe.

JE: What is your dream role?

EC: That’s simple, I want to do a western. Everything about the genre speaks to me.

JE: What is the best thing about being a mom?

EC: My kids are seven and twelve and they are amazing! I marvel at how they see and interpret the world and how they are forming opinions. They are exhausting and I think any parent understands I am not complaining but rather just stating a fact. I enjoy them and enjoy watching them evolve into people. Did I mention they are exhausting?

JE: What are your guilty pleasures?

EC: This one is almost as easy as wanting to be in a Western. My “not-so-guilty pleasures” in no order are red wine, expensive shoes, and fresh flowers. They bring me joy and at the end of a long day, I want to kick off a pair of expensive shoes, drink good red wine, and smell freshly cut flowers. Is that so wrong?

JE: What do you think people’s greatest misconception is about you?

EC: This might not be a nail-biter of an answer but for some reason, people think I am taller than I actually am.

Spending the morning with Ever Carradine was a rare delight. She is everything one would expect plus the rare gift of making a perfect stranger feel like an old friend. While she is her own woman in every way; it is clear that the best parts of this actor; her compassion, her strength, and her fortitude are reflected in the character, Naomi Putnam, she has so skillfully brought to life.