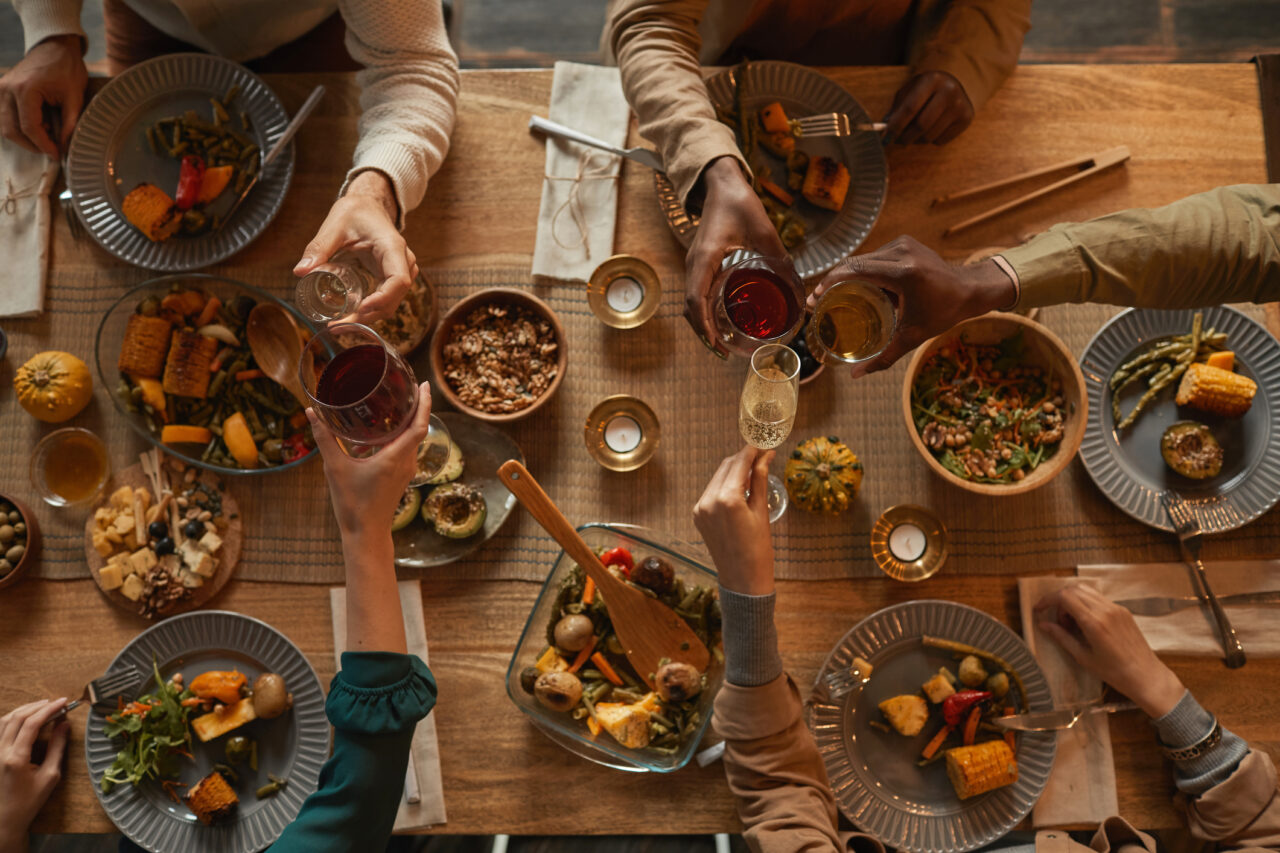 Most Thanksgiving festivities feature an incredible array of food. Unlike the original gathering, it is now a multicultural feast.  Here’s a list of the top 10 foods your guests will surely celebrate with second and third portions:

Looking for a few showstoppers? Try Strawberry Pretzel Salad, Frog Eye Salad, and Jones Special Release Turkey and Gravy Soda! Whatever you serve, dig in, enjoy with friends, and make it a memorable Thanksgiving.