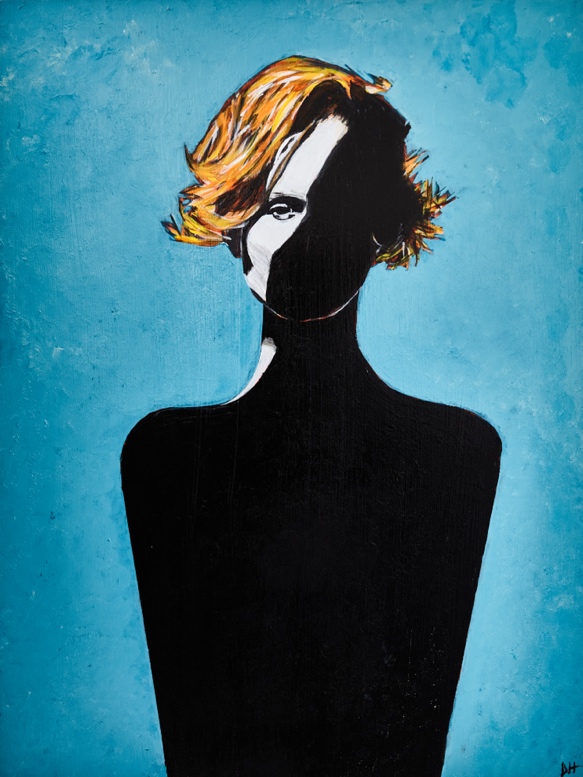 Prizewinning artist Don Hershman will continue to carry out his successful assemblage of exhibitions with a new showcase premiering during Art Basel Miami 2022.

Taking over walls during Florida’s at Red Dot Art Fair, the storied halls of the beloved ArT LoVe GaLLerY will be the home of the new works entitled ‘Shadow Series.’

For the past 25 years Hershman’s use of shadows has always been a component of his paintings, but it wasn’t until the early part of 2022 when the ArT LoVe GaLLerY owner, Jackie Fuchs, prompted him to keenly focus on this subject for a new exhibit. A past show in July 2022 entitled “Sexuality and Shadows” was not only successful, but also inspirational for the acclaimed San Francisco-based artist.

“Once the show closed, I felt compelled to take the subject of shadows even further,” said Hershman. “People often think of shadows as a metaphor; suppressed trauma, impending doom, or a kind of ominous dark magic. In this new series of 14 paintings that I created for Red Dot, I attempted to steer the concept of shadows into a practice of healing and self-growth, moving the viewer to a place of compassion and surrender.” 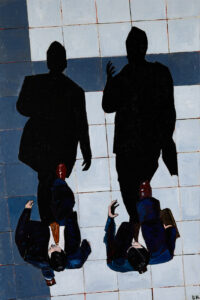 Red Dot Miami is a curated gallery-only contemporary art fair during Miami Art Week. Hershman’s work will be proudly a part of 75 of the top galleries from around the world showcasing work including Provincetown’s famed ArT LoVe GaLLerY. Taking place at the iconic Mana Wynwood in the heart of the thriving Wynwood Arts District and running alongside sister fair Spectrum Miami, Red Dot offers the unique opportunity to connect with blue-chip galleries and emerging artists all under one roof.

Hershman will display 14 new paintings with ‘Shadow Series’ during the fair, which will run December 1 until December 4 at Mana Wynwood (2217 NW 5th Avenue; NW 22nd St, Miami, FL 33127). Titles on display will include “Dog With Shadow,” “Tulips,” “Bicycle,” as well as “Man Leaning.” New artwork on display will showcase a celebration of life and the grand meaning witnessed in everyday normal things as they are transposed with their own reflection in a shadow.

Hershman, who is fresh off the heels of multiple American exhibits from a sold-out show in Manhattan to displays in Dallas and Palm Springs will take on a unique look at the male images with other subjects such as a dog in the desert, tulips, or a desk with shadow.

Striking male figures and brightly saturated still images bring to life a poignant vision in colorful artwork over the years. The undeniable presence is beautiful to witness up close and personal. From hauntingly alluring images of male torsos to the rich nuances of artistic shadows on a wall produced from objects like vases, creates a fantastic realm that is a must see. Bringing his last work to the landmark ArT LoVe GaLLerY was a dream come true and a mission long in the making.

Ever since his career took flight during the 2021 Salomon Gallery New York exhibit of original pieces that were part of a retrospective series inspired by the late Victor Arimondi, the innovative Hershman has been on an upward trajectory and become part of several collector’s wish lists. He has since gone on to win the 2020 Jury Selection at the de Young Museum, as well as top recognition in the 2022 MvVO ART/AD art show, which saw his work displayed in the famous Oculus in Manhattan. 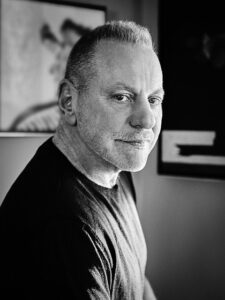 Owner and artist Jackie Fuchs was born in Brooklyn, NY, in 1958. As a young adult Jackie began a long career as a salon owner, colorist and stylist in Manhattan. In 1986 she moved from New York to Provincetown, Massachusetts where she lived for 13 years immersing herself in the artist community and began developing a lifelong interest in the creative process. Being a late bloomer had its advantages, she returned to school and obtained a BFA in Art Education, Film and Psychology, at the University of Massachusetts in Amherst. She followed that with a master’s degree in Education at Smith College and began teaching Art and TV Production in NYC. In 2002, Fuchs moved to Sag Harbor, opened four hair salons in the Hamptons and continued teaching art & clay sculpture to children and adults in a multitude of settings. A recent visit to the Barnes Foundation in Philadelphia sparked a new creative interest and she began to explore paints and collage materials as a result.