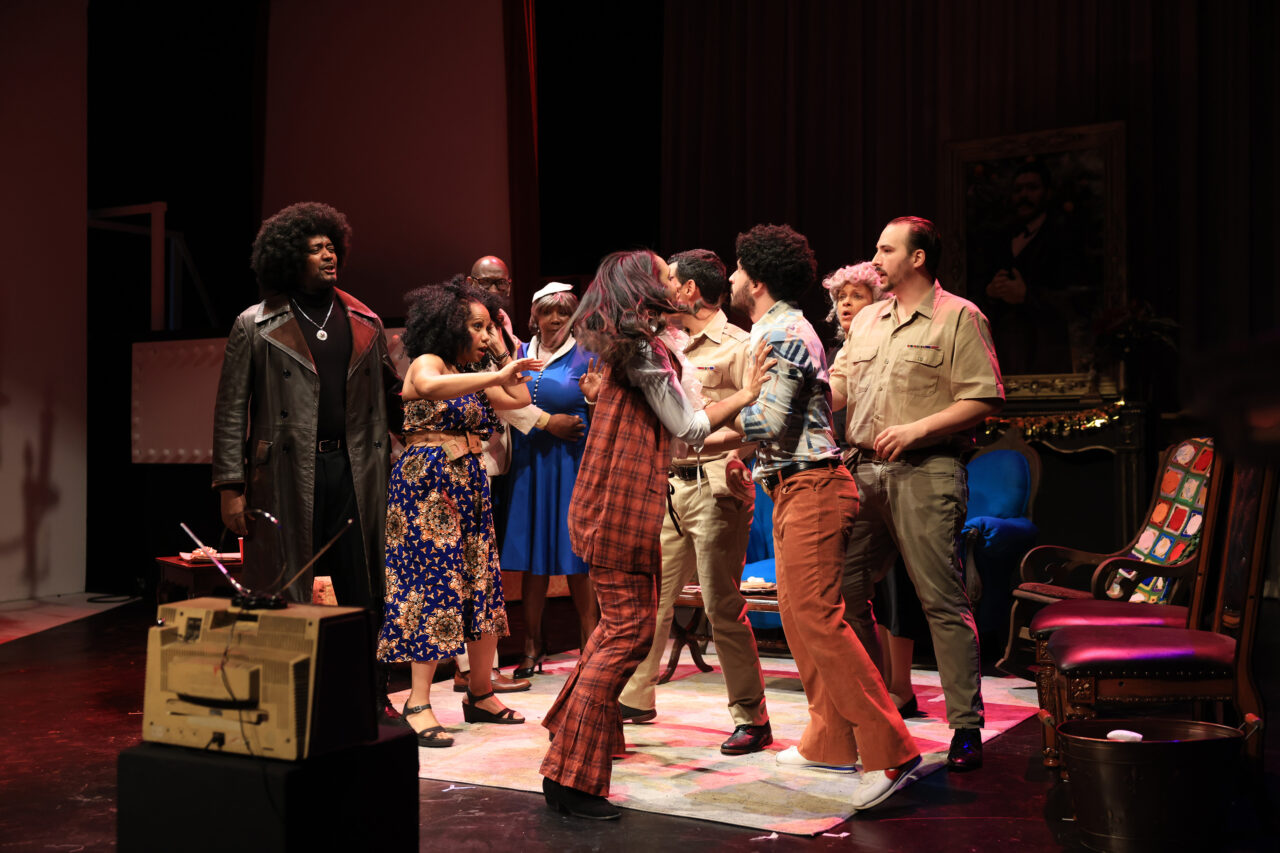 Following a highly-successful run that was halted in its final days by the outbreak of COVID in March 2020, The White Blacks triumphantly returns to the stage for a limited time, bringing their Production back to Theater for the New City.

Featuring a cast of 18 actors who present a traditional Southern “Creole” family in New Orleans, the play tells the story of Playwright Melanie Maria Goodreaux’s aunties who left the city to “pass for white” and the family left behind.

Told with humor and heart, the playwright exposes a common but largely untold story of “light-skinned” Black people in the South. While set in the seventies, audiences recognize modern themes of what constitutes “enough” when it comes to color and race, “cancel culture,” the path to authenticity, and the complexities of family.

In 1970s New Orleans, a Black “Creole” family is torn apart by members who ‘pass for white’ while others build Black Power and the matriarch clings to racial ideals that are fading fast. Inspired by the playwright’s own family, the story offers an insider’s look at the common but largely untold story of Southern Creoles— a culture proud of its Black heritage but plagued with grief over those “passing” to flee racism and achieve status and opportunity. Love lives long here in the gumbo of acerbic wit, romance and pain, abandonment and longing, hiding, personal authenticity and the complexities of “coming home.”

Co-Producers of The White Blacks are Mark Holloway, Issa Okamotoa and Nadya Okamoto.