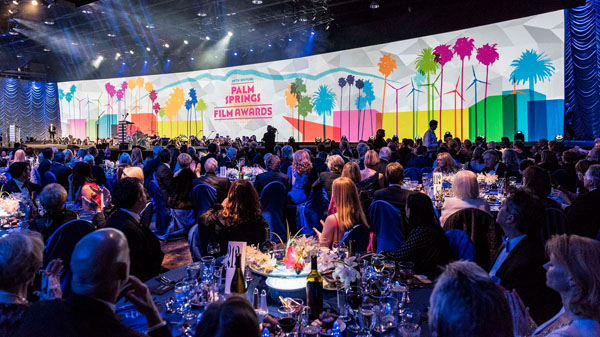 New York lovers of film and Industry watchers set your calendars – While there are over 2,000 annual film festivals in the world, only a handful remain truly renowned. Attendees have the opportunity to critique each film and gain insight on the latest developments in the industry. These elite festivals also provide access to financing, professional advice, and access to some of the world’s most famed celebrities and celebrations as well.

Here are ten of the best to consider as destinations in the year ahead.

Next year Palm Springs will celebrate the 30th year of this annual film festival. Some 135,000 attendees attend to experience the line-up of new and celebrated international features and documentaries. The event in California is known as a good place to show foreign-language movies, with a history of screening the most foreign Oscar nominees. It’s also known for its annual Black Tie Awards Gala, honoring the best achievements of the filmic year by a celebrated list of talents who, in recent years, have included Ben Affleck, Cate Blanchett and George Clooney. www.psfilmfest.org

A winter time classic, the annual Sundance Film Festival stands as an ideal way for attendees to catch up on the independent film scene – and for a break to ski on the empty slopes. The recent Sundance Film Festival saw 121 feature-length films selected from a record 12,218 feature-length film submissions, representing nearly every language known to man. Many different genres are put on display, from animation to indigenous works and cult films. For more information visit www.sundance.org

Every March, creatives of all stripes gather in Austin to witness, inspire, and share the visions that will galvanize the filmmakers and ideas of tomorrow. Nearly 30,000 industry and media delegates, as well as thousands of fans attend the SXSW Film Festival to see big-budget film premieres like Neighbours and Veronica Mars. For more information visit http://sxsw.com/

The Grand Dame of Film Festivals – chic, international and very popular with celebrities and power players, The Cannes Film Festival stands as one of the most exclusive festivals in the world and recently celebrated its 70thanniversary. Founded in 1946, this non-public festival is the most prestigious and publicised film festival in the world. Movie stars flock to Cannes each year, along with producers who hope to sell their films to global distributors. For more information visit www.festival-cannes.com

The Venice Film Festival was originally created to raise awareness and promote all aspects of the film industry – offering retrospectives and reverence to major players throughout the history of cinema. This year’s event indicates the beginning of the festival season and awards calendar. It will include screenings, ceremonies and celebrations and on the final day a jury will award the Golden Lion for best film along with seven other prizes. For more information visit www.labiennale.org

A short but prestigious film festival set in a tiny village in America’s Rocky Mountains, Telluride showcases some of the best in the industry. The bulk of the program is made up of new films, which has led to Telluride being associated with the discovery of a number of important new films and directors. The festival typically attracts some 4,000 film enthusiasts who enjoyed a 100 film program, representing 25 countries. Organizers do not reveal the program until everyone lands onsite – yet regular attendees trust that a unique experience will unfold. For more information visit http:\\www.telluridefilmfestival.org

The Toronto International Film Festival (TIFF) in Canada is among the most successful public film festivals in the world. World premieres, galas and parties comprise this illustrious event where stars, directors and industry supremos make the rounds. If you are a cinephile or simply just love to experience new and innovative films, TIFF is the event to attend. For more information visit http://tiff.net/

The famed Sundance Film Festival first expanded its global reach to Hong Kong in 2014, offering the premieres of eight new films from the sister Festival in Park City, Utah. The program will be announced in mid-August, followed by the commencement of ticket sales near the end of the month. The eight films, accompanied by a delegation of filmmakers and festival organizers, will be screened at The Metroplex, a recently opened cineplex in Hong Kong’s Kowloon Bay. For more information visit hk.sundance.org/

The Hamptons International Film Festival has become a fall weekend fixture, attracting roughly 18,000 visitors annually at the end of Long Island, some two hours from New York City, in theater venues from Montauk to Southampton. It was founded to celebrate independent film – long, short, fiction and documentary – and introduce a unique and varied spectrum of international films and filmmakers to audiences. It draws international filmmakers with global perspectives while still maintaining a local, small-town feel. Local resident, Alec Baldwin, has become a high profile fixture at the event. For more information visit http://hamptonsfilmfest.org/

The only Japanese film festival accredited by the International Federation of Film Producers Associations (FIAPF), TIFF has played an integral role in Japan’s film industry and cultural scene. Established in 1985, TIFF aspires to be recognized as one of the four major film festivals in the world and in the same league as Cannes, Venice and Berlin, which now stand at the summit of the more than 2,600 international film celebrations. Events include open-air screenings, voice-over screenings, and special appearances by filmkaers in focus Mamoru Hosoda and Shunji Iwai. For more information visit www.tiff-jp.net

Dubai International Film Festival stands as the leading film festival in the Middle East, Asia and Africa. Since its inception in 2004, the festival has served as an influential platform for Arab filmmakers and talent at an international level, by spearheading the cinema movement in the region. DIFF’s pioneering initiatives such as the Muhr Awards, Dubai Film Connection and Dubai Film Market have enriched professional experiences in the region, while also raising the profile of regional works on the world stage. For more information visit www.dubaifilmfest.com