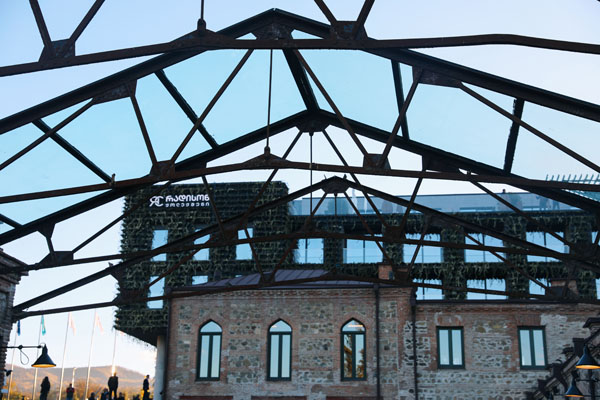 The truly astute and adventurous traveller is no doubt already drawing up their 2019 wish list itineraries. Beruit, Lebanon is already on this ‘jetrosexual’s’

(and yes I coined the word) radar come 2019.  It’s not all unusuall for the sophisticated and curious traveller to already be devising ideal must-visits– for those with that earnest zest for travel and adventure.

For sure, some earnest jet-setter has already hatched plans to be one of the first t one of the first guests to experience the most buzzed about new hotel come 2019.  And yes GW speaks of the already iconic, retro-futuristic TWA hotel which will dazzle with it’s re-invention come August 2019 in New York City.. The coming TWA hotel at JFK has to be on any hipster travelers bucket list for the next season. A weekend in one of the 502 rooms of that former TWA terminal, that architectural created by the legendary Eero Saarinen as total homage to the 60’s jet set age.

For others, travel 2019 might mean be being one of the first passengers to fly on the very first passenger jet capable of a vertical take-off!  Oh?! You hadn’t yet heard?!  Well that would be the coming Boeing 787-900 jet plane which is being hailed as the most technologically advanced passenger jet in aviation history. An engineering feat, the experts have declared. A 19-hour long haul first class flight from Heathrow to Sydney on the coming 787-900 is first class luxury that will have your head spinning. 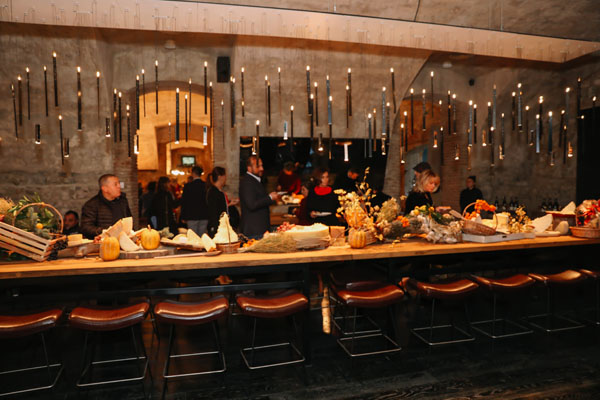 For connoisseurs of fine wine and that truly high-brow culture lover. Next year will be about the-must-chance-opportunity to discover the next hit destination — the Republic of Georgia.  Yes we speak of that former Soviet Union satellite which more and more seems emboldened to embrace its European roots and heritage. It’s capital Tbilisi is already being buzzed about as ”the next Berlin’!

And some 70 miles from Tbilisi on the outskirts of the Georgian town Kakheti, is it’s centuries and centuries old– and now– post-millennial-revived cultural mecca — The Tsinandali Estate.

What Bilbao now is to Spain, is what  Tsinandali will once again be for Georgia.  What Bilabo did for art is what Tsinandali will do for classical music. Lovers of the opera, the ballet and classical music in all its variations will now want to start making plans to be at the first annual  Tsinandali Cultural Festival which will unfold around the vast Georgian heritage Chavchavadze Museum and the brand new concert halls and boutique hotel complex comprising the Tsinandali Estate.

But, of course this chic sojourn must begin in Tbililsi, the Georgia capital already the new nexus for the bon chic bon genre hipsters.  And we not talking millennials…we talking GenZ (Generation Z) even more au courant than ever.  They love the cobble-stoned streets, the medieval churches and the history everywhere.  And most, one would assume, that Tbilisi is no where near over-run by over-tourism.all   The hipsters love the cafes and the late night raves stoked. no doubt, by ‘chahcha’ (the heavy duty plum wine hooch).  The fact that marijuana is now legal in the Republic of Georgia tells you exactly why Georgia is on the radar honey bunny. 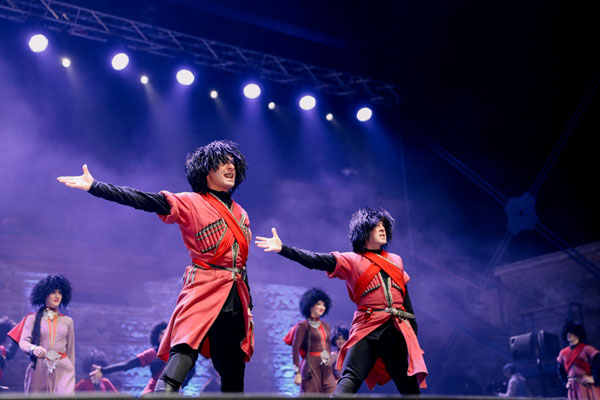 Tbilisi for a day and half.   Check into the hipster Stamba Hotel in the Vera district. Drop the Goyard carry all  and hit Tbilisi running.   Or better yet, on a tramcar  to the  pinnacle of Narikala Fortress (4th Century)  that is the signature pedigree of this increasingly chic capital of the Caucasus.   From there do as the locals do.  Visit one of this town famous bathhouses. Indulge in  a steam, a massage, a  scrub, if nothing else check out the local sausage at one of  the legendary sulfuric bath-houses that dot Grishashvili Street.  Once that incredible revival of  mind, body and soul is complete then dinner at Caffe Littera is a must.  That Insta-moment withTbilisi’s leading celebrity chef Tekuna Gachechiladze will surely enhance your #foodie #credentials.

Fifty hours in Tbilisi then its off to the hinterland and the 70-mile trip to the Tsinandali  Estate.  Every local knows where it is.  It is very much considered the cradle of Georgian culture and romanticism.  Tsinandali legend will compel you to adhere — was where wine was probably invented.  Tsinandali, for 8,000 years has been the heart of vivi-culture throughout Asia minor, and has long been considered one of the most enchanting places on earth.  The French writer Alexander Dumas called Tsinandali his ”Garden of Eden”.  Pushkin was a regular visitor. It was the key cultural epicenter in Europe from the early 11th Century.  And no doubt about it, the  UN will soon have to laud the Tsinandali Estate as one of the world’s next UNESCO Heritage Site.  Tsinandali, Georgia  the heart of Caucasian viticulture!!  Prince Alexander Chavchavadze was the 19h Century noble who made all this happen. This was his home and he made it the center of Georgian culture and left this lasting legacy.

The Tsinandali Estate renaissance is now complete.   The enchanting former palace nestled between canyons and vast manicured gardens, and peerless pine tree groves that pierce that Georgia azure sky like the most elegant daggers. Mix that atypical Kakhetian architecture, the restored Italianate villa and guest houses.   The just opened and way chic boutique Radisson Collection hotel.  The state-of-the-art concert halls and that one of a kind amphitheater.  As Mamuka Bakhtadze, the Prime Minister of Georgia, declared at the hotel’s recent ribbon-cutting. ” Tsinandali is the most tremendous contribution to the promotion of our country. The Tsinandali Estate will lead the revival of this region as the center of Georgian cultural life just as it was in the 19th Century.” 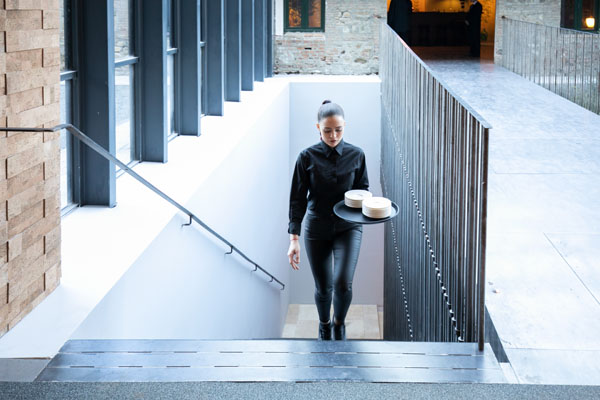 The 21st Century revival here has been the masterstroke of the public/private sector initiative known as The Silk Road Group under the dynamic visionaries George Ramishvili and Yerkin Tatishev.

”We began this project in 2007 and now we feel the new Tsinandali once again befits our glorious and honorable past,”  says Mr. Ramishvili.  Come next September and their first annual Tsinandali Cultural Festival the champagne corks will definitely be popping.   According to Mr. Ramishvili — ”Tsinandali will by then have solidified and reclaimed its role as a European cultural hub.”

Just imagine the setting for those seventeen days in early Autumn in Georgia?  With forty concerts from orchestra to chamber music to recitals to the ballet and the opera featuring supernova global musicians and led by maestro Gianandrea Noseda as Music Director. {Online box-office already open TKT.ge or [email protected]}.  A scintillating concert recital at the new  Xavier Fabre designed retractable amphitheater end the evening with a visit to the hotel spa or the infinity pool then retire to your well appointed hotel room uncork the wine bottled from  that centuries old vineyards as far as the eye can see right outside your hotel window at the brand new state of the art Radisson   ”This is an expertly curated five-star hotel that offers its guest a truly luxurious experience,” continues Mr. Ramishvili.

There is little doubt that Tbilisi and Kakheti in the Republic of Georgia is frontier tourism at its most chic and culturally elevated.  And so for 2019 it’s will be, no doubt, all about —  destination Tsinandali!