MARIA BARTIROMO: Life at the Top with Maria Bartiromo

When it comes to immigration, Frieda Goldstein fights for her clients as if they are her friends, and in many cases, they become just that – and it’s not hard to see why. She might be a fierce fighter for those seeking asylum and other immigration services, but she is also a family oriented attorney who brings compassion to each of her cases.

As the child of immigrant parents with a mother from Poland and a father from Italy, Frieda was attracted to the field of immigration when she first entered law school. Her passion and persistence paid off, and she worked for an immigration clerk in New York and later on in Miami, while attending school full time. Growing up in Weehawken, New Jersey, just outside of New York City, Frieda the immigration fighter was exposed to various cultures and all the people who make the city what it is. She now has her own clients from all over the world and said “I meet people from everywhere and learn something new every day!” 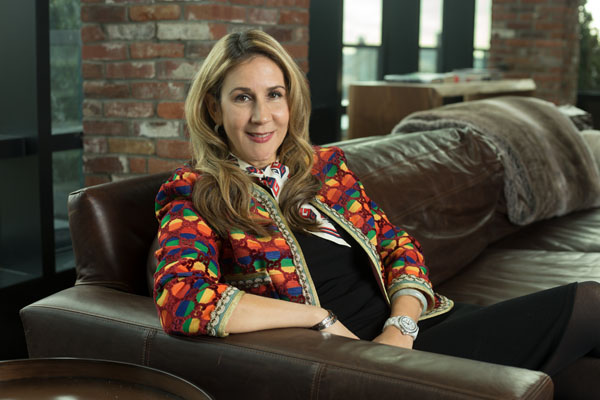 Once she had found her purpose, Frieda wasted no time putting her talents to good use. She served as a volunteer at American Friends Service Committee, a non-profit in Miami working to help people from Central America with asylum cases. After law school, Frieda was offered a job as a trial attorney and thought that “being a prosecutor would be beneficial as I would get to work on the other side. I wound up staying a lot longer than I imagined, and worked in both courts as a law clerk and as a trial attorney in New York and Miami.”

After 14 years, she left the government and began working with her husband, also a former prosecutor, at his firm, Pozo Goldstein, in the Miami office, and is now the managing partner of the New York office where she brings her passion and patience, both in and out of the courtroom. You could say that immigration law is part of the fabric of the Goldstein family – Frieda and her husband, who met in law school, were married by an immigration judge!

Frieda brings her passion from her days as an immigration prosecutor to her current role as an attorney, and said it “keeps her on her toes!” She explained that “people are concerned that there are less options available, but the same immigration laws still stand. While laws have stayed the same, however, policies and stances on DACA and other bills continue to change. I keep my eyes on the news at all times to be up on every possible policy change swinging from one way to another. The current waiting time for a citizenship application is up to two years from the time you file to the time you go into the exam, so that is a longer process than we’ve seen in a while.” 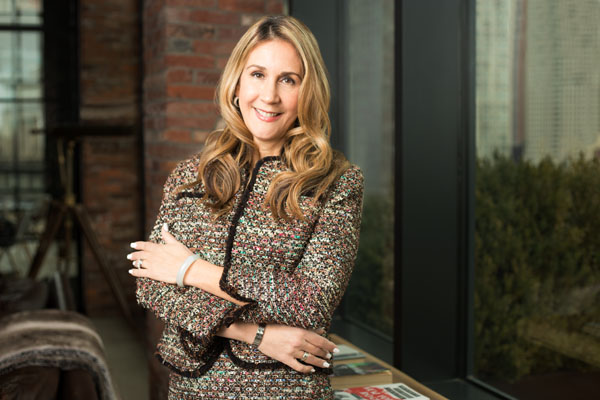 Frieda was one of the few selected by United States Attorney General Janet Reno to a Trial Attorney position with the former Immigration and Naturalization Service as part of the Attorney General’s Honors Program. She was also a prosecutor for the Office of Chief Counsel, Immigration and Customs Enforcement, and is a Founding Member of the Department of Homeland Security.

Frieda’s favorite and most rewarding cases are asylum cases, which she frequently worked on from the side of a prosecutor. She explained that “if someone comes to the U.S. fleeing from their country, there are five reasons which allow for someone to apply for asylum including race, religion, nationality, particular social group or political opinion.  We can anticipate what the government is expecting or cover it before it becomes an issue. You have to file for asylum within a year of entering a country or else have to prove extraordinary circumstances or a change in country, which is harder to prove. I once had a client who had been in the country for maybe 20 years but could prove he had cognitive issues and he was able to stay.” 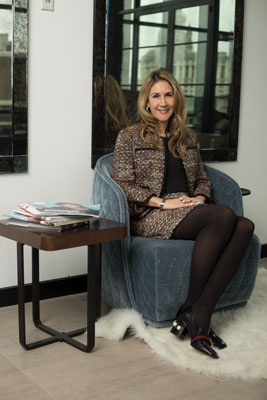 As a former immigration prosecutor, Frieda has a distinct edge when it comes to knowing what to expect and explains her role as an immigration attorney as a “natural progression. I work a lot harder and have people calling me 24 hours a day, but it’s so fulfilling. Helping people navigate their needs is the most satisfying for me. Every day is a challenge but also a chance to help another family.”

This efficient and easily accessible attorney explained that “my husband and I both worked on the other side of the law, which definitely gives you the leg up when preparing an application or litigating in court. We can anticipate the questions – we like to ask the court the question before the prosecutor!”

From talking clients through encounters with the FBI or receiving calls from someone whose husband is detained at the airport, fighting for those who need her most is what really fires up the fierce Frieda! In addition to helping employers or people applying for their family members, she also represents those with extraordinary abilities, including many ballet dancers. Frieda is more than an attorney, she’s also an advocate for clients, and gives each and every person personalized service – they know she’s there whenever they call, literally, as she gives out her personal number. 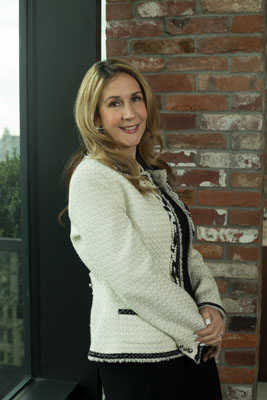 It’s also important to emphasise that the firm handles any and all immigration matters including, but not limited to, H1B visas, investment and business visas. They also represent employers seeking to hire foreign nationals. One aspect of immigration law that they are most proud, is that the firm provides deportation defense for people who are in remvoal proceedings in immigration court.

“We’re trying to uphold the law, but we’re also passionate about what we do,” explained Frieda, who has many clients who have become family friends. “I have a client who applied for a green card for her and her husband but the judge didn’t believe they were married and were denied. I gave them a marriage interview and the case had a great outcome, and now our children are friends. I even helped a young girl who works in a restaurant in my neighborhood apply for asylum and now she’s petitioning for her parents.”

As she is always fighting for her clients, Frieda gets frustrated by those immigration judges who have a 95 percent denial rate. She explained that “these rates, which are publicly posted by a college, are fundamentally unfair. These judges are appointed for life, so when you see one swing one way or another it’s troublesome, especially when some only believe five percent of cases merited asylum. You’d think it would be more along the lines of 50/50. A lot of times we also see people posing as immigration attorneys, meaning they do paperwork without accreditation and therefore apply for what the client isn’t eligible for, resulting in malpractice. It’s really important to specialize in your field, which is why we only focus on immigration.” 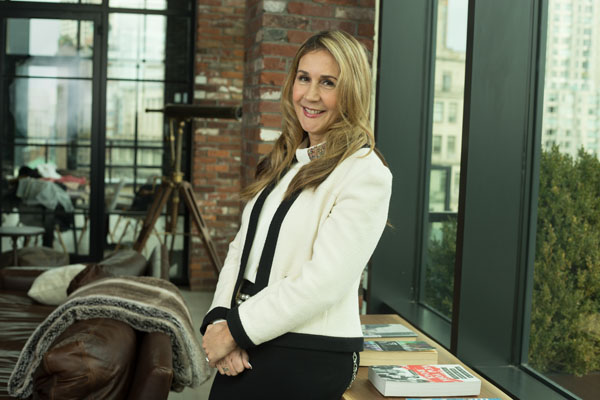 This devoted and diligent attorney has also had many successful sexual orientation asylums and marriage based cases recently.  She explained that “immigration has done a great job of getting these cases processed more quickly. I even had a transgender client who wanted to petition for her wife – they had been married while he was still a man so had to apply again – and was so proud when we were able to process the case.”

When she’s not fighting for her clients – or friends – Frieda enjoys spending time with her family and partaking in all of the cultural experiences the city has to offer, from Ballet to Broadway, which might even include a cast member who has become yet another success story thanks to Frieda. She continues to ensure New York remains the diverse melting pot she is proud to call home!