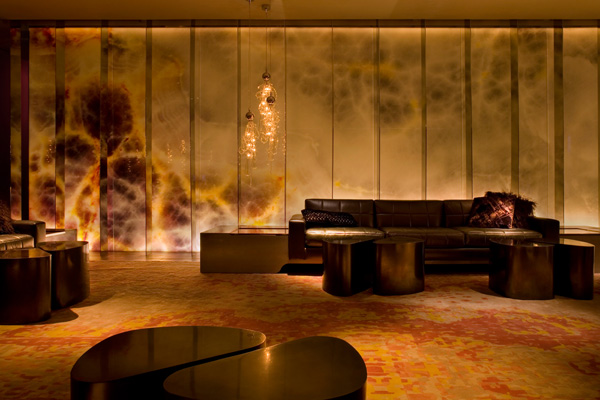 With award season in full swing, we decided to head to Los Angeles. What better embodies the glamorous LA lifestyle than West Hollywood and Beverly Hills? At the heart of West Hollywood is the sleek and stylish Andaz West Hollywood. Andaz means “personal style” in Hindi, which is reflected in the design that was overseen by the architectural interior design firm Janson Goldstein. They wanted to evoke local culture and a style that pays homage to the past but is reimagined for today. As the first hotel on the Sunset Strip, Andaz West Hollywood has attracted rock ‘n’ rollers since the 1960s. Their native modern aesthetic is inspired by both the Bahamian culture and lifestyle with rotating art displays by local artists and rock ‘n’ roll relics significant to that period of time. 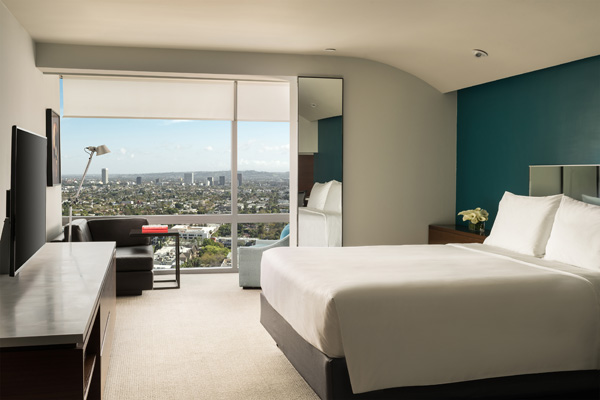 Their 239 stunning and contemporary rooms are bedecked with chic comforts such as velvet chaise lounges facing floor-to-ceiling windows that overlook the twinkling lights of Hollywood and the Sunset Strip. No expense has been spared in the recent renovation with luxurious bath fittings, state-of-the-art 65” flat screen TVs and plush pillow-topped beds with Pacific down comforters for a restful slumber. Open, white marble bathrooms feature a slate gray vanity with double sinks, shower, bathtub, and Jonathan Adler toiletries. What truly sets the Andaz apart from other luxury hotels in the neighborhood is the pet-friendly policy coupled with unsurpassed hospitality and an array of complementary amenities. These include a fitness room, in-room Wi-Fi and non-alcoholic drinks and snacks from the minibar as well as pastries and coffee in the morning and premium wines served from 6-7 pm to set the tone for an exciting night to come. 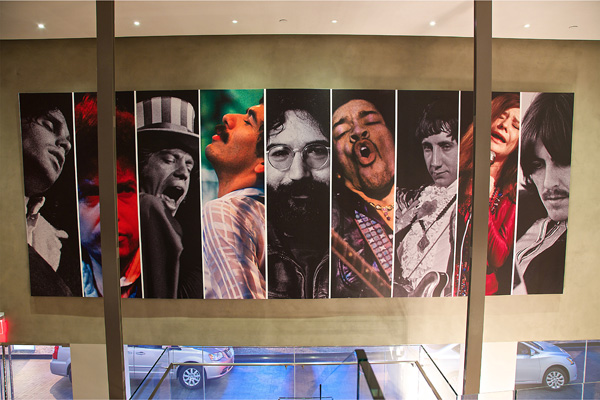 Relax and soak up the Southern California rays on their rooftop pool with forever views stretching from downtown Hollywood to the beaches with the Hollywood Hills as a backdrop. Grab a healthy bite at their farm-to-table signature restaurant, Riot House, featuring seasonal Southern California cuisine with an eclectic cocktail menu and an extensive wine list focusing on boutique wineries from France and California. Or enjoy one of LA’s favorite pastime of celeb spotting at the uber hot Riot House Bar that pays homage to their past as a hangout for rockers in the 70s.

Going back to their musical roots, this February, their Salon Art program will display Norman Seeff’s iconic rock ‘n’ roll photographs featuring Joni Mitchell through mid-March. This is in partnership with the GRAMMY museum that will display the entire exhibit at LA Live during the GRAMMY Awards, which are going to be held in Los Angeles.