Pump It Up With Agent Provocateur 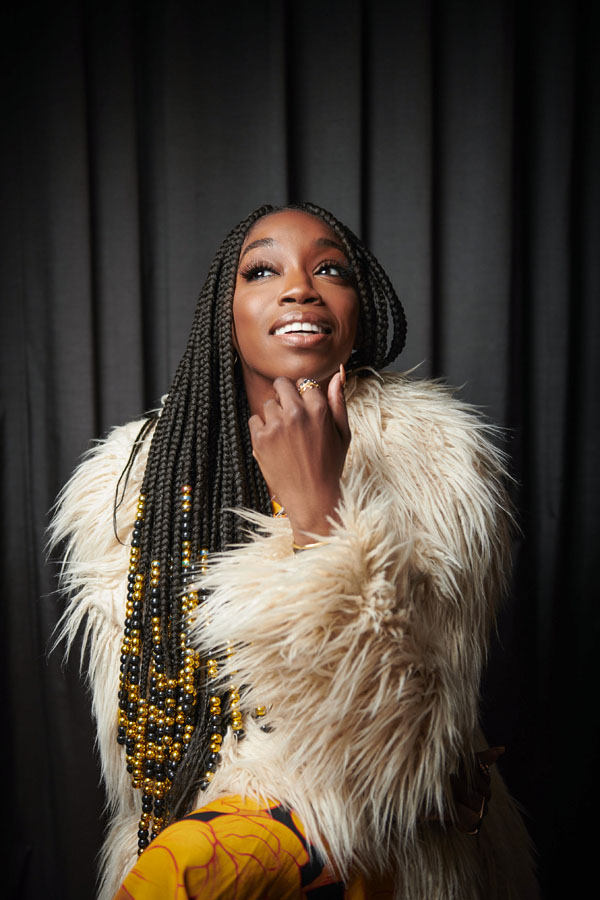 She might like her American boys, but the latest album from Grammy winning recording artist Estelle was inspired by her British roots and is composed of a romantic British reggae subgenre – with soul and R & B vibes of course! Lovers Rock is the fifth record for the British singer, songwriter, actress and humanitarian, and not only features deeply personal lyrics, but is also deeply personal for this multi-talented performer as it is the first album she has released on her own established 1980 label since partnering with VP Records.

This triple – make that quadruple threat – kicked off the first leg of her tour in Brooklyn and is going to be on the road again in April. When she’s not performing, representing new talent on her label, and expanding her empire, Estelle is active in her All of Me Foundation which provides partial scholarships to college students facing financial hardships. The foundation partners with local organizations that are empowering young people to ignite change in their communities and abroad by providing real life work experiences, internships, and mentoring opportunities for high school and college aged students. 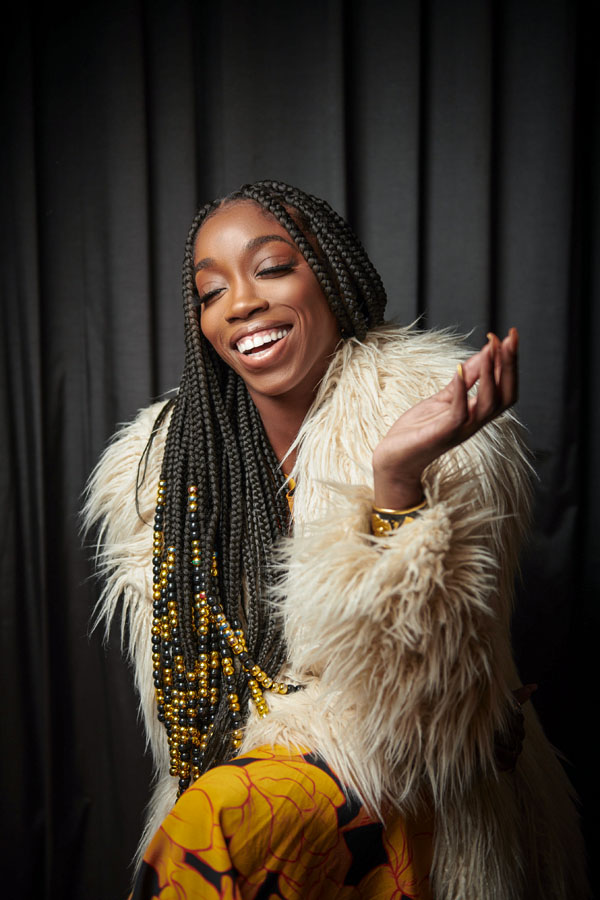 The singer, who still refers to New York as her home base, based her album on the relationship between her Senegalese mother and Grenadian father who broke up only to get married two decades later, and how this shaped her and her own attitude towards life and love. Just take a listen for yourself, including the hit track Better, and you’ll see that Estelle just keeps getting, well, better! 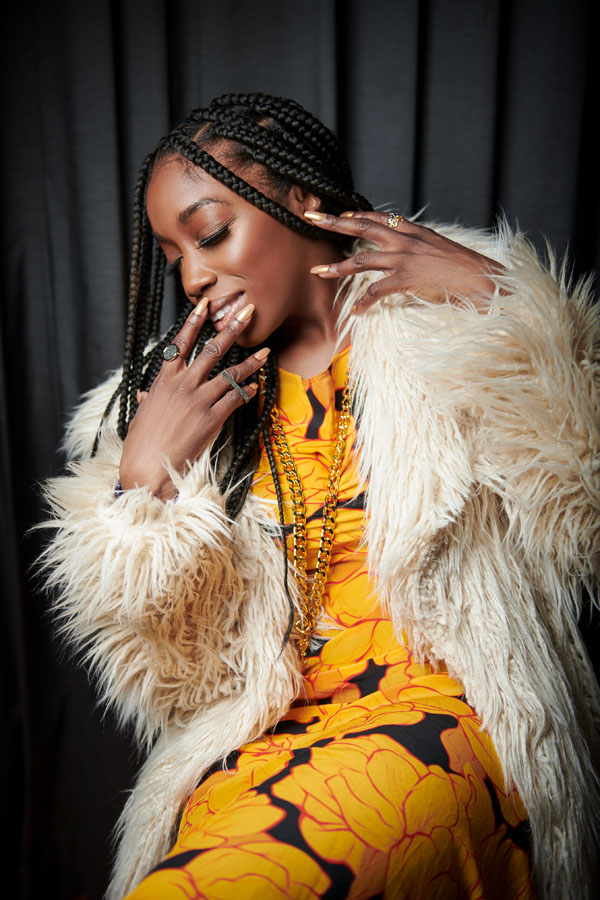 What was your vision for your most recent tour?

For this tour, I wanted to do it small and make it feel like I was in my living room in my mom’s house and have people come into my world, and I think that’s what we’ve done. It’s amazing to have my latest record up and ready to go and performing it and having people responding to it the way they are. American Boy took a full year before it clicked with people and became a hit so I anticipate that, but this album has been an experience. 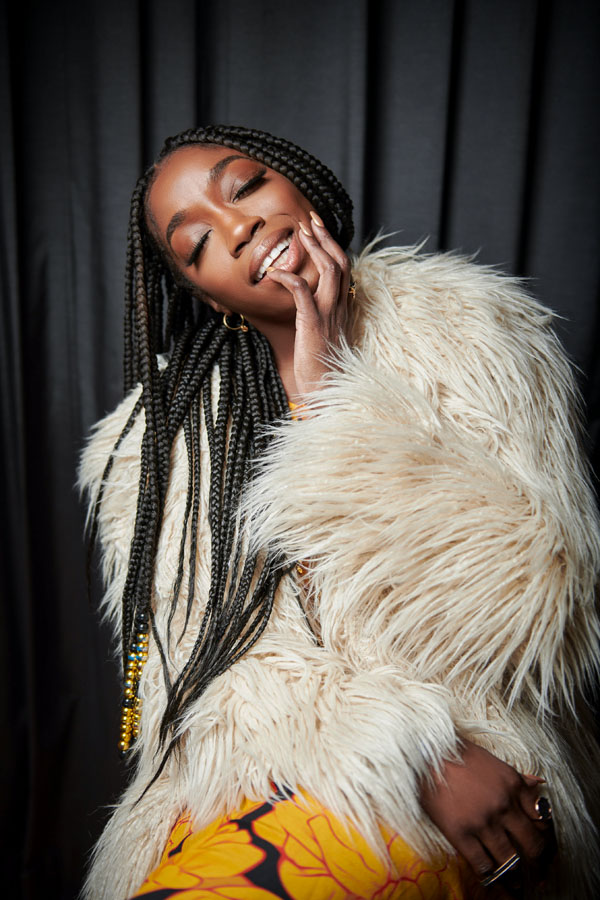 How does the magic of Estelle come together in the recording studio?

All of my records are personal. It’s always been a matter of just sitting there and letting it be exactly what it needs to be and come up with three lines here or there and when I get into the studio and hear an awesome beat, it all comes together with a melody I can turn into a song. It’s personal in the scariest way because I’m sitting there and it’s just me and I’m asking people if it is great or not. This record is on my label which I love, so it means four times more to me.  I’m producing and working on my own records and work with songwriters so it’s never one person’s point of view. I’m involved in every ounce of the process from the beginning to the end. 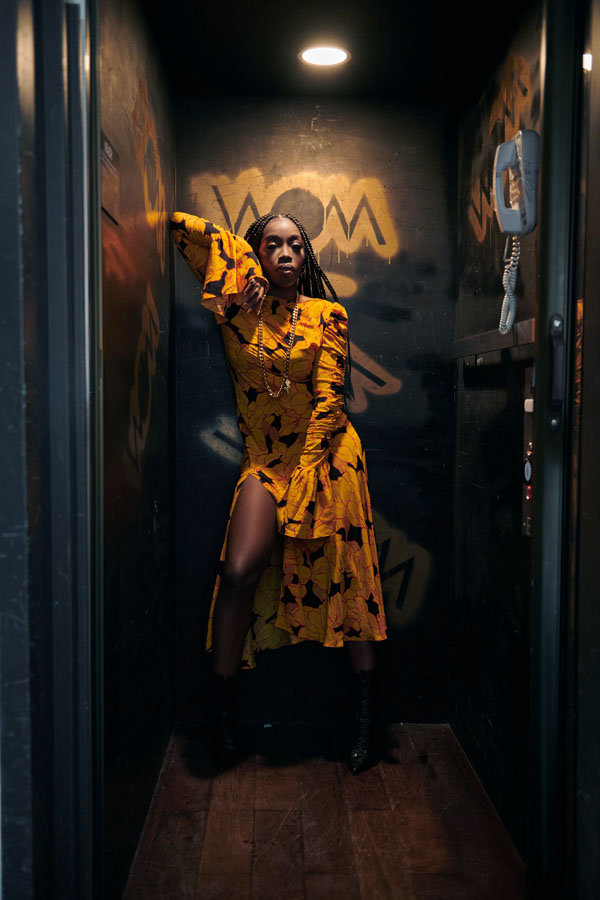 What was the inspiration behind Lovers Rock?

This record was written about my parents and their relationship. They were together and had kids and then got back together twenty years later. I felt like I was reliving my life and as I started writing this I wanted to learn a lesson and graduate per se. I realized I was living out what I had seen with my mom. When I first started recording it, it sounded like a repeat so I spoke to my mom and her advice was telling me the real stories behind the versions of what I was told as a kid and growing up. My mom and I have a great relationship so she told me what really happened and what was really going on. I looked at everything from an empathetic standpoint and started thinking about what I was supposed to be doing versus what I was doing, and about not making the same mistakes. I love the point of their love story – you can love who you love when you love them and sometimes the person you thought was for you isn’t and that’s okay too. 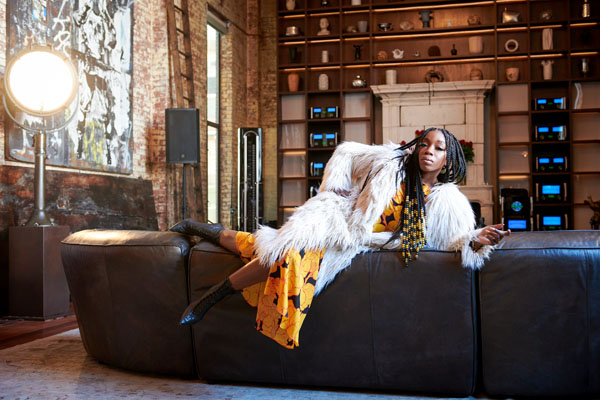 How cathartic was it for you to make this album?

I had multiple aha moments in the process! I got a new perspective, it was like therapy. The universe knows who guides who and when I see an issue I like to move on, I don’t like to dwell or go back and forth. 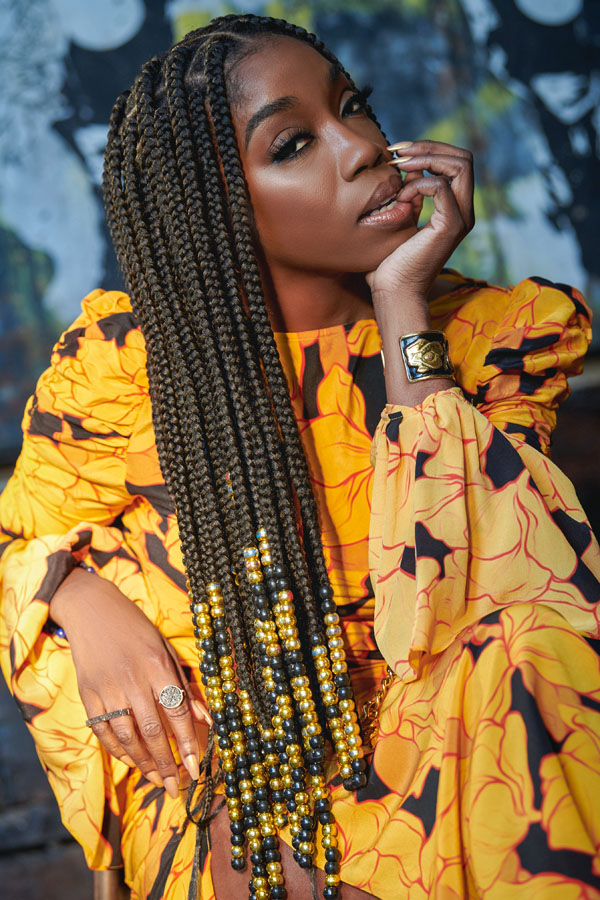 What is the vibe of Lovers Rock? Who did you make it for?

It’s a mixture of R & B and soul, it’s warm, loving energy. If thinking of power with love makes you feel empowered, this is for you. If you’ve been trying to figure out life and love, this is for you. This is a no judgment album for everyone, it’s a great vibe, it’s personal, it’s real.

Which coast is the best coast?

I’m based in LA now – I like the sunshine – but I lived in New York for almost ten years and lived in both states for a while and have been back and forth. New York is my home base because that’s where I first moved, where I was first embraced. It almost feels like I never left when I’m there working and hanging with my friends. 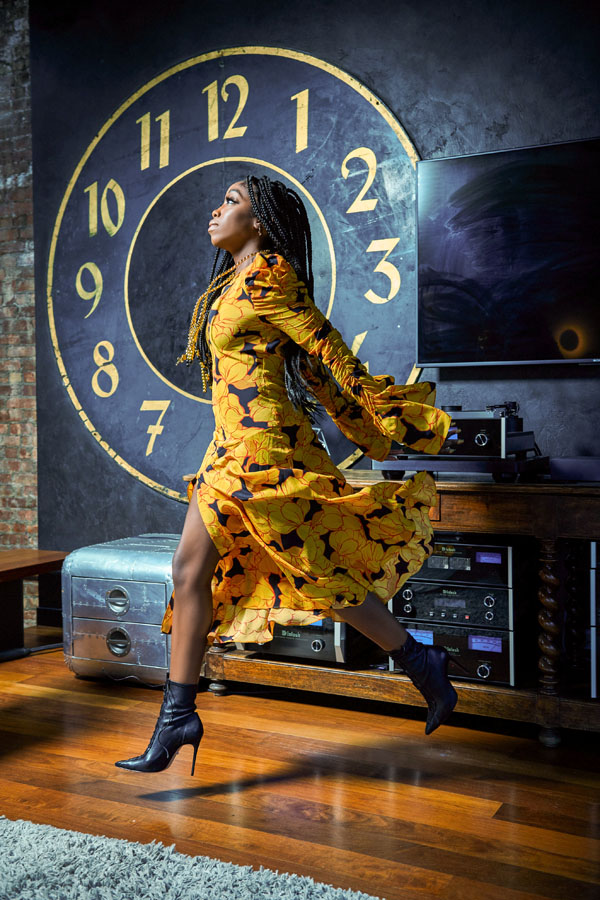 Do you still touch down in London town?

My family is still in London so I go back and forth a lot, I miss my nieces and nephews, but I don’t miss London. Moving to Brooklyn felt like South London to me!

What are you go to spots in the city that are cool enough for any American boy…or girl?

I love going to real New York places like Café Habana on Prince and Elizabeth and Miss Lily’s, and just walking around Soho and the Lower East Side and the West Village. I have some friends who live in Harlem and Brooklyn and there are some little spots where we can kick it and don’t have to bother about being dressed up, I can just hang out and they know me. 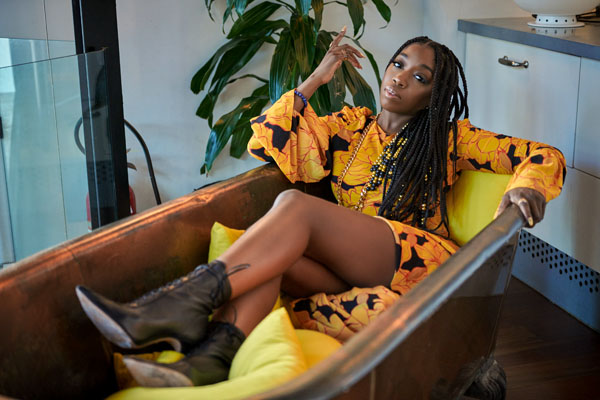 What inspired you to start your own label?

I started the label because someone helped me along and gave me a hand when I needed a hand. I didn’t have anyone in the beginning to push or promote me so I started with that mentality. I have some artists on my label who are amazing and brilliant themselves, they are great musicians and performers. People on the LA scene know them really well so now it’s just about getting them to that next level.

Who have been your favorite collaborators?

I had so much fun working with everybody on my album. I want to work with everyone.  I’m a fan of reggae music and everyone I asked came on board to do a record with me with super ease. Tarrus Riley is like a walking book of music so he came up with melodies and every melody was brilliant. You run into people every so often who you want to stay close to cause you can always learn from them. 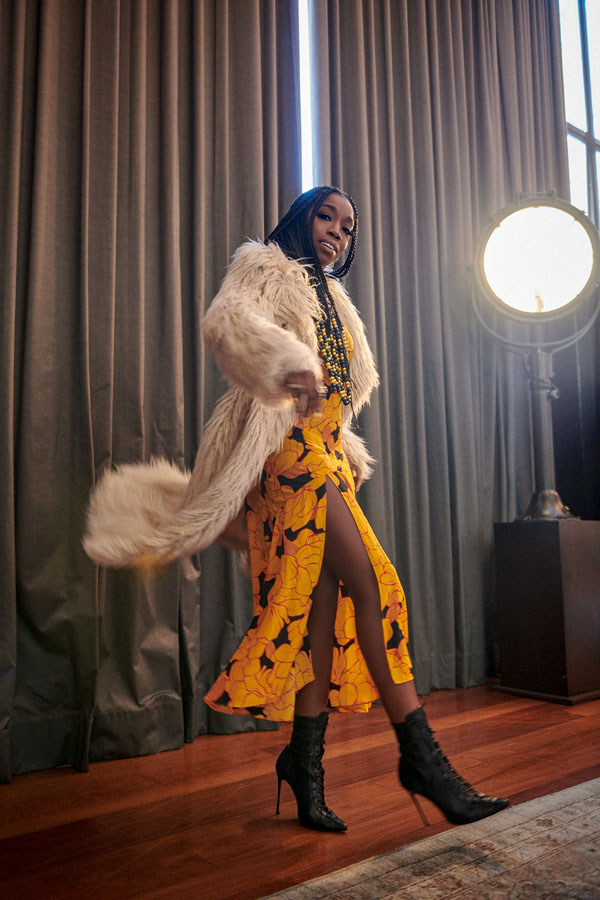 What’s next for you?

I think of myself as a mogul in the making, or in the process. I look at it as this is no different than what Jay-Z and Puffy have been doing but women don’t get that title per se. We’re building our own empires. I’m also moving into acting and TV and film as well as developing the label and doing more behind the scenes music. I love music, I’ll never stop doing it.

I just co-directed, wrote and scripted a three-part video coming out on YouTube called The Mike and Deen story. I’m also going to be doing some more directorial projects for some of my other friends and artists as well as developing different things and I’m just excited about everything. I just finished the first part of the tour and the second one is coming in April.

Shot on location at The World of McIntosh Townhouse | Worldofmcintosh.com