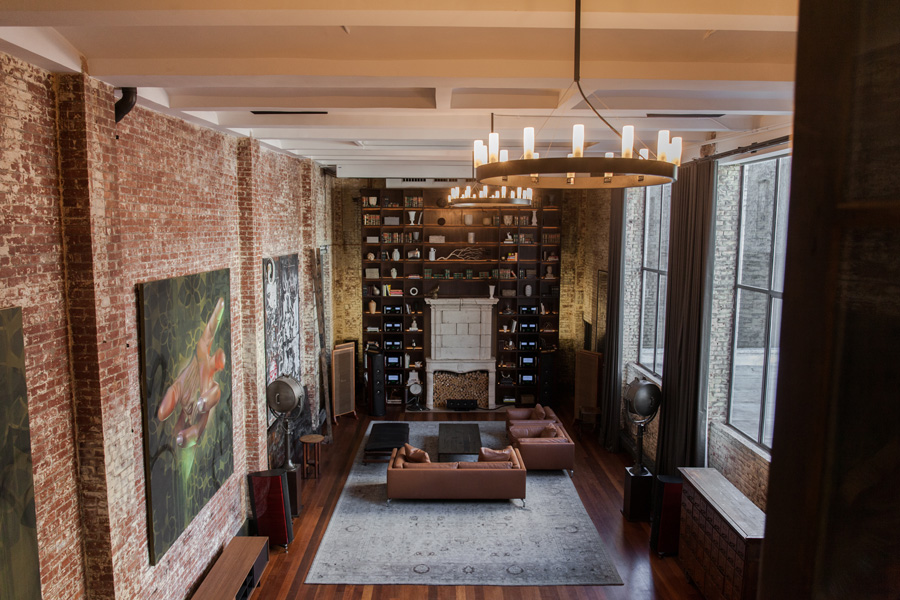 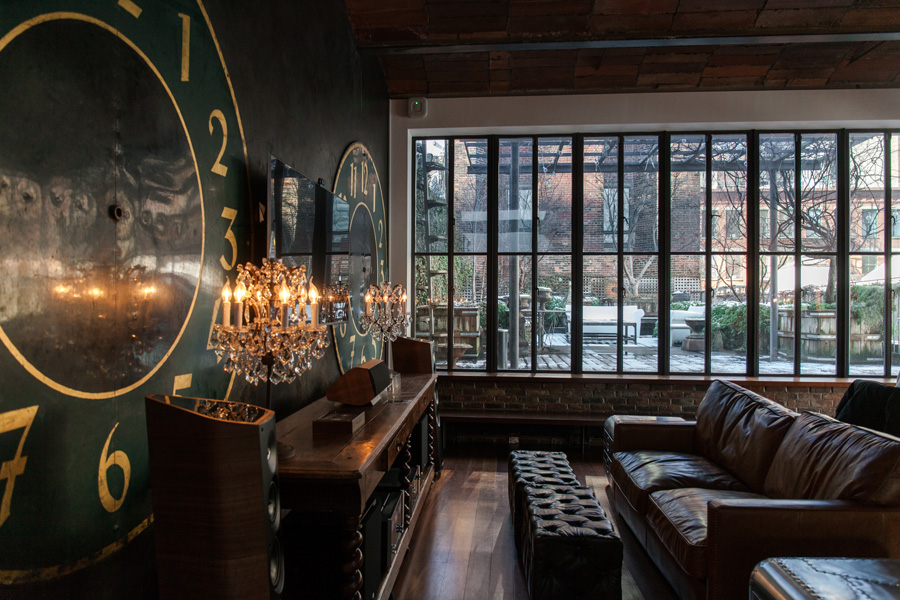 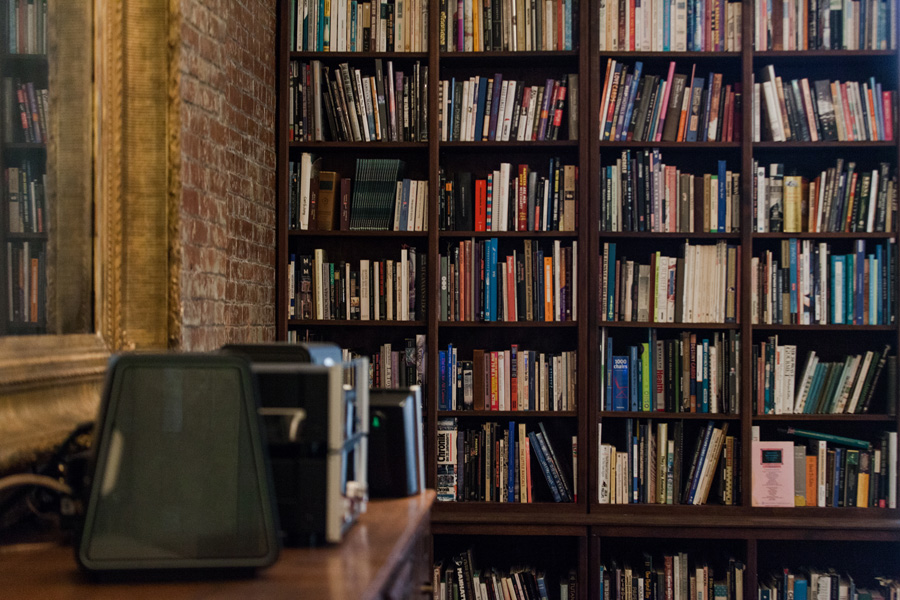 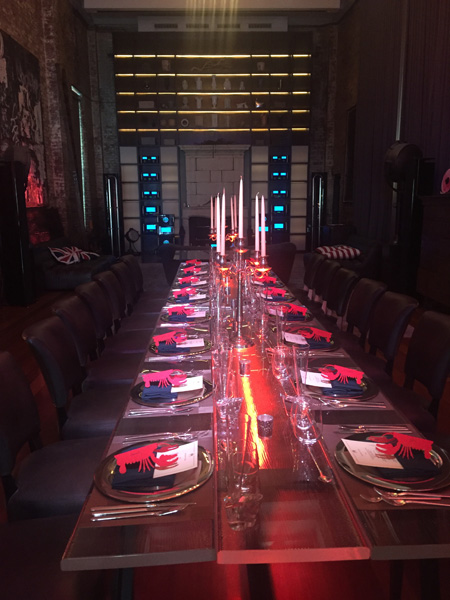 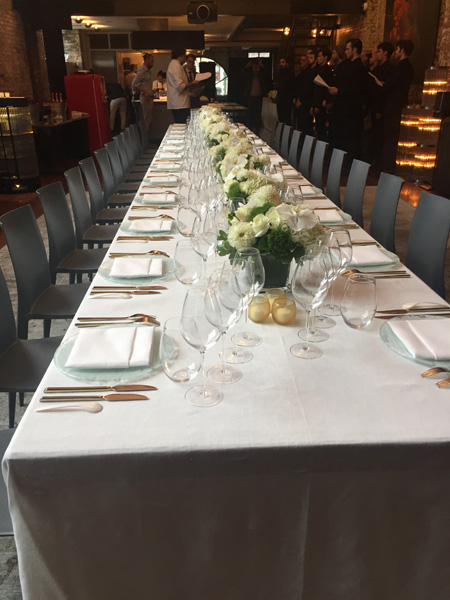 Want to have dinner where Heidi Klum and Seal used to call home? The exclusive dinner series at McIntosh Townhouse let’s you do just that, as the supermodel and singer’s former pad turned sound space is the ultimate spot to sip and swoon! These dinner party partnerships held in the McIntosh’s five-story 12,000 square foot townhouse sound pretty amazing – literally – because McIntosh is known for their unparalleled sound systems. After all, McIntosh Group has been the creator of high end audio systems and industry trailblazers for 70 years.  They’re even behind some of the most iconic moments in music history, including the inaugural Woodstock Music Festival in 1969 followed by the complete production of the Grateful Dead’s Wall of Sound tour in 1974.

When you step into the World of McIntosh Townhouse, which is located behind a discreet door in Soho, you never know who, or what you might find! The décor for each dining event at this audio centric space is just as unique as the playlist – where else you will be able to experience world class food while enjoying a DJ spinning beats in an ultra trendy space which served as a backdrop for season 2 of Mr. Robot and music videos for John Mayer and Beyonce? With fun and eclectic items throughout, including a piece of furniture from The Texas Chainsaw Massacre, this place takes you to another plateau – a very sexy and intriguing plateau.   The World of McIntosh team offers exclusive artist performances, tasting menus with cocktail pairings, synchronized swimmers performing in their indoor pool, a rooftop terrace and even a post-dinner listening room experience.

The dinner series in this luxury townhouse serves up an audio, visual and culinary feast like you’ve never seen or heard before. Each dining event is taken up a few notches, or rather decibels, with their ultimate audio experience, so you can enjoy your meal with music blaring out of world class speakers. After all, World of McIntosh is a one of a kind space which serves the world’s most internationally renowned companies and industry titans with a one of a kind experience. Before becoming a celebrity home – James Franco also lived in the space – the building, which features high ceilings, an indoor pool with exposed brick walls and a whimsical rooftop, is not your average space! The industrial chic townhouse was originally an energy hub substation in the 1920s, powering the lower Manhattan area for over 50 years before being converted into a warehouse that served as an art gallery for the artist community that dominated SoHo in the ‘80s and ‘90s. The building evolved once again when a filmmaker purchased the property and had it transformed into a unique high-end residence. In 2015 the McIntosh Group took over and created the World of McIntosh, and you’re sure to feel like you’ve entered another world when you enter their world!

The immersive space showcases their state-of-the art McIntosh brand products including Sonus faber, Sumiko and Pro-ject Audio Systems, and has multiple private listening areas all in beautifully designed spaces where they intertwine audio, art, design and food – you’ve never seen, or especially heard anything like this before.

Their most recent partnership took place with Tokyo Record Bar when they held a luxe listening and dining experience on Thursday, February 21st . The underground listening room of Tokyo Record Bar came to life on the world’s best sound systems as guests chose a tune from a vinyl playlist, just like in the restaurant! Guests were able to drink their champagne while feeling ready do dance to the music in this intimate dining experience which was curated entirely by the team from Tokyo Record Bar, featuring their signature 7-course menu, plus a champagne bar and even a sake sommelier on site! The team prepared each course in the McIntosh kitchen, which means they were cooking in the same spot where Heidi (or her chef) made meals fit for a model.

The space was transformed into what felt like a Hollywood wedding with a canopy of pink flowers for the intimate dinner which featured music pumping in the background from a system costing over a quarter of a million dollars – an experience which heightens each and every sense. Guests even took home their own vinyl record as a memento, though it might not sound the same without McIntosh equipment!

Since opening their doors in 2017, Tokyo Record Bar has been known for their dedication to quality and obsession with music, food and booze, making their partnership with McIntosh a perfect match. To continue their relationship, the entire restaurant will feature the finest audio gear when the two brands team up, turning Tokyo Record Bar into a year-round extension of the World of McIntosh Townhouse Experience.

While they play host to fashion events, photo shoots and music video filming, this private dinner series is the ultimate way for McIntosh to partner with brands and restaurants which fit their vision and allow them to use their sound systems as a way to elevate each and every sense – and even make you realize new ones.