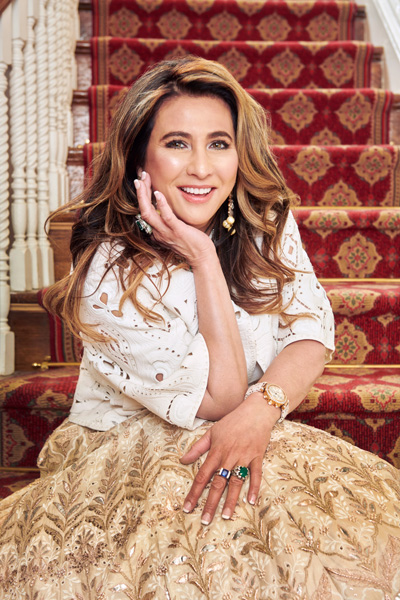 With a heart of gold, or maybe platinum, Meera Gandhi wants to spread joy from Park Avenue to Puerto Rico with her Giving Back Foundation, which combines her love of community service and her commitment to enhancing the lives of others. From volunteering her time as a teenager helping handicapped kids to now providing educational programs and platforms for people around the world, Meera Gandhi is giving back in more ways than one – or a million!

As a teenager, Meera had the chance to meet Mother Teresa while volunteering at the Saint’s Asha Daan House in Mumbai, and it was this encounter that encouraged the teenager to also fashion herself after the ultimate mother of philanthropy, and she has since helped propel others around the world to achieve great things through her unparalleled efforts. Asha Daan means “a gift of love,” and “according to Mother Teresa, when giving, you’re even receiving love, and I think that was the beginning of my journey.” At just sixteen years old, she felt so much joy while working with disabled babies and children who needed help being fed and bathed that Meera, further encouraged by her own mother, wound up going back to Asha Daan every Saturday for the last two years of high school – and when it comes to helping others, she hasn’t looked back since!

This experience continued to influence Meera, especially when she won a scholarship to the United World Colleges in Canada, where she chose to pursue community service and became a ring leader for recruiting students who could dance or play an instrument to perform at the home for the elderly she visited. She even appeared on Canadian TV and had just started going out in the world while already doing something to change it.

The dedicated and mega-talented Meera also realized that “there are different kinds of needs. Maybe in India, the need is more basic for food and water, and in North America, there’s a need to be of service to the older community.” After having been involved in the ballet and Asian Society as well as 75 charities, Meera began to feel a void upon moving to Hong Kong in 2007. She missed being in New York and helping her committees, so she decided to found her own foundation.

“I thought, why not start a foundation where I can hands-on help people. The Giving Back Foundation (TheGivingBackFoundation.net) is an extension of my desire to be more connected to the lives of the people I have attempted to impact. I started the foundation at the end of 2009 and registered it in 2010. We put family money into it, and then I started identifying projects where I wanted to be involved. The first project was a school and hostel in Delhi, so we took it over and we still pay for all the students’ uniforms, food, tuition and board. We have a minivan to take them to school, plus I put in gardens which are equivalent to those you would have in any upscale home in India. That was the first mandate in education, and the second mission was to be a platform for positive debate. I would speak at debates or provide platforms for Millennials to perform, and I also bring different charities together. My last mission, which I started in 2013 when I came back to New York, has been to create happiness and joyfulness, because I started to see a lot of my friends who were well-off become very discontent, and I started wondering, why are you unhappy? That same time, I started following a  spiritual leader, Sadhguru, who explained that happiness is a muscle. Happiness is not endowed, it’s a mindset, and you have to recognize a happy moment, and if you live in the present moment, everything is happy.”

This fierce philanthropist’s foundation is aimed towards the development of women and children through education, and it supports charities with strong female leadership programs and workshops including the Cherie Blair Foundation for Women and the Eleanor Roosevelt Leadership Centre, for which the foundation provides awards and honorariums to teenage students on an annual basis. They also provide grants to South Asian college students for their studies at Baruch College in New York City.

The talented Meera brought her talents to TV with The Meera Gandhi Show on B4U TV Network, which aired in over 100 countries and eventually went into re-runs and can now be viewed on YouTube. Meera brought a diverse range of people on the show, from DJs to doctors to diplomats, with talks about health and happiness and being mindful even when you go out to have fun. The series was intended to re-discover tools to de-stress and to live a more joyful, positive life.

“People enjoyed the simple philosophy we were offering and appreciated us bringing people of all backgrounds and interests on. The truth of life came out on the show when we talked about different experiences. I took the series and turned it into a book, which is close to going to print.”

The Giving Back Foundation is the foundation that keeps on, well…giving! From Meera’s coffee table book called Giving Back to a film featuring stories of her friends who are helping to change the world to the Giving Candle and Giving Fragrance, all proceeds are given to charity. With decades of projects under her belt, which she has dedicated her time and money to, what more can Meera do? According to this humble humanitarian, she is just going to keep on helping however she can! 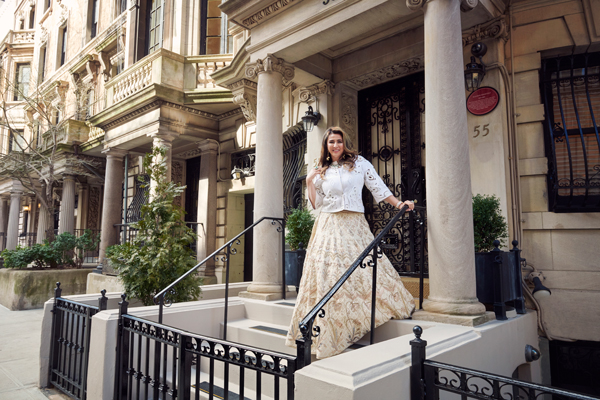 “We are at a point where we are influencing the landscape. I’ve come out with a product and one hundred percent of the profits are going to the foundation because there’s so much that needs to be done. These projects will have a big social outcome. Many people work with us, but it’s a very personal foundation. I direct it, I live it, I thrive from running it and I’m constantly learning. We just have to be happy; it’s one journey, and before we know it, we’re in our eighties. We need to understand that giving is actually the largest form of receiving. When we provide happiness to another, in any way, big or small, happiness comes back to us in the satisfaction that we have contributed to making someone’s life better. We are to the universe only as much as we give back to it.”

When she’s not traveling or meditating, which she credits her heightened sense of awareness to, she’s mentoring her three children – or rather, she’s taught them so much that they’re starting to mentor her! Her daughter, Kiran, a musician and activist who goes by Madame Gandhi on Instagram and was the drummer of M.I.A., is already a spokesperson for big brands including Starbucks and Adidas, and she recently told her mom that while she can keep on doing more and making more money, she came to a point where she said, “I have enough.”

“She’s right. We have to realize when enough is enough. In America, we’re taught that we always need more.”

Whether it’s through music, food or living healthy, her children are all starting to make their own mark on the world, in their own way. Her middle daughter is working for a huge lobbying firm in DC while also growing her own vegetables in an urban garden, while her Harvard-graduate son is taking a hard look at the world of capitalism and how business is being done – you can thank him if you wind up being able to work from home, or on the beach one day, instead of in your office, which he thinks is becoming an outdated expectation.

“I have always thought the concept of legacy is self-defeating to my motto in life, which is to live in the moment. When we leave a legacy, the burden to continue falls to the next generation. I think every generation should write their own book of life and not carry on the previous generation’s dreams and goals.”

When it comes to the future of education, Meera believes everything is going to go the digital route. From Harvard to Yale, online course and digital classrooms will give everyone the chance to be educated. After all, anyone can go on Google or YouTube and learn about anything and everything they want. She also believes that at the end of the day, “people want to do good.”

“Millennials want to help; they’re rewriting dialogue, and so is Generation Z. I’m proud that we bring people of all ages together for dialogue and debate, in addition to sponsoring music and art shows. In keeping with the second part of our mission, we just sponsored something Upstate, a summer camp for children, which lasted over a week, and 500 kids from all walks of life came each and every day. We are able to enable other people to do things, and we can send them a check to get started. I get a good feeling if a project is worthwhile, and I love helping charities around the world. We even support Marc Anthony’s charity, Maestro Cares, by helping to open schools in Columbia and Mexico.”

While most people look at Meera as an inspirational figure, Meera has always been inspired by Eleanor Roosevelt, so it’s no surprise she lives in a famous historic house, which was the former home of First Lady Eleanor Roosevelt on the Upper East Side.

“All the people around me motivate me to take up a new initiative towards giving back, and Eleanor is one of those special people who encourages me and keeps me motivated.”

In addition to helping and caring for others, this Meera-culous giver believes that “to love others we must love ourselves, so we should pamper ourselves. I see loving myself as the action of self-love and self-care in my everyday life, from deciding what to eat to who and what I surround myself with. Giving Back is also my way of doing something for myself, as the joy of it is incomparable. Loving yourself is the practice of self-love, and it’s ongoing.”

To fully grasp all that she does to help others, you’d have to walk a mile, or rather a million miles, in Meera’s shoes! This superhuman humanitarian believes that giving back doesn’t merely mean giving money, but also time and emotional support, and that the more she gives, the more she receives, which means she already has more love and gratitude than most of us could handle, but Meera handles it with grace and style. After all, she just wants everyone to be happy, one helping hand, or heart, at a time.