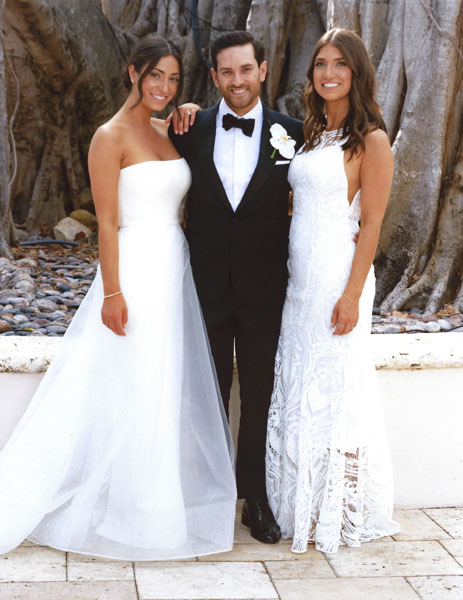 The stars were in perfect alignment on the evening of March 30th for the wedding of Alexandra Avery Barnhart and Evan Ian Sopher. The couple was married at the historic Vanderbilt Mansion on Miami’s Fisher Island. Meridith F. Sopher, the sister of the groom, performed the ceremony.

Ms. Barnhart, 26, is a New York City-based Investment Advisor for Stifel Nicolas.  She graduated from the University of Pittsburgh and received a Bachelor’s degree in Communications.

Mr. Sopher, 32, is President of his family’s prominent commercial real estate management firm, The Sopher Group, in New York City.  He graduated from Boston University with a Bachelor’s degree in Hospitality Administration.

He is the son of real estate and parking lot magnate Jacob “Hank” Sopher and Jonee Sopher of New York City.  In addition to operating large garages in New York and Miami, his father is the former Chief Executive Officer of both J. I. Sopher Realty and The Sopher Group.  He is also an avid collector of fine art.