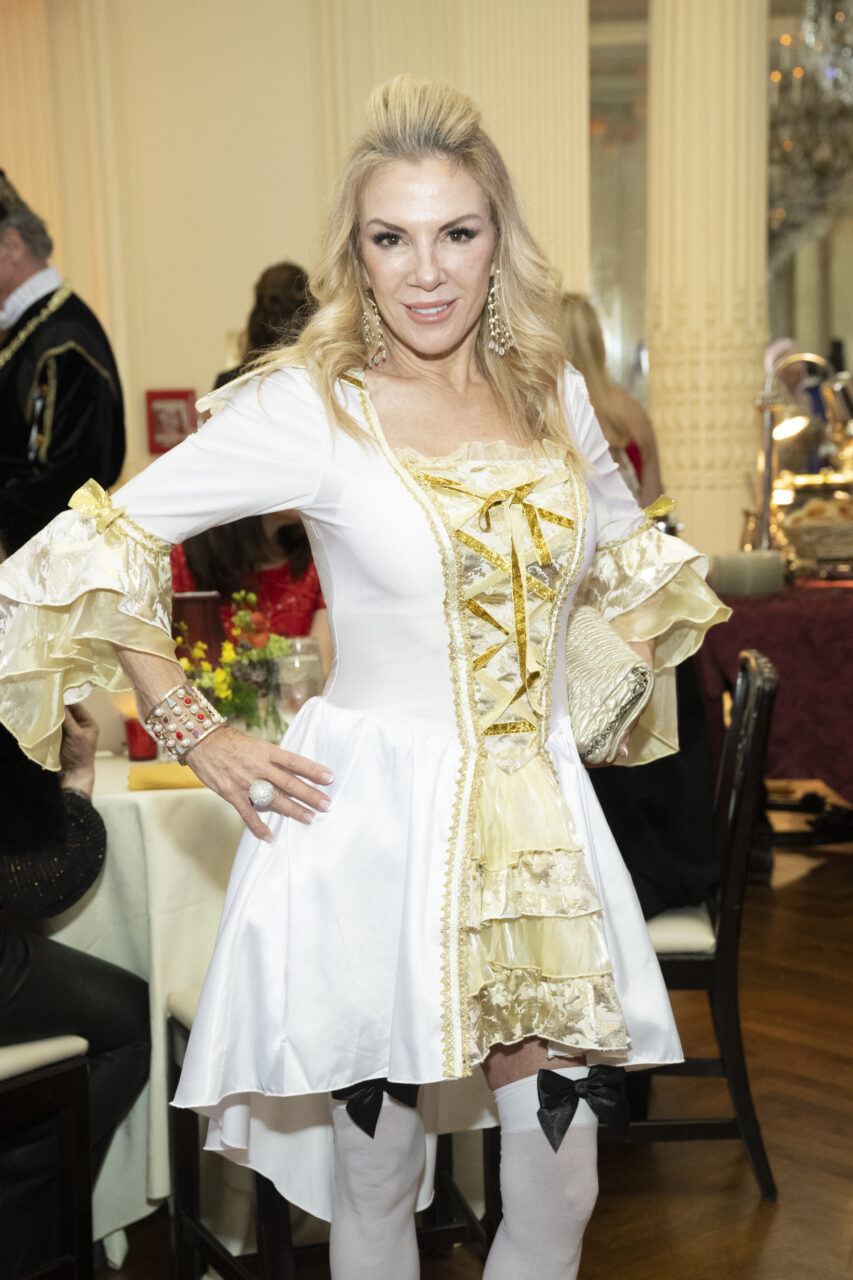 Actress, Philanthropist, and Author Leesa Rowland hosted her “Royal Ball” at The Lotos Club in New York City – an affair combining Regal Spendor with a heartfelt tribute to Her Majesty Queen Elizabeth II. The light-hearted party was a throwback to the times of Kings, Queens and the Royal Court. Guests wore their best Court inspired costumes while enjoying cocktails, and dancing to live music.

The Reception was held in the exquisite Library at The Lotos Club and all around where cut-outs representing leading members of the Royal Family of the United Kingdom along with Guardsmen, the Royal Carriage and, of course, the Queen’s Corgi’s.

The daughter of an artist and college professor, Leesa Rowland grew up in Austin, Texas where she studied broadcast journalism and later became a classically trained actress at the world-renowned Stella Adler Studio in Los Angeles.

Beyond her extensive career and credits as a film and television actress, she is also well-known for her work as a philanthropist and animal rights activist. A vegan dedicated to healthy eating, she has been active with the national non-profit organization Last Chance for Animals since 1989 and is the president of the New York non-profit group Animal Ashram, which she founded in 2013.

As she continues to develop her work as a philanthropist and involvement with these and other charities while exploring new dramatic roles, Leesa recently began adding something else exciting to her sizzle reel: comedienne. A lifelong sitcom fan, she has been taking comedy classes with Richard Kline – the actor best known as Larry on the late-1970s classic Three’s Company – in Los Angeles. She has also been studying improv and sketch comedy in New York at the famed Upright Citizen’s Brigade whose alumni include Amy Poehler, Horatio Sands, Matt Besser, Matt Walsh and Ian McKay.

Leesa’s new book, The Charisma Factor: Unlock the Secrets of Magnetic Charm and Personal Influence in Your Life, is available in bookstores and online.