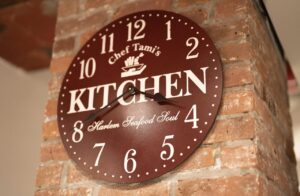 Founded by Chef Tami in Harlem as a mobile food truck culinary
sensation, Harlem Seafood Soul has been featured on Netflix, Vice Munchies, and the Today
Show. Now, with its first-ever permanent residency, Harlem Seafood Soul brings its legendary
comfort food to Brooklyn. 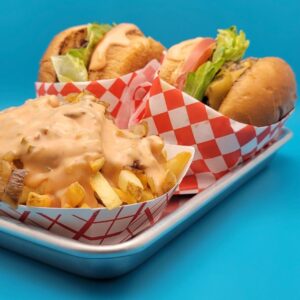 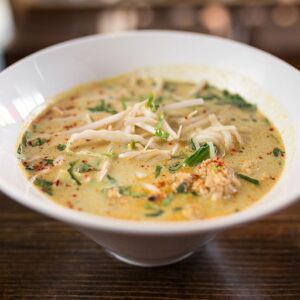 With their famous DIY to-go sushi boxes and their coveted sushi counter seats in the East Village, the trendy sushi and omakase concept Temakase brings hand roll heaven to Williamsburg.

Domenico De Marco, or Dom, opened Di Fara Pizza in 1965 after emigrating to Brooklyn from the Province of Caserta in Italy and opening up on Avenue J in Brooklyn which is now known as the best pizzeria in New York City. This will be DI FARA’s third location, all of which are family-operated.

Declared “the number one sandwich shop in NYC by a landslide; this Manhattan-based sandwich titan is now bringing their beloved paninis across the
river to Brooklyn.

Celebrity chef Ivy Stark has created this vegan comfort food concept with a twist
for Williamsburg.

Inspired by all things created by eggs, Effin Egg is a fast-casual breakfast sandwich
the concept that serves breakfast fare all day long.

Korean rice hotdogs are a wildly popular street food in Korea, that uses a stick to deep fry its signature items until the hotdog turns crispy golden brown. It’s the perfect snack filled with customers; a choice of mozzarella cheese, squid-ink, rice cake, potato, and more. This is the sister location to its Lower East Side outpost in Manhattan.