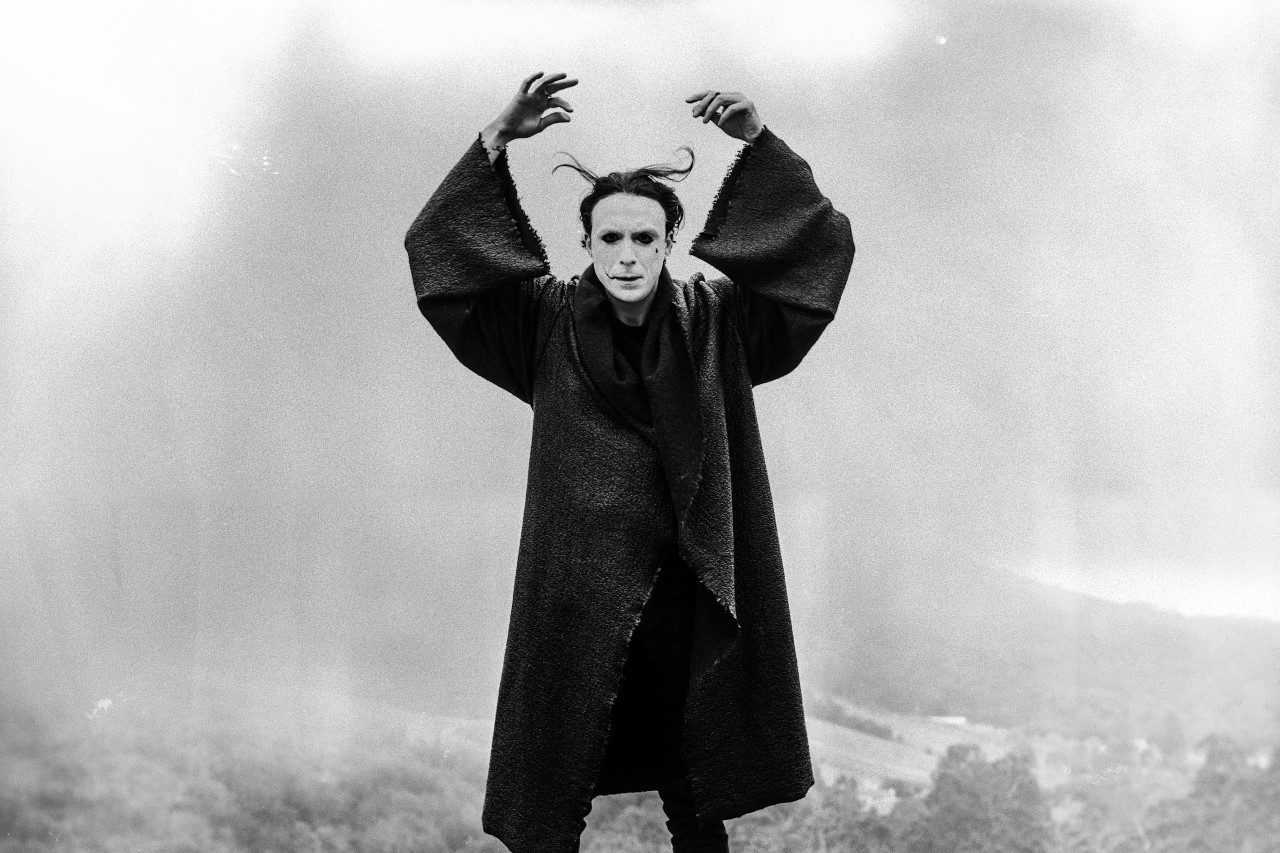 the work of Multidisciplinary Artist Paris Kain Exploring groundbreaking AI and summoning it to see what the iconic fashion brand Versace would look like in a post-human world. 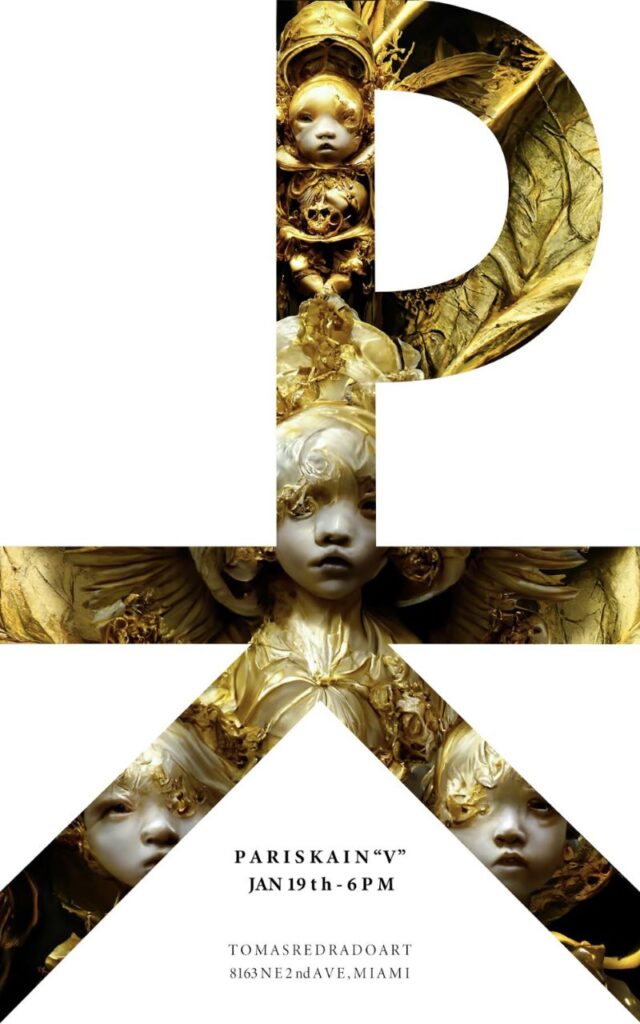 Gen-Z tastemaker Tomás Redrado, CEO and Founder of Tomás Redrado Art, is one of the hottest gallerists in Miami, already creating waves for his impeccable taste and not-to-be-missed exhibitions. “I was lucky enough to travel at a  very young age and go to the most recognized museums in the world, I think all of that opens your mind. I always liked art and had the fantasy of exporting culture. I want to be a cultural bridge builder,” said Redrado.

Multimedia artist Paris Kain’s incredible talents span studio art, contemporary art, photography, film, and jewelry design. In his new exhibit “V”,  Kain juxtaposed George Orwell’s masterpiece 1984 and Artificial Intelligence with a lighter historical fashion trend of the 1990s, another “V” – the iconic Versace silk shirts. A fantasy of vibrant color, elegance, and prestige, “V” serves as an ode to both antiquity which has been largely forgotten, and the new digital world. 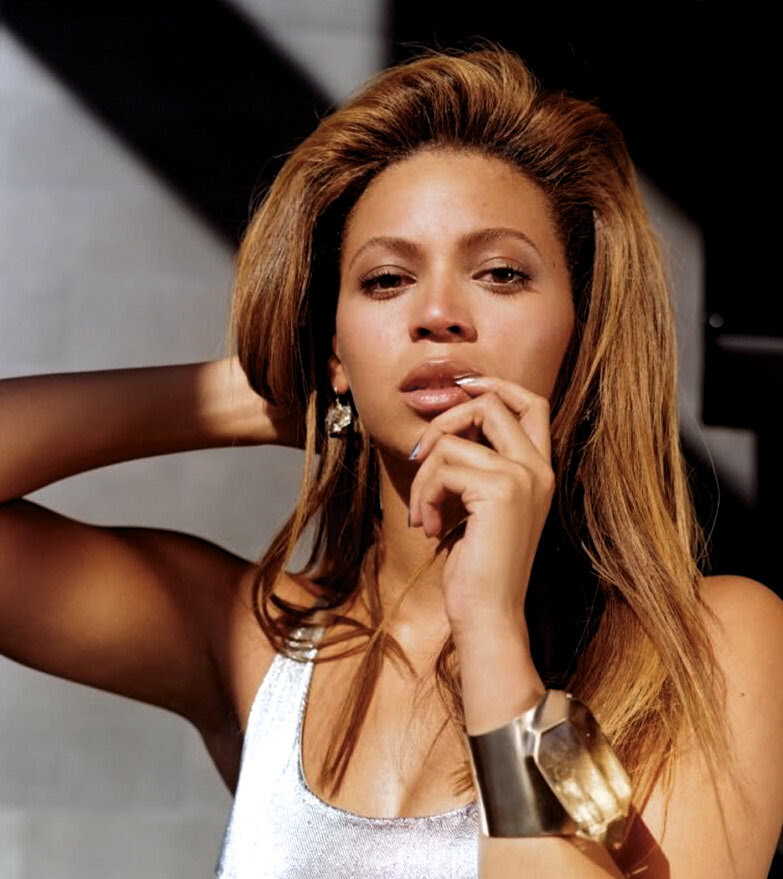 The artworks are a deconstruction as well as an homage to the Symbolism Art Movement and Northern Renaissance. They look like paintings but they are digital images that are imprinted on the finest heavy silk coming from TARONI 1880, a legendary silk factory in Italy that creates the highest haute couture collections. There are 13 pieces total, each piece will be an edition of 2.

1984 by George Orwell, is an iconic and ubiquitous novel relevant to the current geopolitical climate, but it was also the year the kitschy hit TV series “V” was first released.  Its plot: an invading extraterrestrial race “The Visitors,” arrive on Earth with seemingly positive intentions but slowly reveal they’re true machinations as they become deeper ingrained into society. Though the show predates artificial intelligence, it’s a bit prophetic as with many past sci-fi cultural works.  The lightning-fast evolution of AI suggests we are now at the forefront of an omnipresent intelligence of unnatural origins.

Globally renowned investor newsletter“13D” has rung the alarm bell for many years regarding the risk of mass human job loss across both manual labor and knowledge sectors, soon to be replaced by A.I. It’s not a question of ‘if’, but ‘when’.

To offset the intensity of this theme, Kain juxtaposed Artificial Intelligence with a lighter historical fashion trend of the 1990s, another “V” – the iconic Versace silk shirts. According to Kain, never before had there been an explosion of one garment that inclusively spanned cultural communities. A symbol paraded by the hip-hop community, the gay community, and the Latin community. Fine Italian silk is known for its Ancient Greek symbolic prints. A fantasy of vibrant color, elegance, and prestige while serving as an ode to antiquity that has been largely forgotten.

Kain asked himself, what would Versace silk shirts look like in a post-human future form? In homage to these iconic shirts,  Kain spent 100 hours communicating with groundbreaking A.I. to shape this new world. Imprinted on luxurious silk by TARONI 1880, a world both ironic and melancholic was created. “It was indeed a profound experience for me when I realized that I became a robot, creating an intelligence that surpasses my own,” said Kain.

Tomás Redrado Art represents both emerging and well-known Argentine, Latin American, Caribbean, and African artists who are dedicated to creating high-value, innovative, and unique contemporary artwork. Based in the historic neighborhood of Little River in Miami, the gallery space is a hub to build a community merging visual arts, fashion, music, and digital art, with projects having a multi-disciplinary approach. The gallery serves as not only a gallery but also a meeting platform for artists and art collectors featuring workshops and art classes as well. 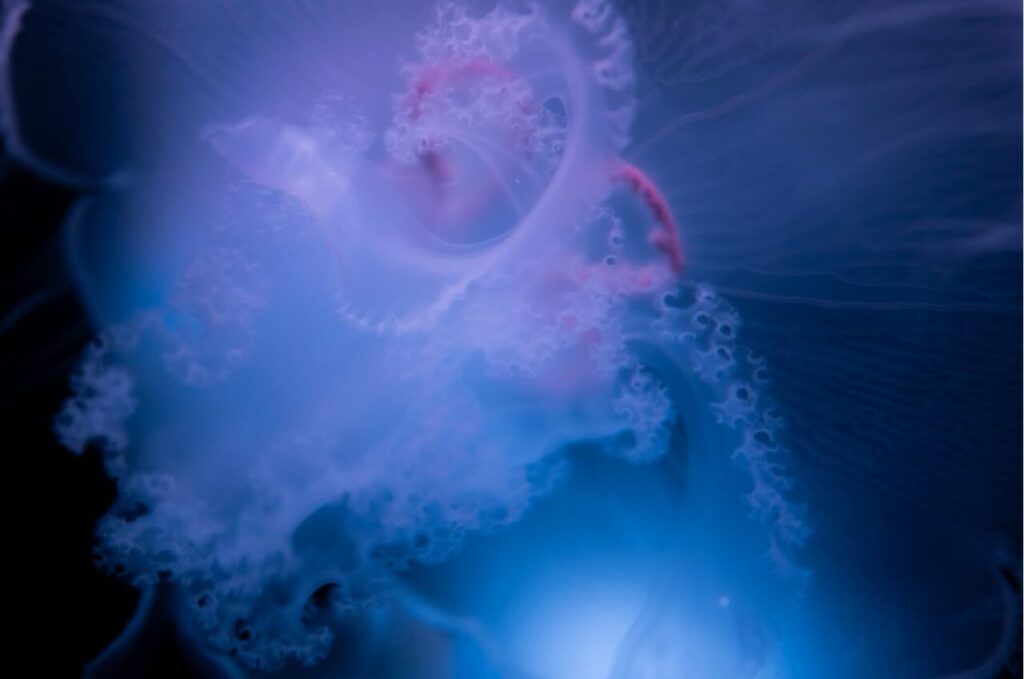 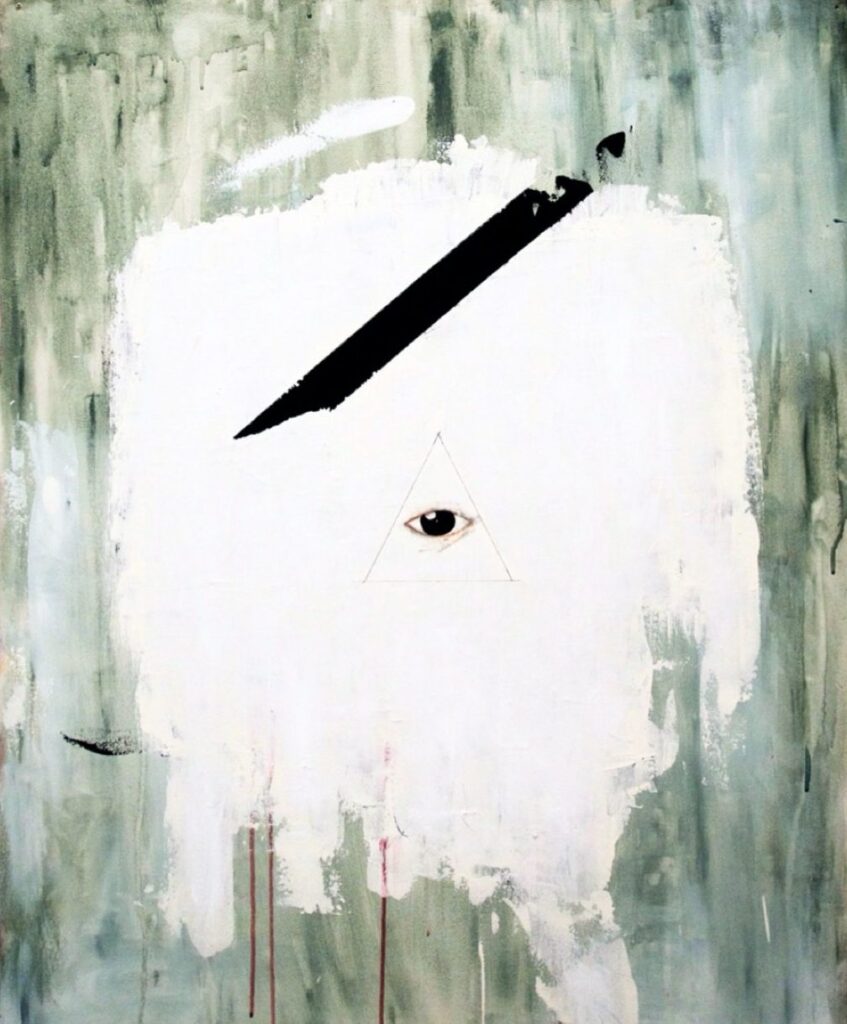 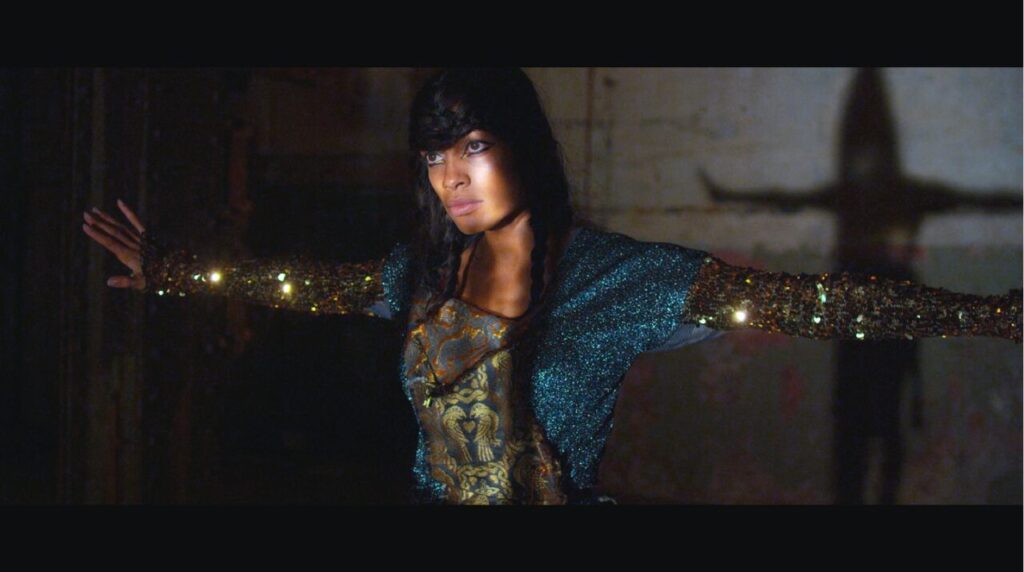 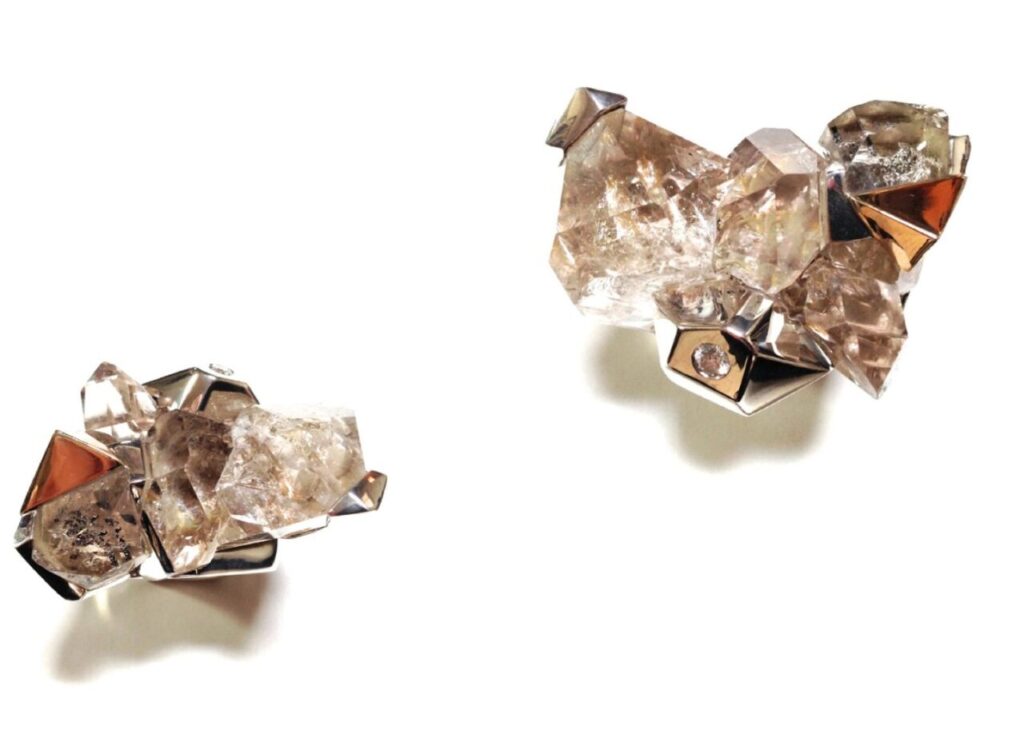 Tomas Redrado Art presents a unique model of contemporary collecting that respects both works of art and artists, looking for collaborative models that adapt to new platforms and promote sustainable and responsible collecting practices. This is possible through TRA’s extensive programming, the development of artist-geared incentives, grant research, and a database of archives to expand the reach of an artist’s career globally. TRA’s programming includes various immersive projects, designed in collaboration with local artists and key partners, ranging from art workshops, interventions, publications, musical studio sessions, and sponsorship of residencies, that provide artists and creatives with the necessary support to grow their careers.

The Gallery collaborates with both aspiring and experienced artists who have established a strong reputation in the Argentine, Latam, European, Caribbean, and African markets and have demonstrated the high quality and exceptional worth of their art through attending various exhibitions and winning awards. 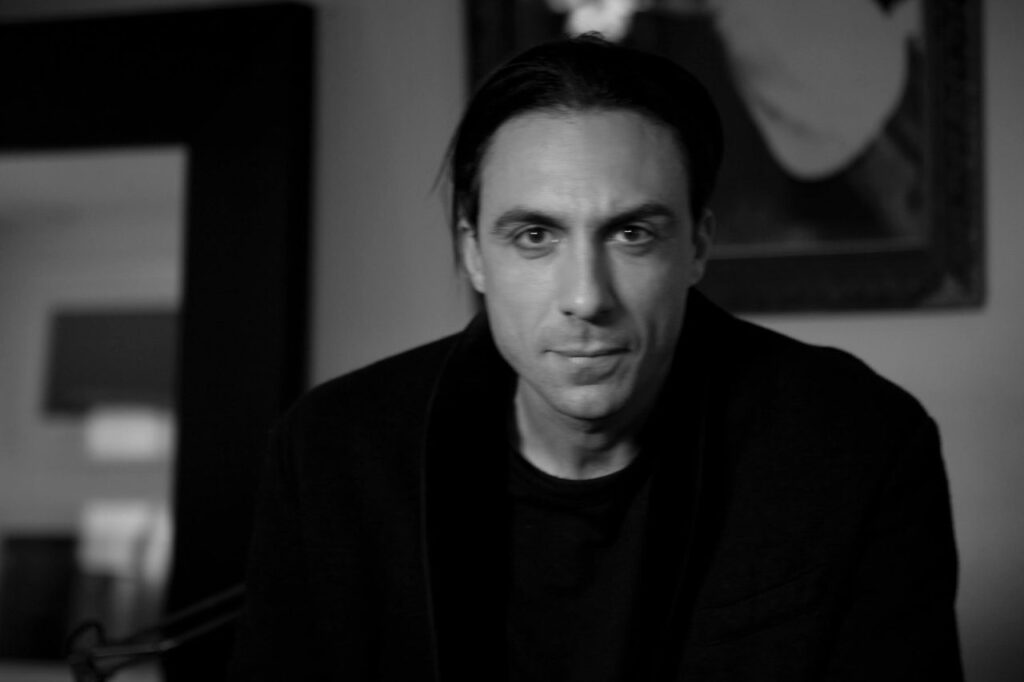 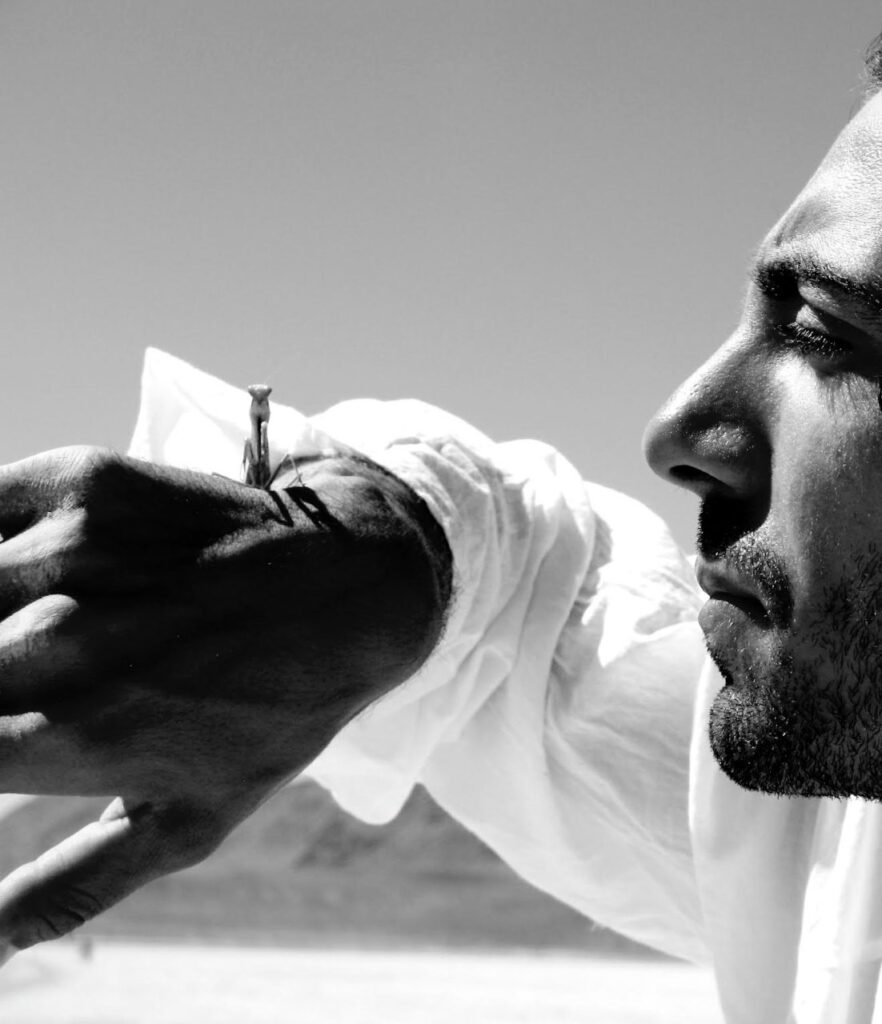 Paris Kain is a multimedia artist born and raised in New York City. As his father was an acclaimed inventor and his mother a master enamelist, the fine arts seemed a natural life path. After spending the night inside the King’s Chamber in the Great Pyramid of Giza, Kain was immediately drawn to ancient history and sacred geometry, an interest that has taken him around the globe, inspiring much of his work. Another major influence on his work is the Gnostic deity named Abraxas, of mythological origins and in Jungian psychology, represents paradoxical conflict. Additionally, he translates similar arcane teachings and philosophies from various cultures into his artistic vision and relationship to shapes. His work has been featured in The New York Times, TIME magazine, W magazine, New York Magazine, Purple Magazine, American Vogue, Italian Vogue, British Vogue, French Vogue, Harper’s Bazaar, The Last Magazine, and others.

Fall in Love with Winston Flowers this Valentine’s Day!